laser is engraving the negative space

I am using LightBurn to laser engrave on wood. I am just trying to print some letters.

In the softwares preview the output looks correct. The black part is where the laser should burn and the red part are traversal/scan lines 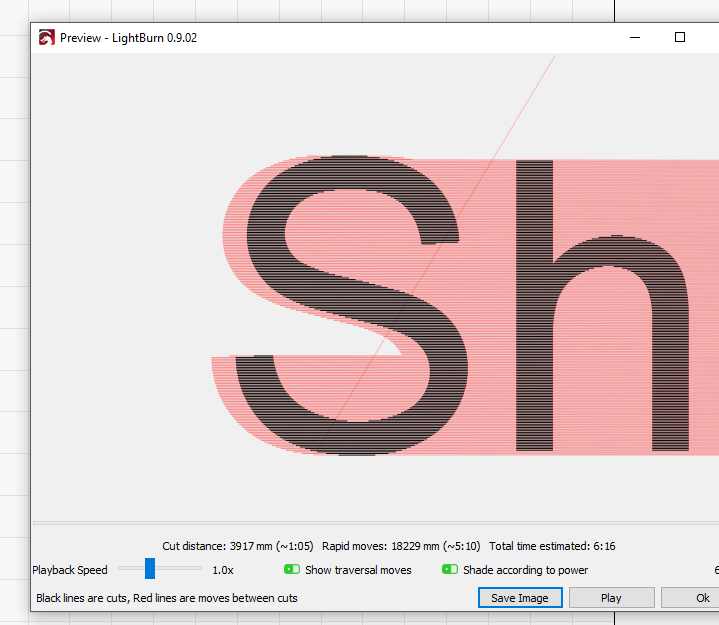 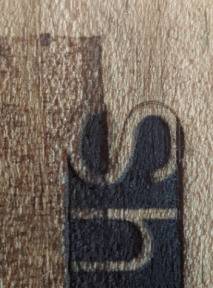 What I was able to figure out is that:

When i stopped using PWM (via the D11) and instead connected directly to D9 (which is for the fan) this issue stops occurring. So this issue is only occurring when I use PWM. Any Guidance on what to check

Update: I read the following on another forum. This might be the root cause here.

M42 is an immediate command and would turn on the laser before it reached its intended start point, M106 and M107 are buffered so the on/off can happen in its intended locations.

M42 command is an immediate command. This means that it will run before the move GCode commands finish. This is exactly what I was facing.

This video has the walk-through of solving the issue:

Here is the relevant PDF it talks about: The 2.8 watt, $100 Laser Upgrade for MPCNC.

Here is the relevant section on page 7 of the PDF:

This is too long for a good comment but may fall short of being a true answer. If the mods prefer, I can recast it as a set of comments.

There are several differences between using a GPIO pin as a binary data pin and using one as a PWM pin, and the behavior depends on several factors:

As @0scar points out, the fan control pin is typically not connected directly to the fan, but instead uses a FET to provide isolation and switch more current than the output pin can provide. Depending on the circuit, it may be inverting or non-inverting. M42 Pxx S255 may be full on or full off. When the fan is controlled through the fan G-code, the firmware can take possible inversion into account.

You haven't said what the input circuit to the laser involves.

Laser etching is generally on-topic for this group given the close association with 3D printing tech, but people are less familiar with the "standard systems". For some of us to be helpful (especially for me to be helpful) we need more of the circuitry and firmware context.

Not the answer you're looking for? Browse other questions tagged g-code laser .