I recently got a MakerBot Replicator 2 from somebody. When I got it, it was not in a working state. The problem is that the LCD screen does not turn on. When turning the printer on, the 5 V and 24 V lights light up and the little lights from the BotSteps (this is how MakerBot calls their Pololu style stepper drivers) also turn on. Furthermore, the LED lighting at the top of the machine also lights up. But, nothing else happens. I am not able to turn on the LCD screen. When connecting the printer to a computer, the printer does show up in Makerbot Desktop though. I have tried to update the firmware but there is still no change (it could be that I did it wrong as I have never owned a Makerbot machine). The Makerbot Desktop did say that the upload was successful and that the current version of firmware is the latest version: 7.6. I read here that it could be the BotSteps (motor drivers). So, I took those out and tried powering on the 3D printer but the LCD screen still did not light up, so it is probably not those either.

Could it be the LCD screen? Or is it the Mightyboard? Or something else?

What have I done already?

I checked the cable of the LCD screen and the screen itself but it looks like it is in a good/decent state (no real big scratches or anything).

This is a picture of the screen without the SD card in it: 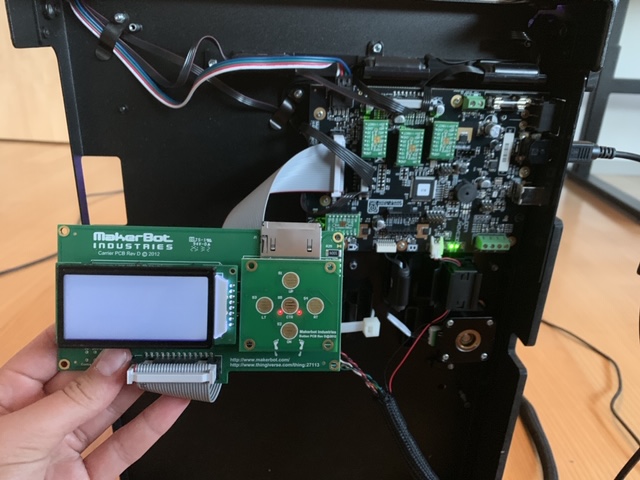 Here is a picture of the LCD screen with the SD card: 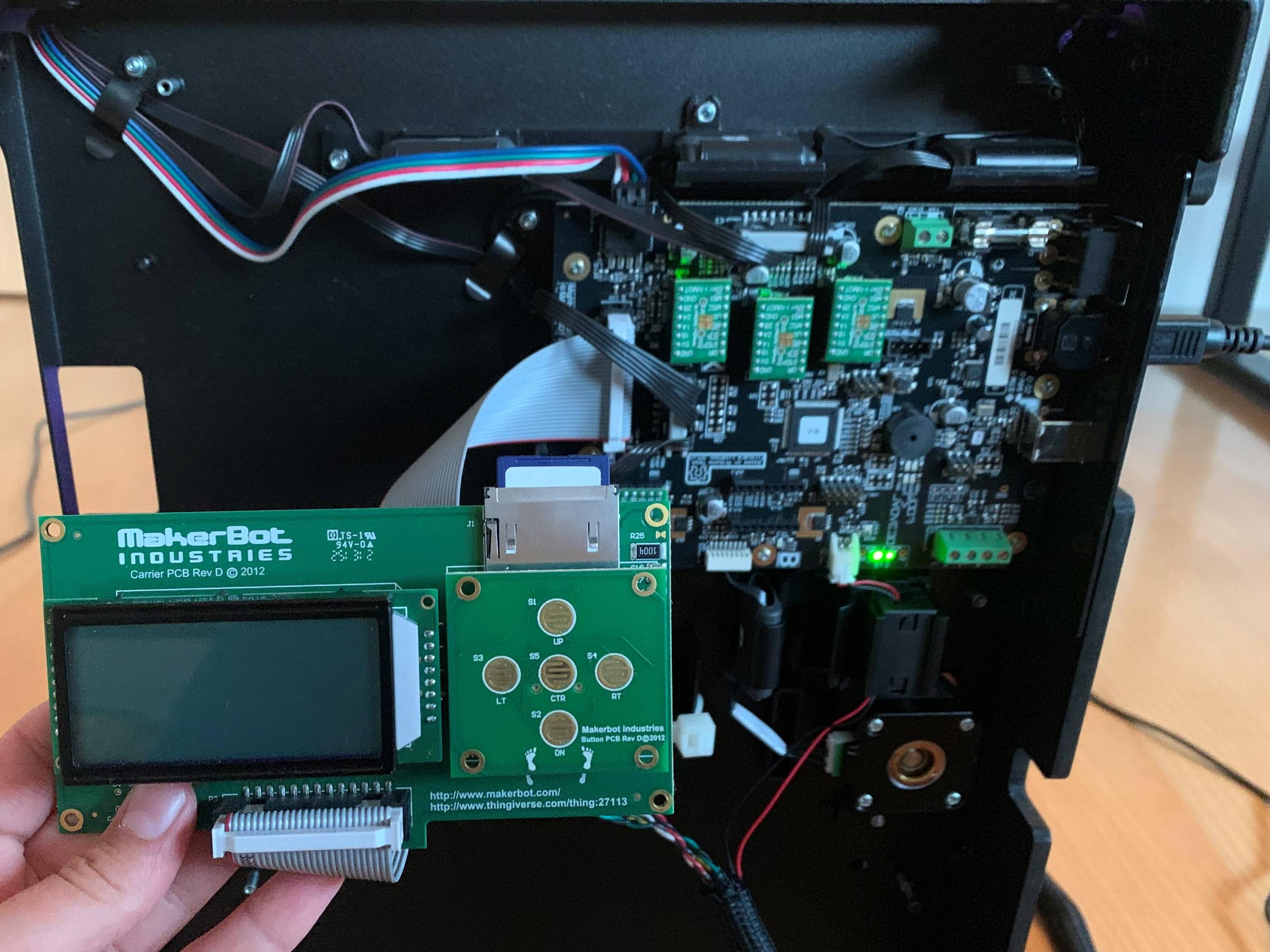 Video of the LCD screen

I have decided to just throw out the Makerbot Hardware/software altogether. I am currently busy on getting it setup with Marlin. I am doing this because this will gave me many more options. Ordering a new lcd screen from Makerbot is really expensive (from that money you can buy almost all of the components that I will be using now). Also, I can update it with a heated bed and auto bed leveling sensor later. I am thinking about maybe creating an Instructable/Medium blog post or something, is anyone interested?

Browse other questions tagged firmware makerbot makerbot-replicator2 lcd-screen or ask your own question.