I was having some issues with printing, most noticeably in this picture: 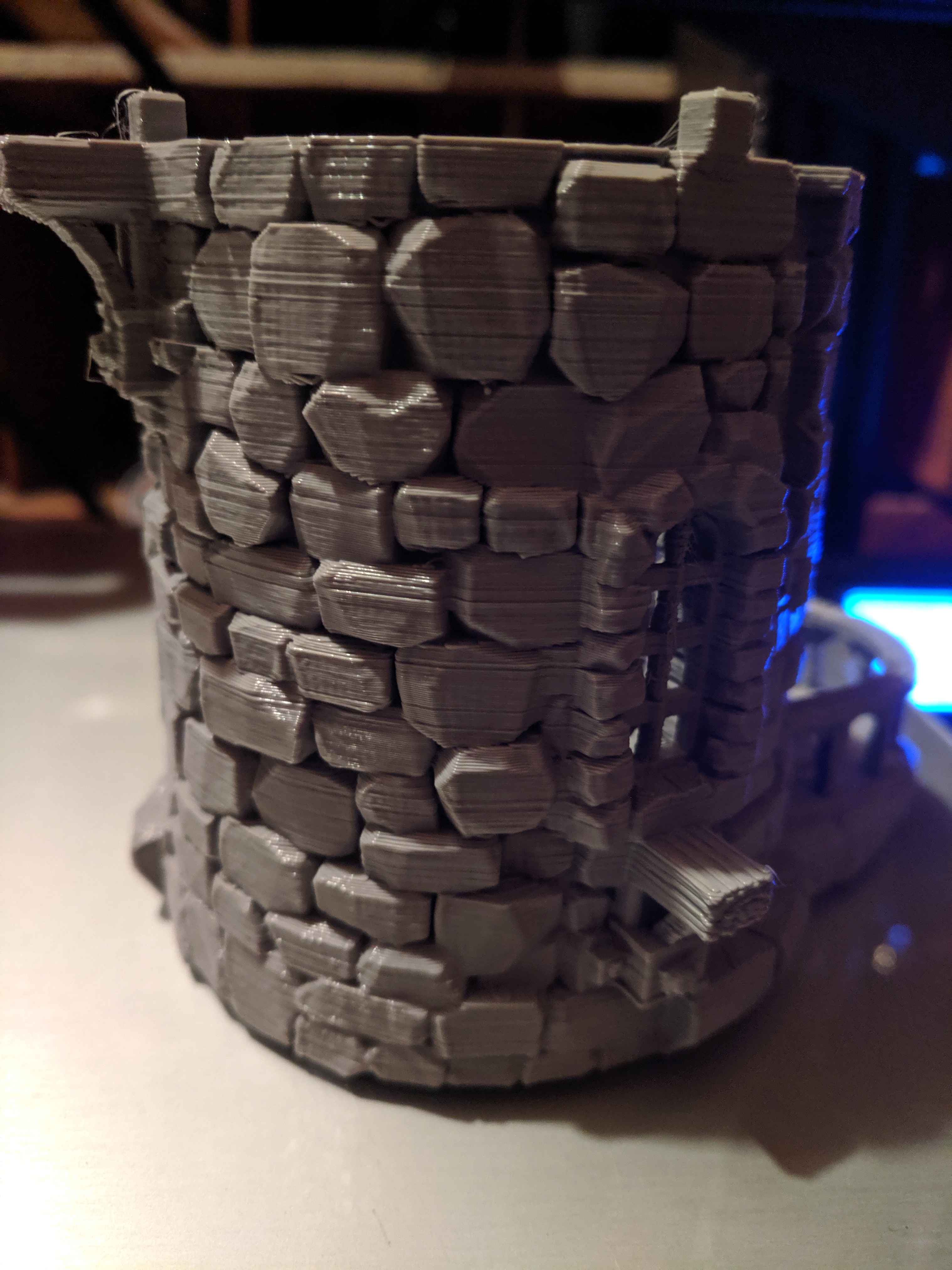 The layers are very noticeable and sometimes have gaps, and the overhangs don't print very well (although the former is more of an issue). I just calibrated my E-steps so I don't think that is the issue. It was doing the same thing before I upgraded anything (i.e., I had issues on stock hardware).

My printer is an Ender 3 with the metal extruder upgrade (which replaces the plastic parts as seen here), an E3D v6, printed fan duct (Bullseye), glass bed, BLTouch, and vanilla Marlin. Pictures of it are also in the below album. The printed upgrades were printed on a Prusa MK3S and don't have the same issue.

I am using Hatchbox 1.75 mm gray PLA, printed at 215 °C with my bed at 60 °C. I am using Ultimaker Cura 4.1 but was also having the problems on an older version of Ultimaker Cura (maybe 3.6, but I can't remember which it was). The problems also existed with some Hatchbox 1.75 mm black PLA but I used the same roll on my Prusa MK3S without any issues, so I'm not sure if filament could be the cause (although it is a different printer so it's still a possibility).

I have tried at different printing speeds and the problem still persists.

I also recently tried varying the temperature during printing (first up to 222 °C then down to 200 °C) with no noticeable difference.

The main issue here (the gaps between layers) was solved by reducing combing.

Combing was enabled without a limit on the range so a max combing distance of 10 mm was introduced. This prevented too much filament from oozing out during travels.

The oozing filament was causing nothing to come out of the nozzle at the beginning of an extrusion, thus creating the gaps that were consistent in location.

These lines could be caused by a mechanical issue with the printer; it looks as if the positioning is not up to par.

This can be related to loose belts of the X-axis and Y-axis, or play in your system, e.g. look at the rollers of the carriage.

I've experienced an issue with play between the idler mounts and the smooth linear rods on a cheap 3D printer kit myself, but that is not the case here. Just added to explain where play may come from.