Why do my prints have such a rough surface? (Taz Lulzbot Pro)

Things we tried to get it to work:

The printer managed to print, but the samples printed were of very poor quality and are filled with ridges and has an uneven surface (I've attached a picture below). The printer automatically cancels the print and quits printing on layer three because the nozzle rubs against these ridges and cannot print properly. 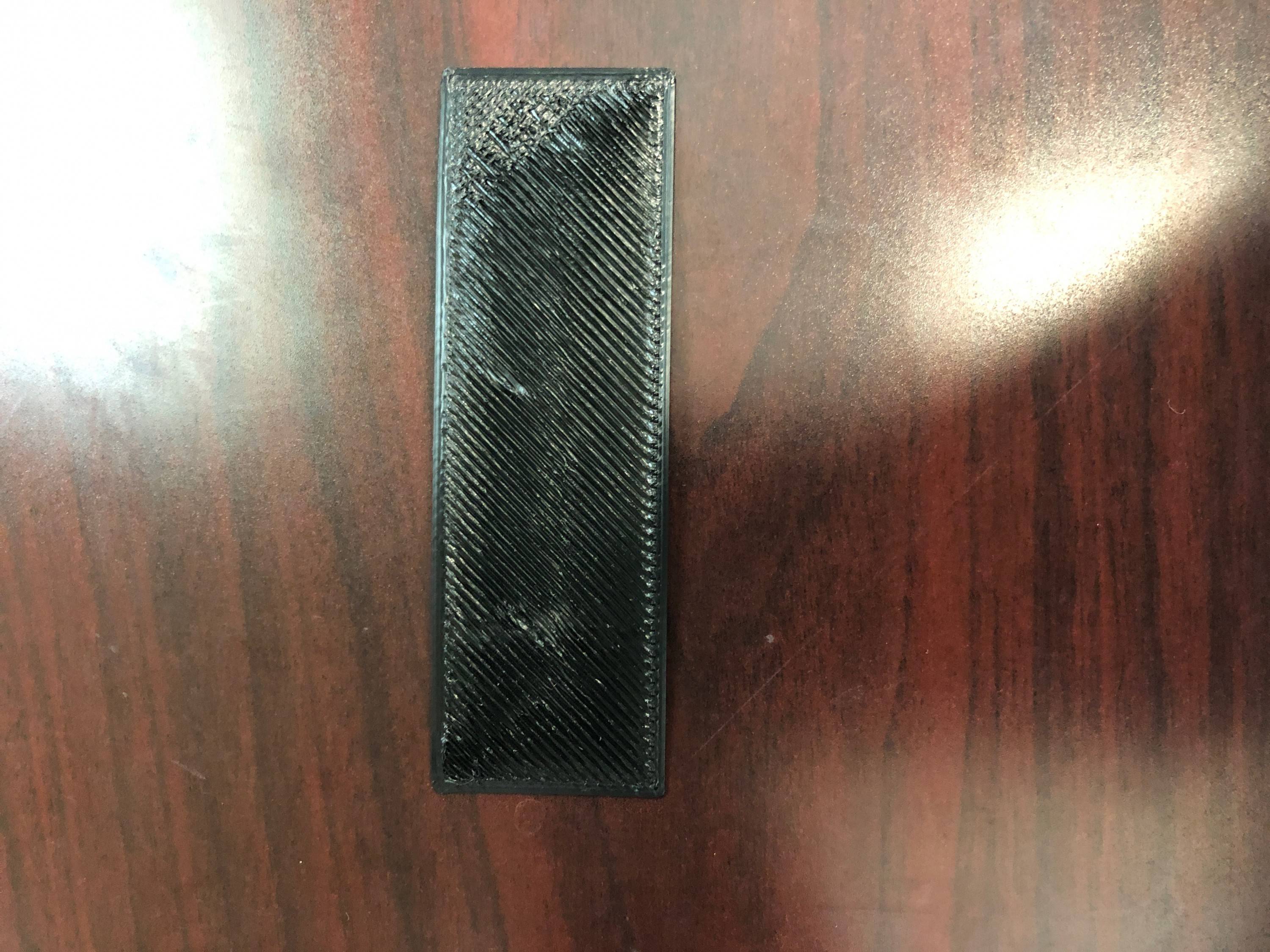 What are settings that may lead to this issue? What is a good place to start trying to improve my results?

This looks like Z axis offset is set incorrectly. That should come with an appropriate setting from the factory (for my printer it's -.85mm), but that setting can get lost a few ways; you can either reenter the factory setting (if your print head hasn't been opened up), or recalibrate -- but if doing the latter, be sure the nozzle is clean, or the calibration routine can cause the problem you're trying to solve!

If You've Never Reassembled Your Toolhead

Check that the settings from the QA record are still installed.

Your printer came with a sheet of paper including all the measurements that were taken when the calibration prints that came with it were created. If you updated firmware with several versions of Cura LE between the Pro's release and the fix for the relevant bug, the update would have cleared the EEPROM with those settings. A good place to start is to put them back in.

If You Have Reassembled Your Toolhead

"Clean the nozzle", that is, by bringing it up to temperature and using the brillo pad that came in the little toolkit with the printer.

When I say "automatic calibration", I'm not referring to the leveling routine that runs with every print, but the longer routine that's accessed under "Measure automatically" button in the backlash or nozzle offset "Advanced Settings" LCD menu.

The automatic calibration routines determine when the head is in contact with the calibration cube via electrical conductivity. If there's anything on the head that can stop a circuit from being created the moment it touches the cube, that's going to throw off the calculated locations.

(BTW, if your printer doesn't warn you on the LCD display that the head should be clean and unloaded when running this operation, you're probably on old firmware; update Cura LE, and let it upload new firmware for you).

The test print at https://download.lulzbot.com/TAZ/TAZ_Pro/v1.0.3/sample_prints/calibration/vernier_dim-test.gcode (which is perhaps more compact than the one that came with your printer, if you got one of the very first units off the assembly line) pairs with the instructions/documentation in steps 15-19 at https://ohai.lulzbot.com/project/calibration-taz-pro/quiver/. That said, the Z-axis measurements are mostly pertinent for the very beginning of step 15, measuring the height of the skirt around the print before it starts. (You'll want to either pause or cancel the print to remove the skirt for measurement in your calipers; the sample gcode delay isn't long enough to do it carefully otherwise!).

And Don't Be Afraid To Call Support

Customer service from folks who know their stuff and are around evenings and weekends are part of what you're paying for when you buy a Lulzbot. The above is taken from my experience diagnosing quality issues on a TAZ Pro, but support knows what they're doing much better than I do; don't be shy about taking advantage!

Not the answer you're looking for? Browse other questions tagged print-quality 3d-models lulzbot .

6
Large flat ABS print curling during cooldown
5
Why are my prints so defective?
6
White PLA prints frequently have rough sidewalls near top of the print
1
Problem With large prints on Lulzbot Taz6
7
Is a dual extruder a reasonable choice for all-purpose printing
5
Marlin Minimum X/Y Feedrate
3
Is this articulated Turtle print failing because of over extrusion on a Taz Workhorse?
2
3D printer destroys part by lowering nozzle