Printer head too low when printing

My CR-10 printer seems to be trying to print the model 4 or 5 layers too low. This means that for the first few layers, the printing nozzle is forced against the bed, preventing extrusion until the print reaches higher layers.

This results in the bottom part of the print having the internal structure visible and the printing head deteriorating. I had to remove the old nozzle because it was clogged up with what I believe to be some residue that was picked up during preceding prints. 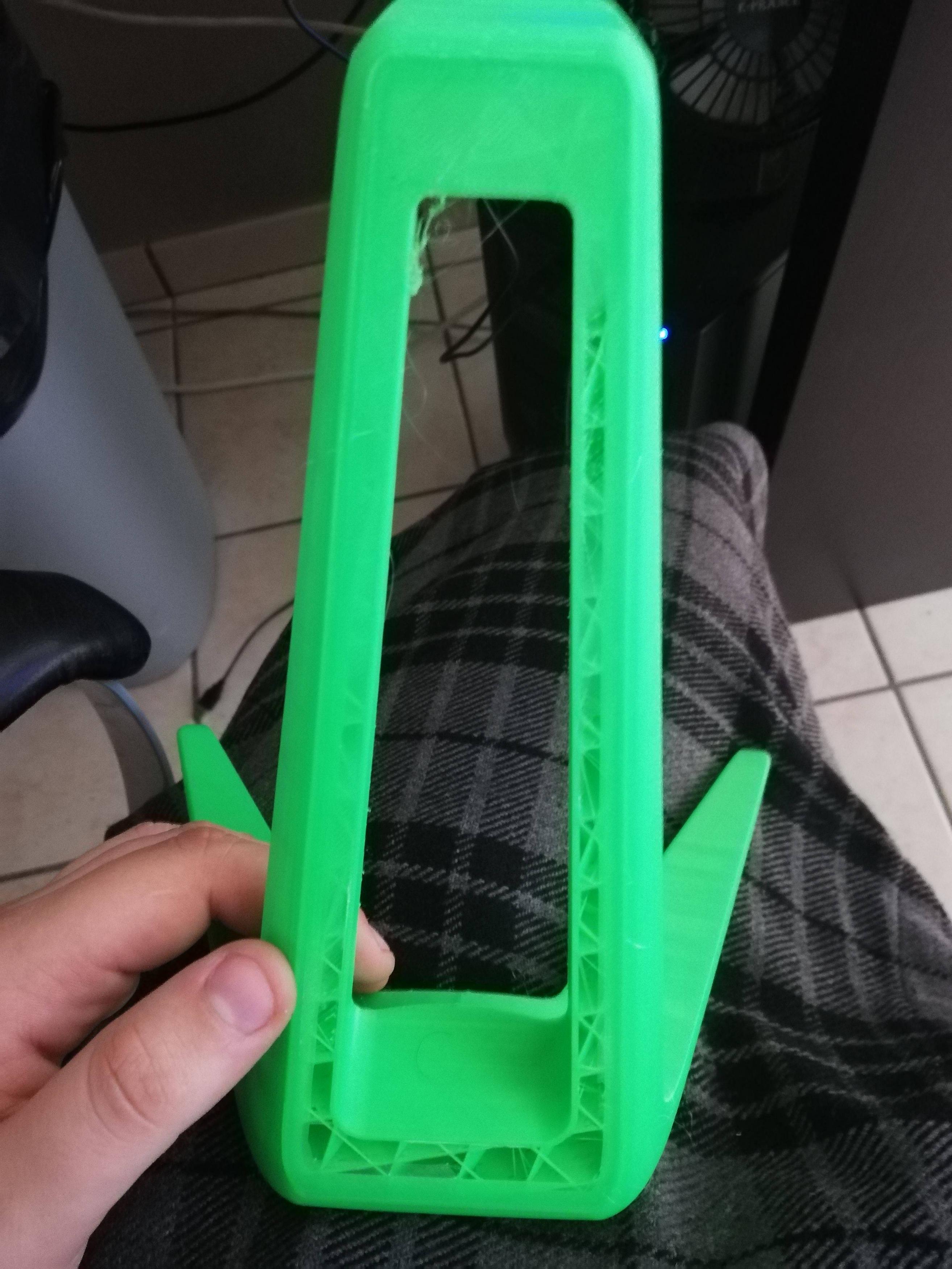 note: On this print, the top part is almost-well printed. It cannot be seen in pictures, but I say "almost" because the well-printed part is still much thinner than expected. This is the result of my purposeful mis-leveling the bed so that the part where the printer "homes" is higher than the lower part. I did this to see if there was any obvious bending of the printing bed. Doesn't look like there is.

The printer used to work perfectly well and I do not remember having changed anything before the problem arose. I recently changed the nozzle and made sure to tighten it as high as possible but the Z-offset problem still persists.

Did you verify the Cura z-offset actually changed the corresponding G-Codes?

I had the opposite problem on my RF1000. To fix the problem I added the following 2 lines to my start G-Codes:

The first line was default in some example prints and is (as far as I know) only used by Renkforce printers. The second line moves the nozzle closer to the bed. In your case you'd have to move it further away and would need a positive Z value.

TLDR; Make sure the bed isn't too high, the z-axis should reach the end-of-rail indicator without forcing against the bed

So it appears I simply misunderstood (or mis-assumed) the way my printer works.

For some reason I believed that it was the printing head, while auto-homeing, that was defining the "point zero" for the z axis. Didn't realize, even after disassembled the whole head block, that there was no such mechanism built in.

While zeroing it before starting my on-going print I noticed the "click" of the end-of-rail switch for the z-axis while the head was forcing against the bed, desperately trying to reach that damn switch. Then it all clicked together ...

For some reason a few weeks ago I decided to level the bed by raising the z-axis by spinning the its driving wheel by hand, taking it very far from the end-of-rail stopper. Ever since then I've been leveling the bed this way, not realizing I was preventing the head from reaching end-of-rail without having to force against the bed.

So yeah, just took the bed as far down as possible, made the printer auto-home and leveled the bed from there, as it should be done, and my print is now going very well.

Not the answer you're looking for? Browse other questions tagged z-axis creality-cr-10 .

9
Nozzle rubs on previous layers
6
First layer height problem after changing nozzle
7
Nozzle heats up past the setpoint and increases
3
CR-10S Pro pausing and starting again
1
Odd dotting when printing a line
2
Why is BLTouch Still Probing Off the Bed Even When `NOZZLE_TO_PROBE_OFFSET` is Set?
3
CR-10 randomly loses connection to computer when printing over USB