I am trying to print a 12 hole Ocarina I found on thingiverse. When printing I have to stop it around 25-30 layers because the edge of the shell is higher then the infill. 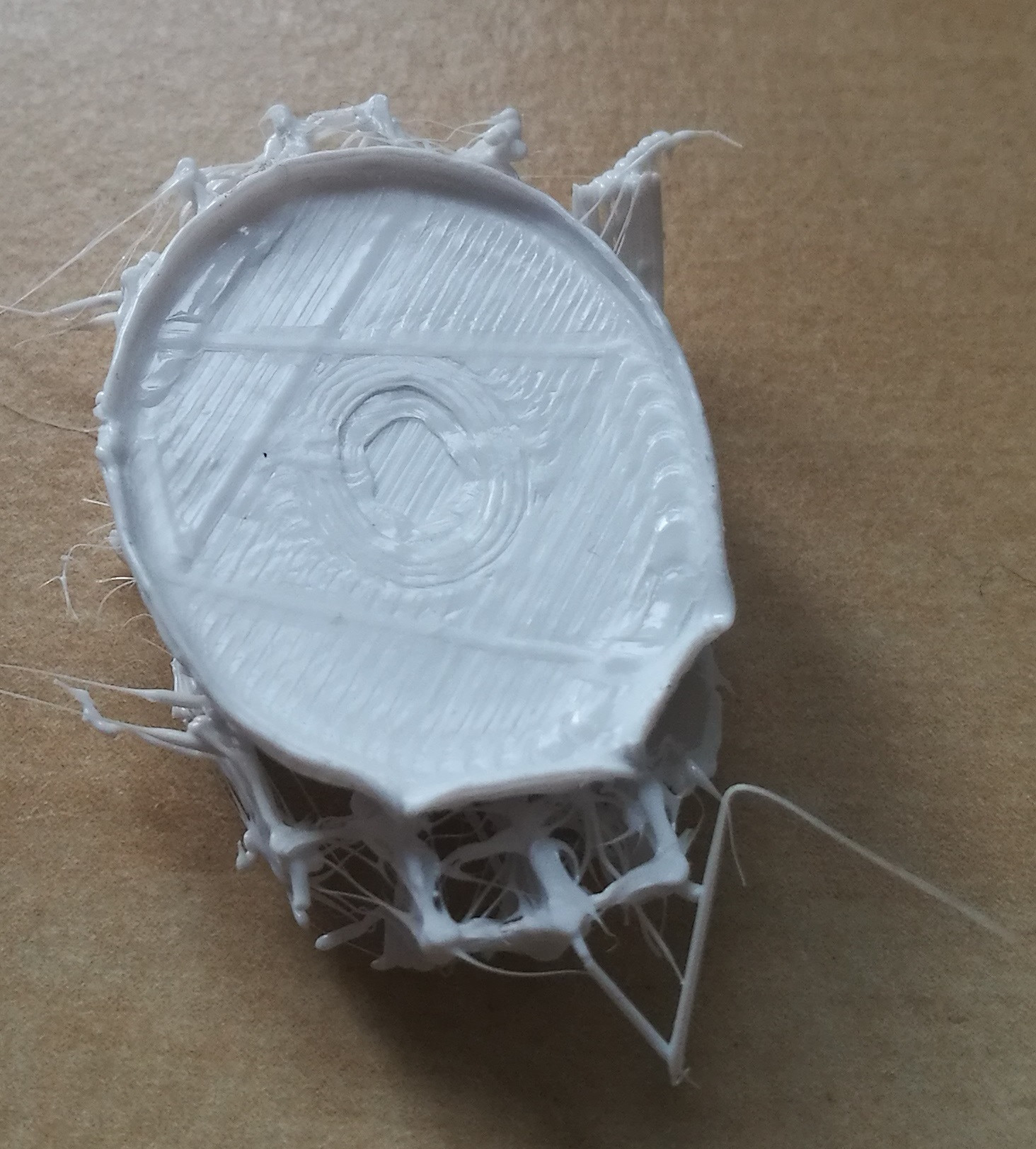 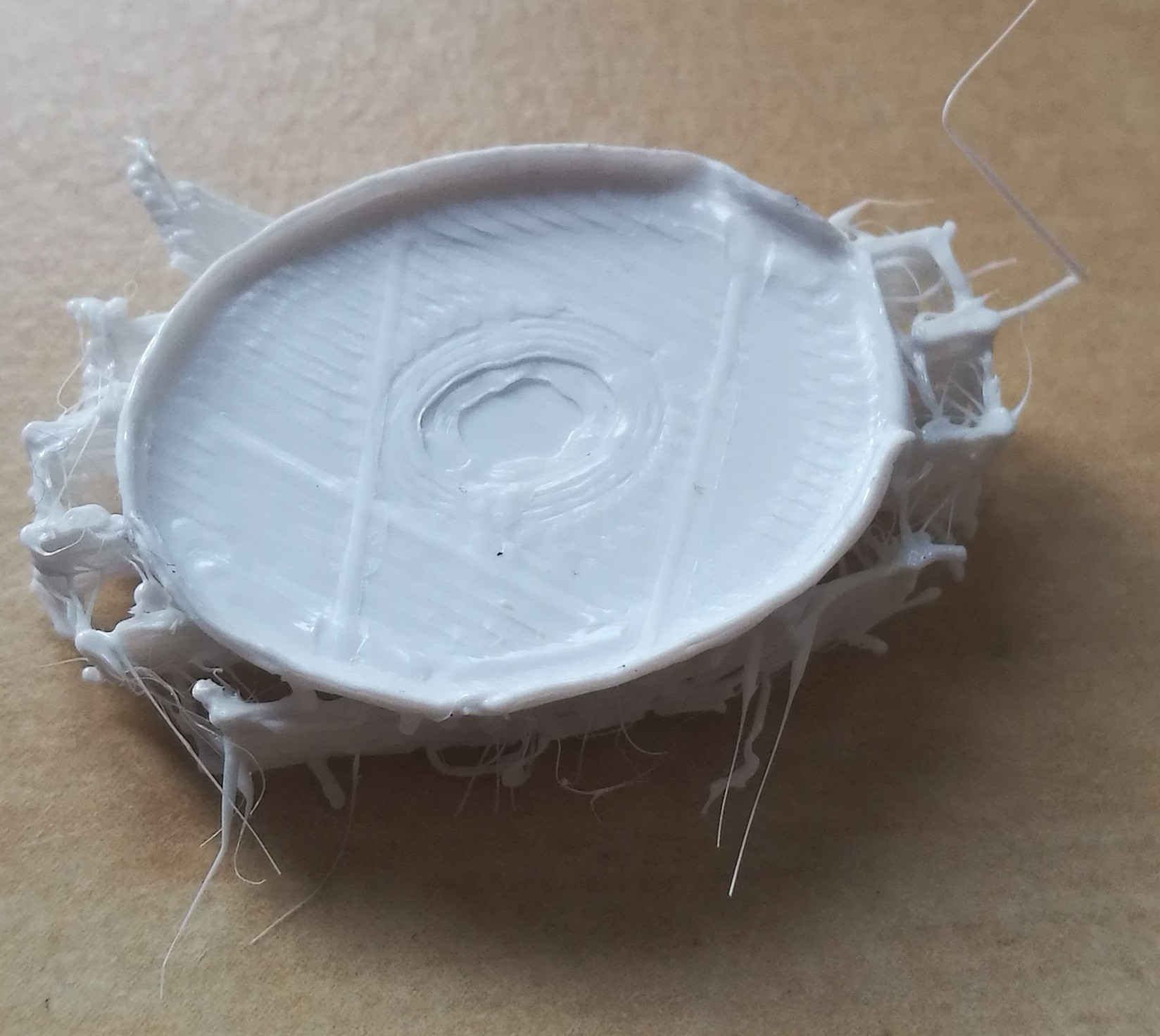 I tried changing the infill, wall size, speed and retraction settings to no avail. The settings of the example print were:

Does anyone know what might cause this and how I can prevent it from happening?

Any help is greatly appreciated! :)

I think the solution in your self-answer is just a partial mitigation for an underlying problem, and your expectations for output quality are way too low.

From the pictures in the question, there's serious overextrusion and stringing going on. The stringing could be caused by a secondary problem (bad/insufficient retraction settings), but heavy overextrusion will cause there to be extreme residual pressure left between the extruder gear and the nozzle (especially in a bowden setup, though it's not clear what printer you're using or if it has a bowden tube) that retraction will be unlikely to sufficiently relieve, so it's also a characteristic consequence of overextrusion.

As Pᴀᴜʟsᴛᴇʀ2 noted in a comment, having the filament diameter set to 1.75 mm while your printer actually uses 3 mm filament could cause this. Cura (especially CuraEngine invoked via command line rather than the GUI) is particularly bad about getting this wrong if you don't pass the options in exactly the right way.

Note that lowering the infill percentage as you did would help get somewhat decent results with serious overextrusion, since the excess material has somewhere to go (into the unfilled part of the infill region). But you'll still be getting really bad (what I would call unacceptably bad) prints compared to what you could/should get.

Managed to solve it by lowering the temperature to 190C. I also lowered the infill down to 25%. Thanks for the advice!

I posted the make with results and settings on thingiverse.

Not the answer you're looking for? Browse other questions tagged ultimaker-cura pla g-code or ask your own question.

10
Calculating the estimated print time of an already sliced file
3
Adding support when generating g-code from Cura Engine (command line)?
8
Under extrusion with Cura 3.1
8
Getting started: shell passes not fusing in x/y, and a slanted wavy pattern on vertical walls
4
Anet A8 Calibrated but print sizes are wrong
4
How to remove unwanted filament trails from sharp corners
1
Filament spreading apart and stringy on first layer
0
My 3D model is printing with missing parts when sliced in Ultimaker Cura
4
Bumps in outer wall
4
Why is my outer wall layer printing with gaps and flaking off on this specific shape?