I've printed mostly ABS in the past and encountered delamination between layers many times. I've ensured the following conditions regularly:

What are some other variables to consider to help prevent delamination between layers?

Cool environmental conditions are the single biggest contributor to ABS delamination. Delamination or edge/corner cracking is caused by warping stresses when the first layer adhesion is stronger than the interlayer bonding. Or it happens when the heated build plate allows a strong non-warping foundation to be built until the print is too tall to be adequately warmed by the plate. In either case, the corners of the first layer can't lift, so the print cracks elsewhere to relieve the stress.

All ABS warping stress, in turn, is caused by the repeated thermal contraction of the fresh plastic layer at the top of the print. The FDM process sticks hot, expanded plastic onto cool, contracted plastic. When the new layer cools, it tries to contract, but it's stuck to a layer that is already fully cooled/contracted. This generates a large shear stress between the two layers. The accumulation of those shear stresses over many consecutive layers generates a large-scale bending force on the entire print. That's what causes both warping and delamination. 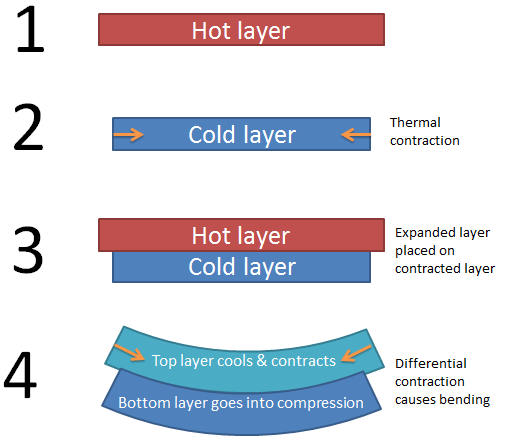 Environment temp is the biggest thing you can control:

Printing ABS at a higher nozzle temperature (say 240-250C) will also improve layer adhesion so delamination is less likely to occur. The same warping stresses will be there, but the layer bonding may be stronger than the internal stresses in the part so it survives printing.

I know some could not fit your question but maybe someone will look for all possibilities.

Delamination can be caused by:

Delamination should not happen when the temperature is correct. As already pointed out, different temperatures between hot and cold layer cause warping, but warping is not delamination. If you print at the correct temperature (higher for bigger pieces, lower for thin columnar pieces), the layers will stick.

This is the procedure to optimise the printing temperature to avoid delamination:

Print the object at increasing temperatures (210-250C, 5C by step) and when cooled try to break it. Pick the temperature (for THAT SPECIFIC filament roll) that gives you the highest strength. 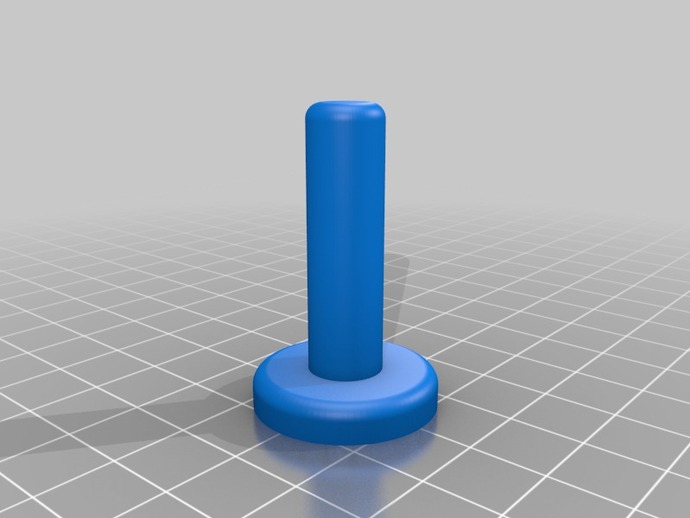 Other test objects such as http://www.thingiverse.com/thing:915435 are meant to test print quality, not strength. For strength and delamination you need the procedure I described above.

wall size and filling are also parameters. If wall size is too thin delamination is more visible

Not the answer you're looking for? Browse other questions tagged fdm makerbot abs print-quality delamination or ask your own question.

9
What can cause a sudden and dramatic loss in the inter-layer registration of my prints?
2
3D Printer Stringing after nth layer
5
Troubleshooting printing layer squashing?
4
First layer of print comes out poorly even when placed on a raft (which prints fine)
1
Delamination issue Ender 3 Pro PLA
1
Delamination in resin prints
2
Inconsistent layer printing
2
Creality Ender 3: Layer shifting at high speeds