Is this articulated Turtle print failing because of over extrusion on a Taz Workhorse?

I've been working on calibrating my Taz Workhorse, and was dealing with some under-extrusion issues, despite checking the e-steps on the extruder and relatively modest retraction settings (2.5 mm at 25 mm/second).

Lulzbot tech support suggested I boost my flow to 105 % to account for this, and the little Lulzbot gear that resulted was decent (note this picture is after some minor string removal). 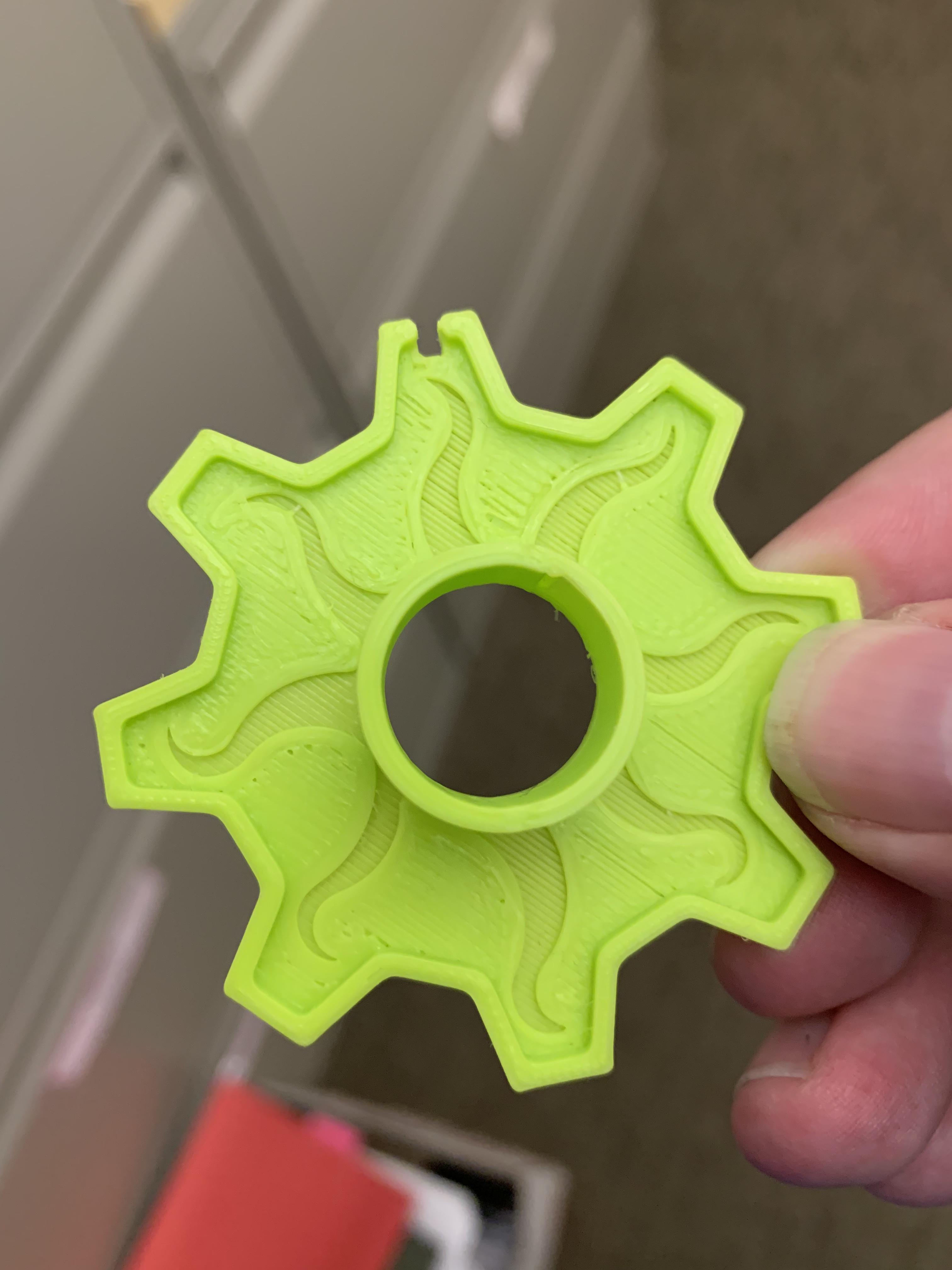 I tried moving on to a articulated Turtle, and there's a consistent failure at 17 %, where you can hear the nozzle collide with a part and knock it off the print bed, followed by the usual mayhem. 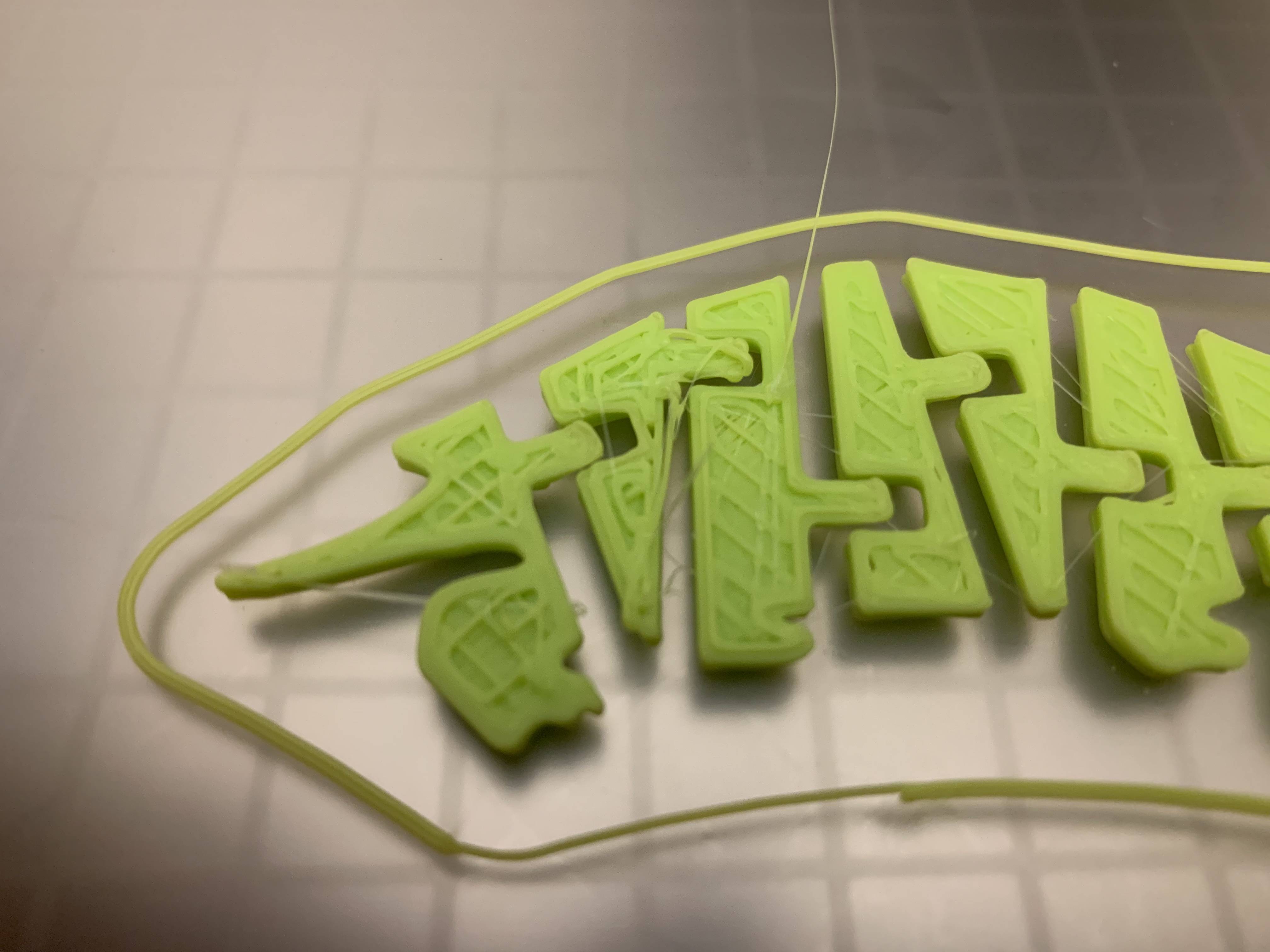 From looking at the parts, it looks like all the small joints in the piece have a lot of excess material in them, causing an upward arc, and eventually getting high enough that they're well over the height of the next layer. That's where the collision occurs, presumably. 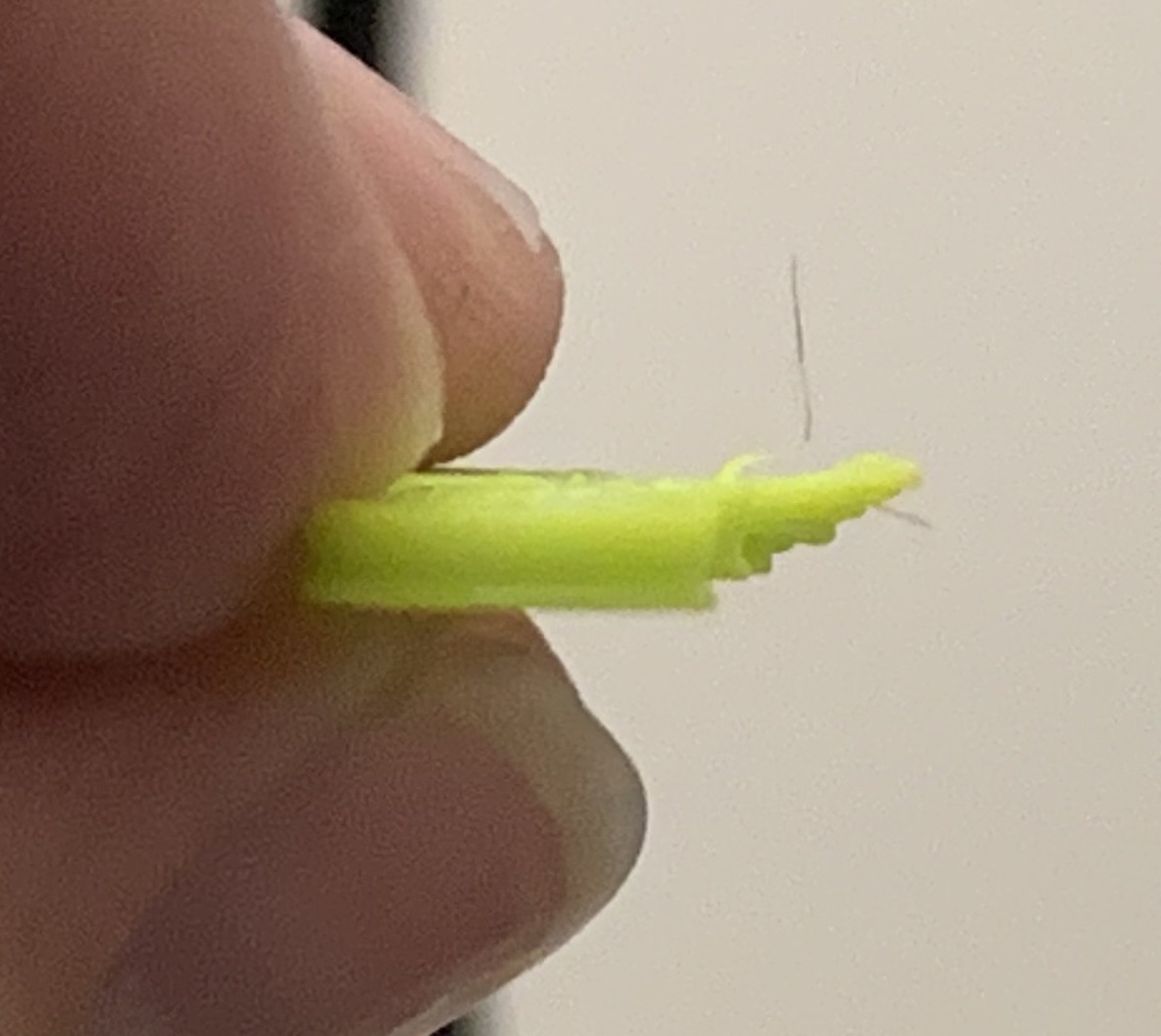 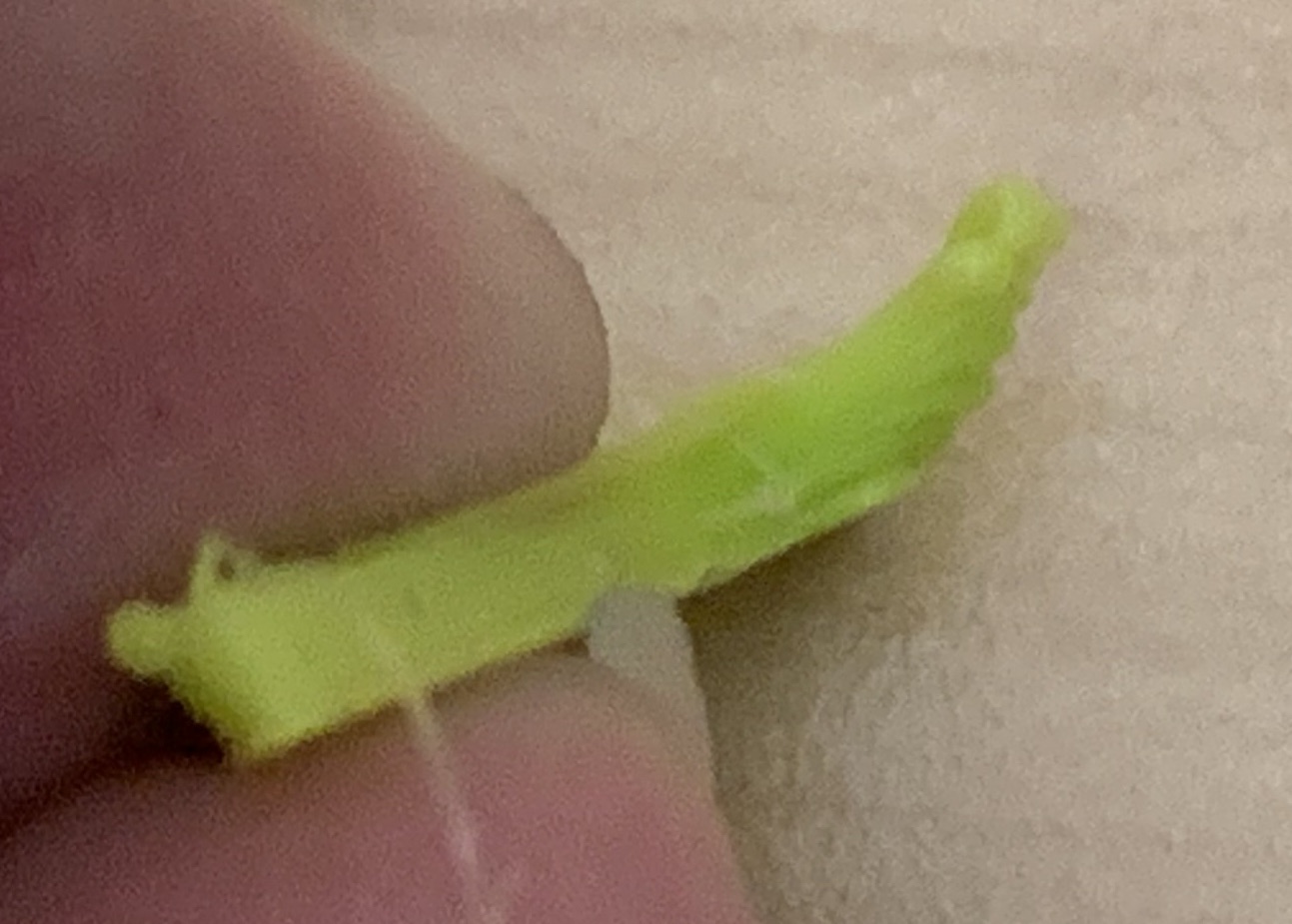 What's the likely cause of this? The increased flow? Some other issue?

Other settings are mostly the Ultimaker Cura defaults, but I've also turned combing and Z-hop on (combing, especially, to combat stringing).

It looks to me like you have corner curling on overhangs, which can be contributed to by a mix of:

and possibly other factors. I would first try lowering the bed temperature. Technically you can print PLA on an unheated bed, but adhesion may be too poor. Dropping to 45°C (my preference now) should not hurt adhesion much and might help; it partly solved my corner-curling problems.

Both uneven extrusion and insufficient cooling can be solved solved by printing slower, but that's no fun. It works for uneven extrusion because, even under constraints on acceleration/jerk, print head can change direction almost instantaneously at low speeds, yielding near-uniform absolute velocity.

Uneven extrusion can also be solved by cranking up the limits on acceleration and jerk. This is a tradeoff because it might get you more vibration/ringing, and beyond the physical limits of your printer it may even start skipping steps and shifting layers (failed prints), but up to that point I think it's a worthwhile tradeoff. Effects from uneven extrusion are some of the worst, in my opinion, print quality/print failure issues, and worth other minor blemishes to fix them if needed.

No, the print does not fail on over-extrusion, it fails by curled up parts of the print as of a filament heating/print part cooling issue.

If the curled up part has to be completely attached to the print bed (which is not the case after release of more information, but could be informative for others), your problem could be bed adhesion. If the original part does not (as has become clear in this case), so it is in fact an "overhang" you are printing, this could be a print cooling issue. Furthermore, in general your printing temperature appears to be too high, you could try lowering print temperature to 200 °C (which should work fine for 2.85 mm for not too high printing speeds), and lowering print speed and or increase print part cooling percentage (or print a more effective print cooling duct).

Furthermore, the picture of the articulated turtle appears to show that the left side is lower, as in the bed is not properly levelled or dented (but with glass the latter is virtually impossible as glass is flat as of the nature of the production process).

Not the answer you're looking for? Browse other questions tagged pla lulzbot print-failure or ask your own question.

5
Marlin Minimum X/Y Feedrate
4
How to remove unwanted filament trails from sharp corners
3
Entwined fiber-filled filament stops extruding after a few layers
3
How do you solve PLA corner-curling short of printing really, REALLY slow?
2
Why do my prints have such a rough surface? (Taz Lulzbot Pro)
1
Filament spreading apart and stringy on first layer
4
Bumps in outer wall
2
3D printer destroys part by lowering nozzle
3
One rough corner with blobs