I've just built my son's A6 and have connected all cables apart from the last power cables. The mainboard says hotbed line and extruder line but the cable says heatbed.

All of the videos online show a different mainboard and connections. There are more connections than cables because the wires are crimped.

I can't get my head around which wires go where, any ideas?

The manual appears to be available here, Installation Instruction_Anet A6 3D Printer - Elektor

However, according to this comment from Hard copy of the build guide?, there is a mistake in the PDF of the manual, with respect to the heatbed, and as such, it is better to follow the videos:

I find it is better to use the 3 videos:

Only errors in the videos and i believe the instuction the Hetbed fixing plate i have build diffrently , rotated by 180 degrees vertical, since it is better for the belt and somewhere in the video during fixating of the end-switch and the blower he interchanged the screws.

However, looking at the manual, if it is to be believed, then be aware that as well as one connection for the extruder motor, there are two connectors each for both the extruder and the hotbed heaters:

This makes five in total for the extruder and the hotbed combined. 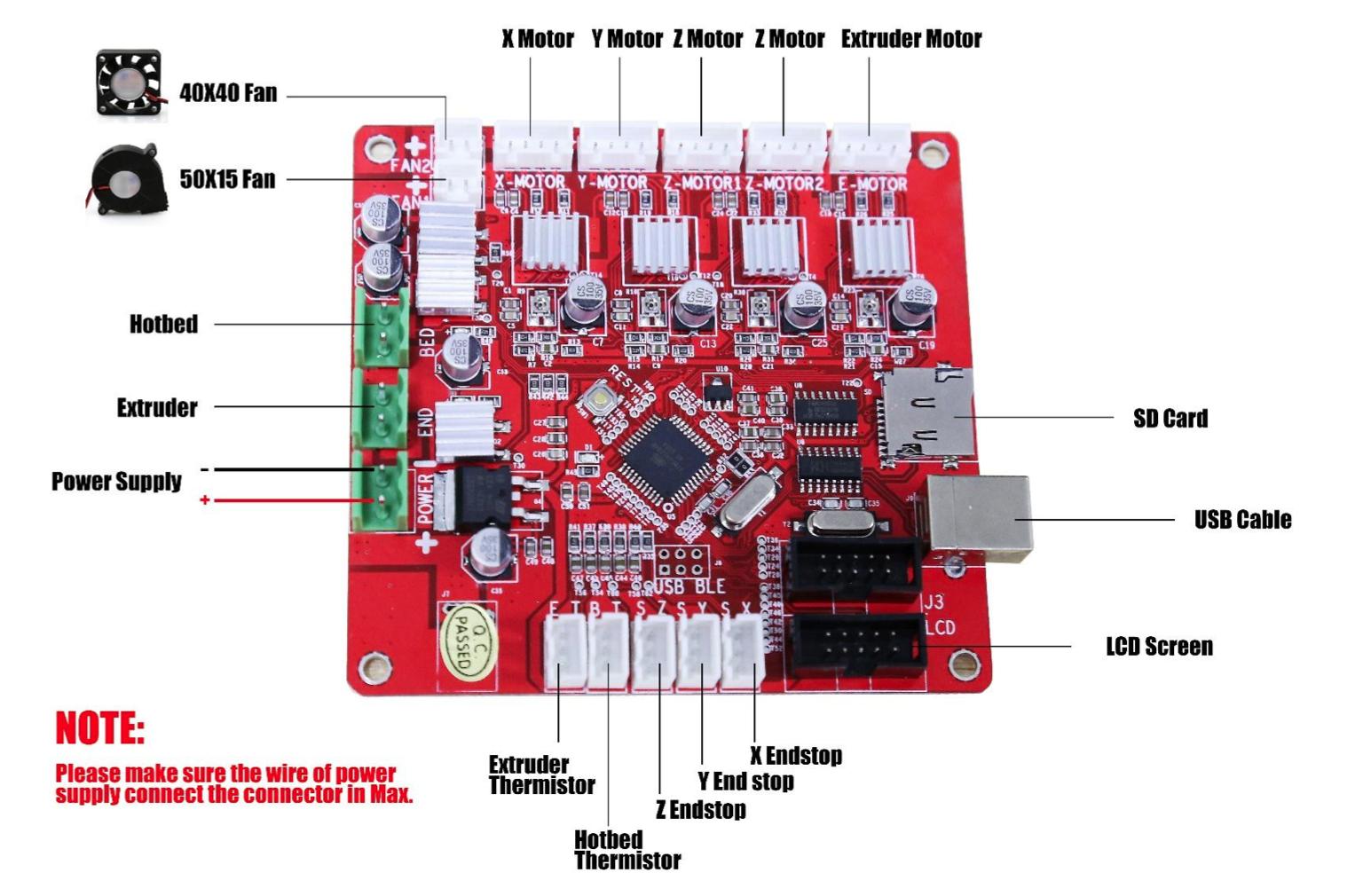 However, the power connections for the Extruder motor has four pins (in white at the top), whereas the heating elements for the hotbed and the extruder have two pins and are of a different shape (in green on the left). The sensor connections for both the extruder and the sensor have three pins (in white at the bottom), but it should be easy not to confuse them, so long as you follow the wires to check to which component they go to.

Additional points to be aware of

I just built an A6 three weeks ago and with the videos it is really a breeze to assemble the unit.

Just pay attention to the heat bed mounting plate as it is installed bottoms up in the video. The bar connecting the outer two plates where the heat bed is finally mounted should be below the plates, not above as in the video.

Also, if you still have time, order some decent toothed belt, Igus Drylin RJ4JP-01, and toothwheels for the Y and X belts and replace the original pulleys, bearings, and belts before you even assemble the unit. I just changed mine last week and it does make a hell of a difference - with this little upgrades (cost me less than 30$ for everything - at Amazon) you upgrade from an okay printer to a really decent machine.

The above are not the actual articles I've bought because I am from Europe where Amazon sells in different quantities.

If you want to go on the safe side, grab a second power supply and two MOSFET boards to remove the high current from the mainboard:

Last recommendation: get some 3mm borosilicate glass to lay (clip) over the heatbed. This will make the prints stick better and also provide a perfectly flat surface for the builds (still, you'll need to do the levelling)

When assembling the heatbed mount, pay lots of attention to the 16 screws. Tighten them one by one diagonally and move the bed around. If the bed feels stuck, loosen the last screws and shift the mounts around a bit. The lighter this mount moves, the better your prints will be.

One thing that you must be aware: This printer is a great little unit, but it needs love, dedication and plenty upgrades. Out of the box it works okay, but with the upgrades it becomes a really good unit.

Thanx for the help, got it running now. The board in the pic is the older version, my problem was the wires for the extruder had been cut really short for some reason and not labled.

Not the answer you're looking for? Browse other questions tagged printer-building anet-a6 or ask your own question.

4
true color printing with CMYK+White (not 3-in-1 diamond head RGB)
3
Sunhokey Prusa i3 axis x, y, z?
6
Anet A6 printer power on/off
2
Anet A6 stock power wires.. the live, the zero and the ground. Which is which
5
Using an Anet A6 3D printer in the UK... (mains voltage issue!)
1
Wiring BLTouch V3.1 on Anet A6 and the JST connector polarity