You can see small gaps in the print which looks like under extrusion (see image below). What is the reason for that? 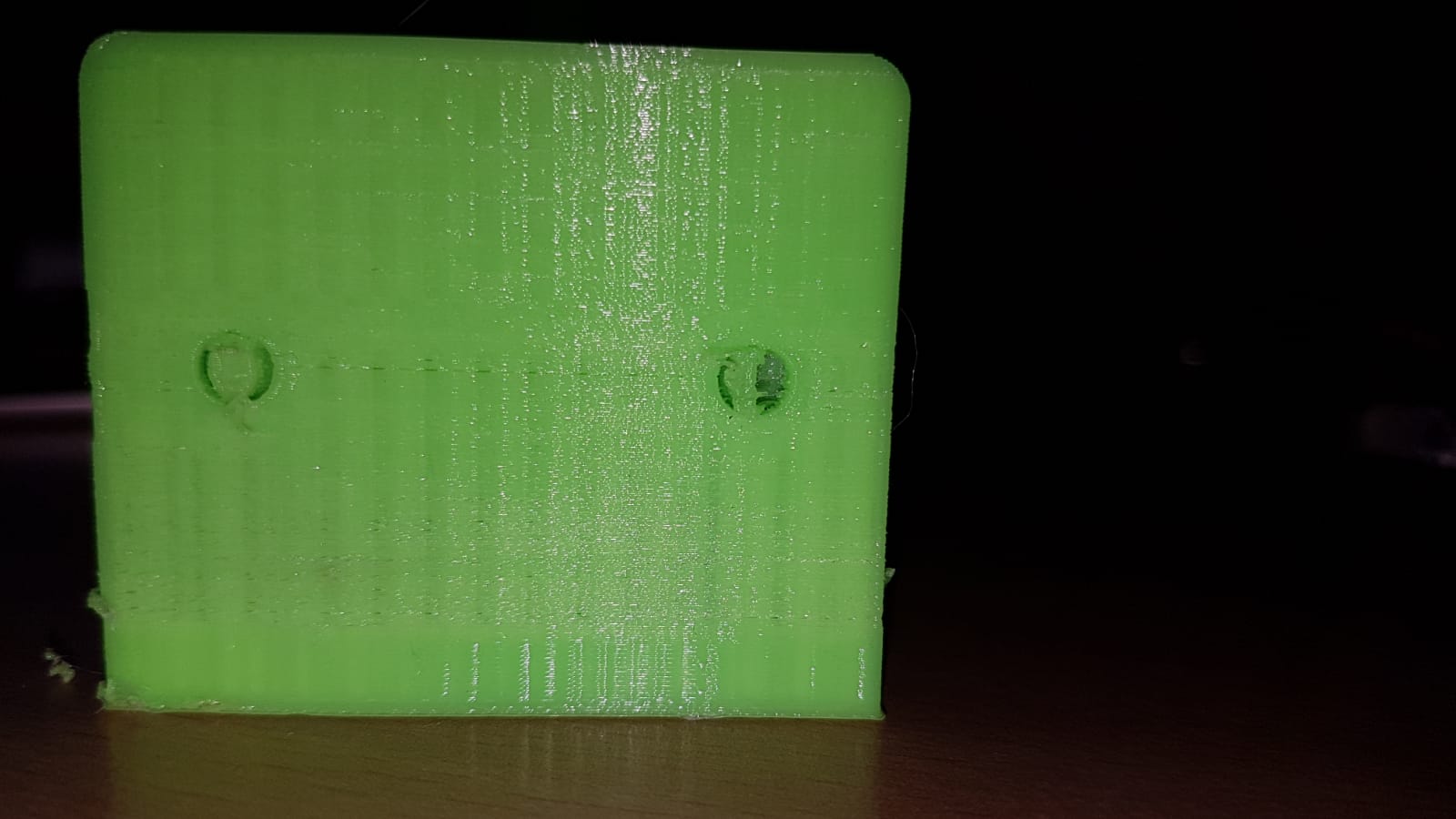 If you have stringing, that means that material that was supposed to end up as part of printed lines instead ended up somewhere else, leaving less material (underextrusion) where it was actually wanted. This particular test piece may not exhibit stringing, but it's likely that it occurred interior to the piece, in the infill region. Contrary to widespread(?) opinion, stringing here is not harmless. It's just not visibly ugly. But it still messes up the surface quality, and even more importantly the strength, of your print.

You don't say if your printer has a bowden extruder or direct drive. If a Bowden, the 1 mm of retraction is virtually useless; a typical Bowden system has more than 1 mm just of compression between the extruder gear and the hotend, meaning that retracting by 1 mm does not pull the filament back out of the hotend at all, and doesn't even relieve all the pressure that's pushing melted material out. I would recommend an absolute minimum of 5 mm for Bowden type extruders, unless your printer firmware has linear advance (Marlin 1.1.9+ or comparable features in other firmware) in which case you might be able to reduce it some. For direct drive, I don't have experience, but 1 mm is still probably too low; 2.5 mm is the believable recommendation I've heard.

In addition to retraction, you can further reduce material loss to stringing/oozing in the infill region by turning on Ultimaker Cura's "Zig-zaggify infill" option, which helps avoid in generating travel without retraction over unprinted area within the infill zone (see e.g. this issue). Turning slicer setting "combing" to "off" is an even more extreme option here. Of course make sure retraction is really on (not "retract at layer change", which is a separate, mostly useless option) and make sure "retraction minimum travel" is set low (something like 150 % of the nozzle width or less) to prevent retraction from getting skipped on short travel moves.

I also just noticed you wrote:

This was probably based on erroneous advice. Reducing or eliminating retraction does not mitigate these sorts of problems; it creates them. The only reasons to reduce retraction distance are to fight problems with the extruder gear grinding down the filament after repeated retraction, and problems with jamming the path into the hotend due to pulling molten material back into the cool part where it then solidifies and jams. If you're not having such problems you should not reduce retraction. If you are having such problems, you should try to fix them in other ways that still let you keep the necessary amount of retraction not to have catastrophic print quality problems from material coming out in the wrong places.

I increased the retracting distance to 1.5mm. Speed was set to 30mm/s Printing temperature is still 245°C

The screw which is pressing the filament to the drive gear was too tight. So the stepper lost steps.

-> No stringing and no under extrusion anymore. prints are looking good now.

Not the answer you're looking for? Browse other questions tagged petg retraction underextrusion e3d-titan .