I run quite a few Ender 3 Pro's using the same slicer settings (Simplify3D), and just recently I have noticed a very odd extrusion problem.

I find that at about the same height on several printers the printer under extrudes by quite a margin. After that, it either continues to under extrude for the rest of the print or it will go back to extruding proper amounts of filament with no problem. This destroys the print and makes it both structurally weak and defective. I am wasting quite a bit of PLA trying to fix this problem so any help would be appreciated.

Here is what I have done so far:

That's about it. Not sure where to go from here so if anyone out there can think of anything I missed, I would love to hear it!

As per @fred_dot_u asked, the elapsed time at the layer of failure is roughly four hours in. I have also attached a picture of one example of this kind of failure below. I would also like to mention that this is happening on several of these printers as I have 18 printers running in one room. Our current theory is that the power draw is simply too high and so the printers are not getting the heat they need, however, the thermistors still register a solid 195C on my printers that are currently running. 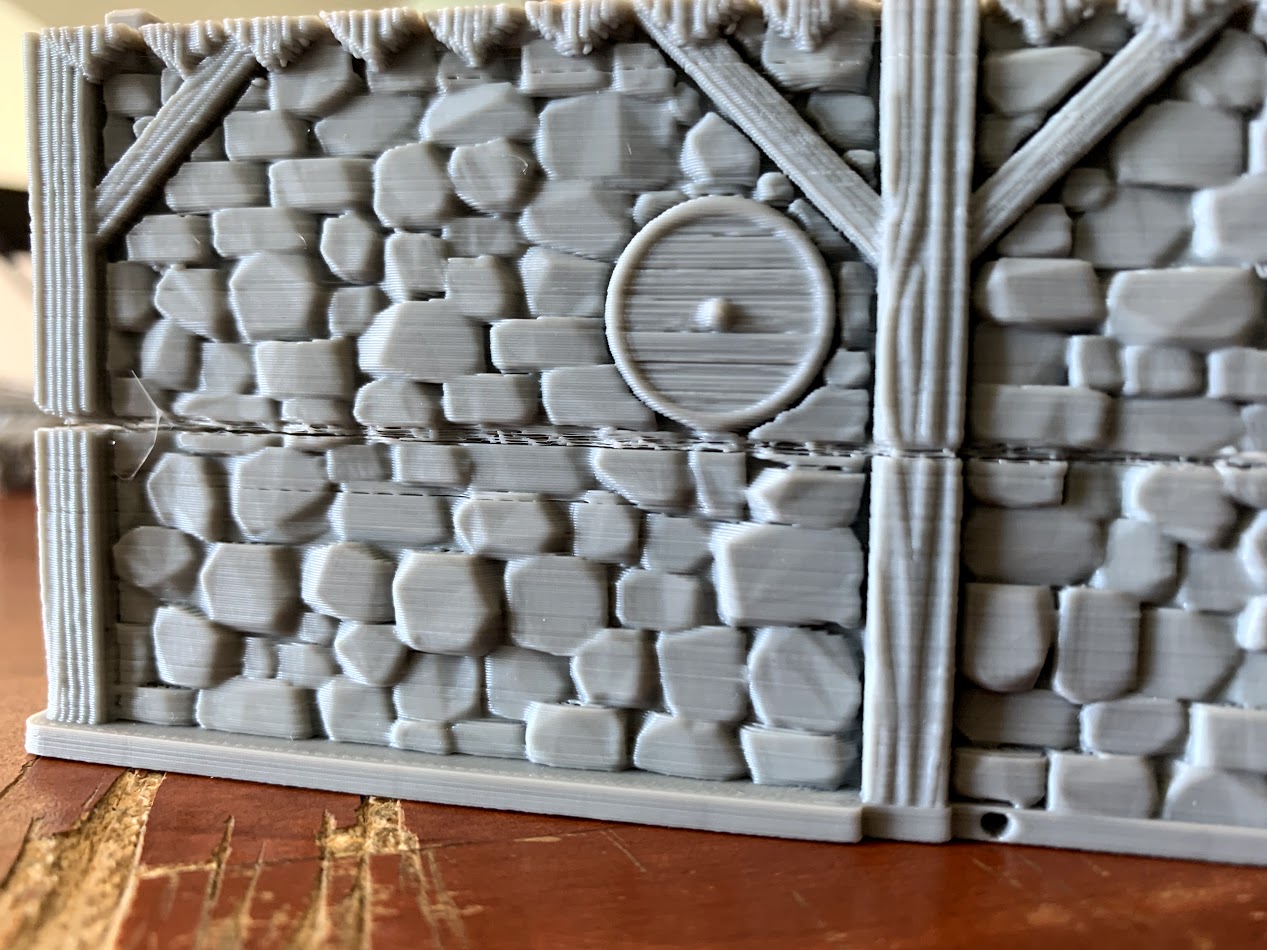 EDIT 2: Here is another picture of a different model with the same layer failure problem but at a lower layer height. This model was printed along with 11 other identical models on the same bed, all of which failed at the same height. 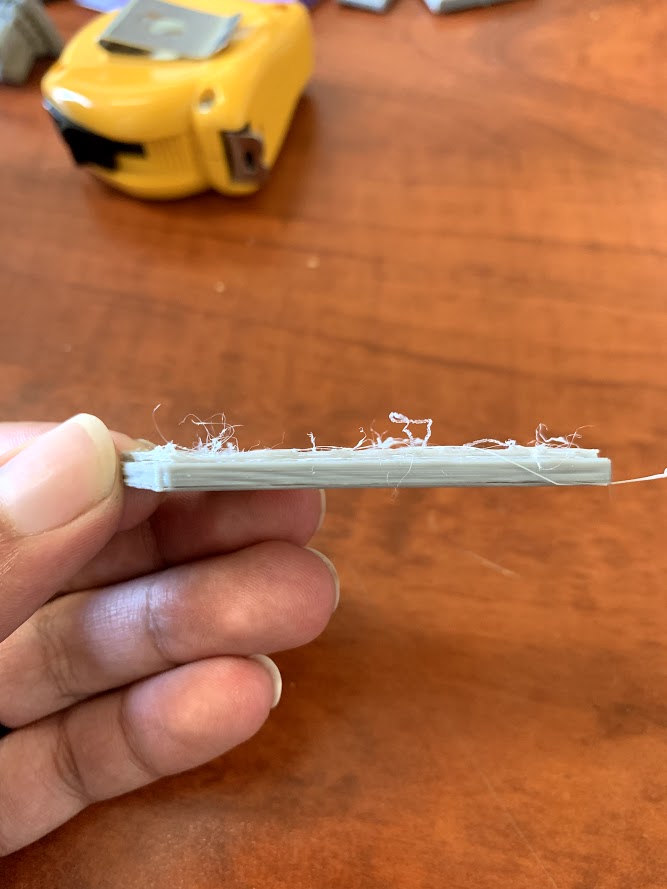 There's a known issue across Creality printers with the PTFE tube (bowden) slipping in the coupler on the hotend side, allowing molten material to push back around/up inside it rather than making it out the nozzle. I haven't experienced any such problem myself, even after applying some fairly serious abuse to that part of my Ender 3, but this video from CHEP claims it was the source of his problems and explains the issue well.

I believe my Ender 3 came with an extra replacement for this coupler; if yours did, and this seems to be the problem, you can see if the second one they supplied is better. Otherwise it's an easy component to source third-party replacements for.

Based on the image and your report that the problem consistently appears at the same part of the print, this is clearly an (either absolute or net) underextrusion problem, but (mostly) localized to particular layers. I say absolute or net because it might be extruding too little total material, or extruding the right amount of material but losing some of it to unwanted extrusion (oozing/stringing) in the wrong places. Either of these could be related to geometry of the layers involved.

One factor here is probably coasting, which you mentioned in a comment you have enabled. The small amount of coasting probably means it's not a big factor, but coasting always underextrudes. That's fundamentally how it works. You should not need coasting unless you've disabled retraction for some reason; it's a hack that's a poor substitute for part of what linear advance does on printers that support it.

You also mentioned a 60 mm/s print speed setting. At 0.2 mm layer height and 0.4 mm nozzle diameter, that's 4.8 mm³/s volumetric extrusion rate, which is roughly the limit of what you can expect to achieve with your printer's hotend. If you try to print faster than the hotend can keep up with, the material won't melt sufficiently fast to pass through the nozzle orifice. This will naturally slow it down allowing further melting to take place, but in the mean time the extruder gear will either grind into the filament or (much less likely, I think) the motor will skip steps.

Note that print speed settings control maximum speed, which is why you won't necessarily hit problems from having them too high right away, but only at particular layers. In prints with small details, especially with sharp corners, the majority of the printer's time is spent accelerating and decelerating between speeds far lower than the nominal/max print speed, and if you only reach an excessive max speed momentarily now and then, it might not continue for long enough for the material to cool down, in which case everything just works out.

Part of why I mention this is that, if you're trying to keep print time under control, setting a higher max speed might not even help you. Usually acceleration/jerk is the limiting factor to how fast you can print. Max print speed should be set according to the extrusion rate the hotend/extruder can keep up with, and print acceleration/jerk should be set according to the dynamical properties of the printer's axes. If you increase them too much you might get rough surfaces, ringing, or even skipped steps/layer shifts, but you can go pretty high. 3000 mm²/s is probably the absolute max I'd try on an Ender 3. I did this and had some success, but some failures; I don't recall what jerk was and it might have been a factor too. The Y axis in particular can't handle acceleration as well as the X axis can, due to having to move the whole bed, not just the hotend assembly. Somewhere between 500 and 2000 is probably reasonable, but I'd experiment a good deal before trying it on a long-running print.

One additional method to increase speed might be reducing line widths to less than the nozzle width. This proportionally decreases the volumetric extrusion rate the hotend has to keep up with. But I'm not sure how well line widths less than nozzle width work for outer walls. This may adversely affect part strength too, which might not be a problem for your particular usage case.

Not the answer you're looking for? Browse other questions tagged pla creality-ender-3 extrusion or ask your own question.