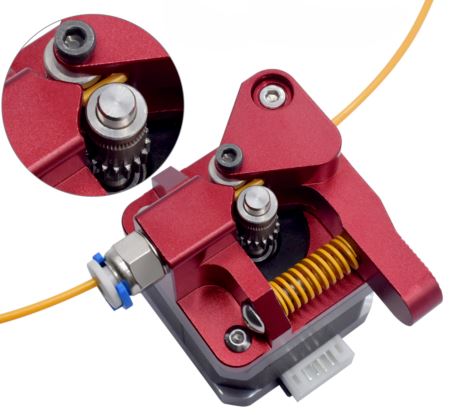 I have this same extruder on my Voxelab Aquila. Default E-steps are 93. Using the printer menu to feed 100 mm of eSun black PETG filament I measured a feed length of 66 mm, so 34 mm under extruded.

This formula is missing something. I've chased E-step values up and down before so decided to try something different.

Hope this helps anyone else having issues calibrating E-steps.

13
Isn't using the Extrusion Multiplier like cheating?
5
How to calculate the proper layer height multiples?

4
E3D V6 underextruding always?
7
TEVO Tarantula under extrusion
4
Different lengths of filament is extruded with different temperatures
0
Print parts fail mid-print
2
Why would my extruder remove the filament all the way out after prints? [Ender 3 v2]
3
Ender 3 V2 Extruder getting hot
2
Prusa MK3S not extruding during printing but extruder working
1
First half of the prints are getting stretched on the Z axis
2
Extruder stops printing before finishing first layer (Ender 3 v2 w/BIQU H2)
3
Can't 'tune' out my problem, please help!