I have an Anet A6, where I uploaded Marlin 1.1.9, because the manual filament change on the stock firmware was really bad (90 % of the times it clogged the hotend). I've tweaked it a bit, and I'd say it works fine, but I have a problem with my filaments.

I'm printing in ABS. I want to make a 3 mm black plate, with an orange text/image on top of it. I've been playing with a test print and I can't seem to fix one thing. I swap the filaments and purge the nozzle, but no matter how much I purge, the orange filament keeps getting dark form some remnants of the black one.

Here's a sample of the original orange filament and different attempts with filament swap during print. 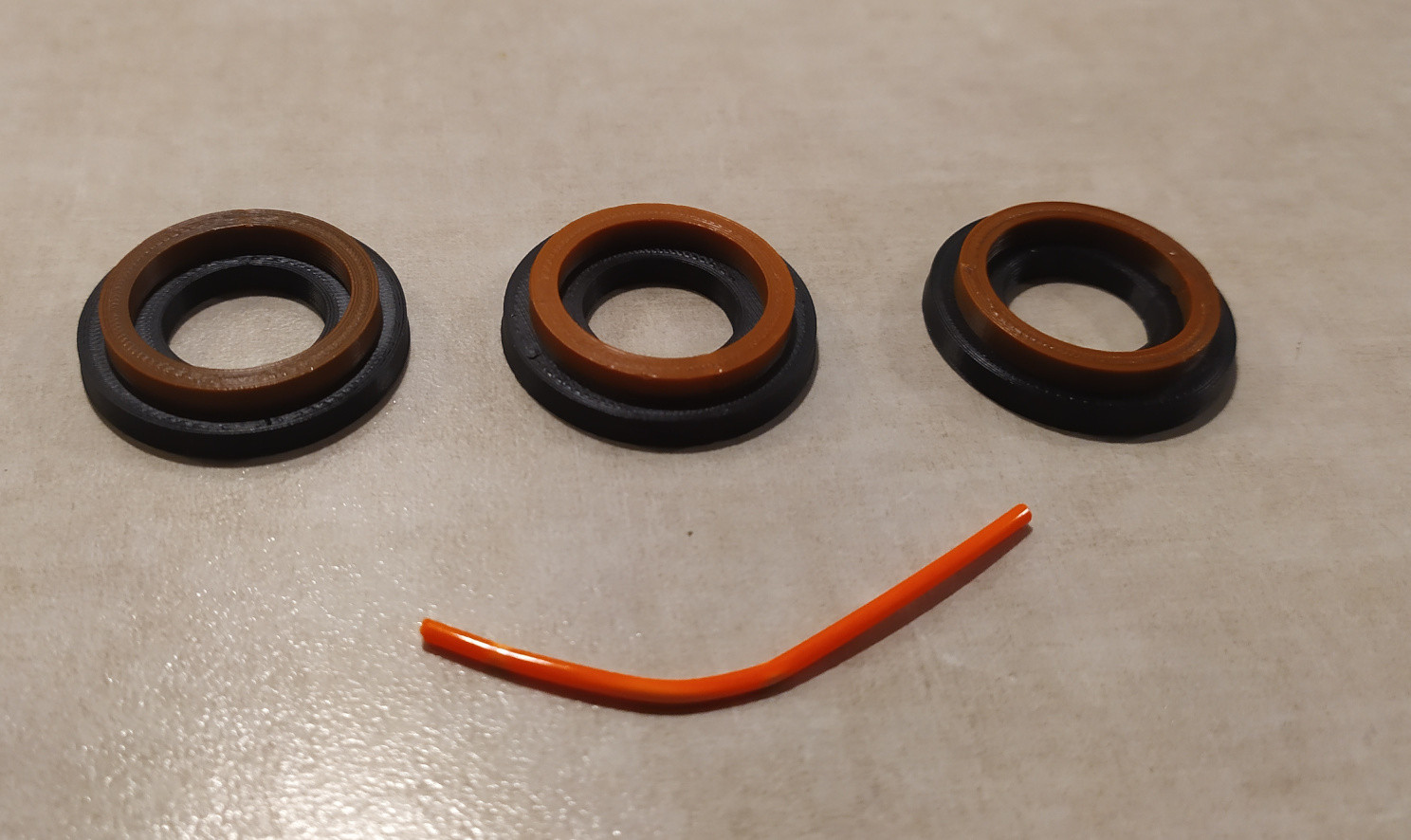 The orange has a recommended print temp. of 240-255 °C while for the black one its 230-250 °C. I've tried purging the hotend at different temperatures (240 °C, 250 °C) and I've been purging ridiculous amounts (like 1 meter). At the point where the filament looked clean I've resumed the print and it still came out dark. The continuous purging didn't clean everything and the extrusions and retractions during printing probably scooped out more of the black filament.

Have you ever encountered such a problem? Any tips of effective purging?

For the record: Other mods to the printer include frames to make the body more rigid, tensioners, and similar - nothing of importance. I did however change the hotend to an E3D V6 look-alike with a silicon shroud and nozzles to match, but this was waaaay back. I've never had problems with either of these filaments when printing single-colored things.

5
Extruder skipping/clicking (brand new printer)
6
Hold torque during pause to change filament
3
My first attempt at pausing a print and changing filaments resumed from the wrong position — how do I troubleshoot?
3
Use Gcode Extrusion Speed in Calculations
3
Best way to fix ABS corner curling on enclosed Prusa style printer with PEI heatbed?
6
Help with my G-Code to change filament change mid-print
2
What causes these blobby corners
1
How to unload filament as cleanly as possible using the extruder motor?
1
3D Printer does not print whole object
1
How to switch from PETG to either PLA/ABS mid print?