What would cause a SLA printer to print a solid block of resin?

I’ve just brought my printer back out after a month and it’s first print created a solid block of resin about 1.5 cm deep and the full width and length of the print bed. What could cause this?

My only thought so far is that the FEP film / vat bed is looking a little cloudy even after cleaning. I wondered if this could have caused the light to diffuse across the whole bed? 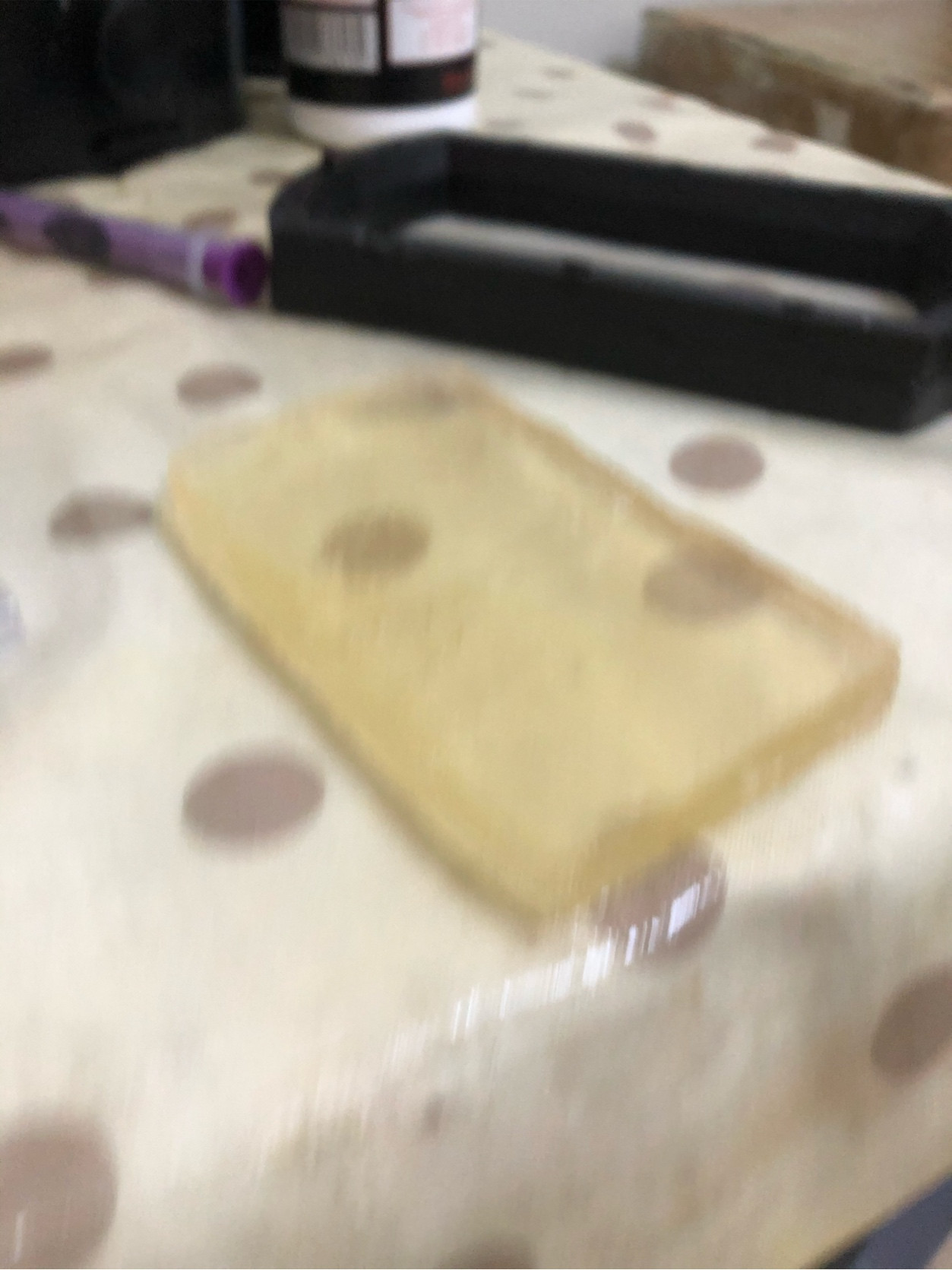 Is the laser (or whatever light source it uses) visible? The cloudy film sounds like a good candidate for light diffusion and thus solidifying the entire resin, but if there are visible components to the light source it may help narrow it down.

If it uses a projector ("LCD") solutions, it may also be that the display that filters the light to certain regions of the resin to selectively solidify the print may be at fault, but that's rather unlikely.

The first thing that, in my opinion, you should do is to check that the object you are printing does not have a corrupt model file. Assuming that you have spare, fresh resin (if your resin is old, that's actually the most likely issue...) and it wasn't too hard to pry out that block, you could try printing something else that worked in the past.

While it's doing that, you may be able to see where/how it is printing. If the beam diffuses or lights up the whole area, you can tell if it's a printer issue (the film sounds like a good first thing to try replacing in that case). On the other hand, if the resin is old, it's probably just getting oversensitive and your printer is fine.

The resin is very touchy with these things, and has a shelf life of a few weeks to a few months, and less if it's ever opened.

I had an issue with mine. I had a tiny hole that dripped some resin on the LCD screen. I scrapped it off as best I could but there were some serious printing problems on that side. I got a new LCD screen and replaced that and now print jobs that use to work are not printing solid blocks. I have no luck trying to repair it, so I sent support a question on how to fix it and what is causing it. I will update when I know more

Update: LCD screen was replaced upside down making the ribbon cable go in backwards. I swapped/flipped it over and it works fine now. So if you are having a solid block issue. Replace the lcd but also be cautious of what side goes up. They don’t show you in the videos.

Not the answer you're looking for? Browse other questions tagged sla print-failure sparkmaker .

4
What is the lifespan of a SLA Resin Tray?
4
Sparkmaker SLA resin not curing
9
Best way to deal with Resin Printers in your living space
6
What materials would be appropriate for pool parts (chlorine & UV exposure) using SLA or FDM?
1
Is it possible to attach a laser engraver to a SLA / resin 3D printer?
0
ELEGOO Mars failed prints every time
5
Print failing at random, resulting in a "hairy" mess
1
SLA resin post-processing: gluing parts together
3
SLA printers: food-safe resin parts