I keep having this issue on prints where the first layer has stringy lines that don't stick together.

My print settings as shown in this pic are the following

Let me know if you think there's other relevant settings to this issue. Any help is greatly appreciated, I've been trying to fix this for days. I've tried different models, large and small, but have the same issue no matter the size 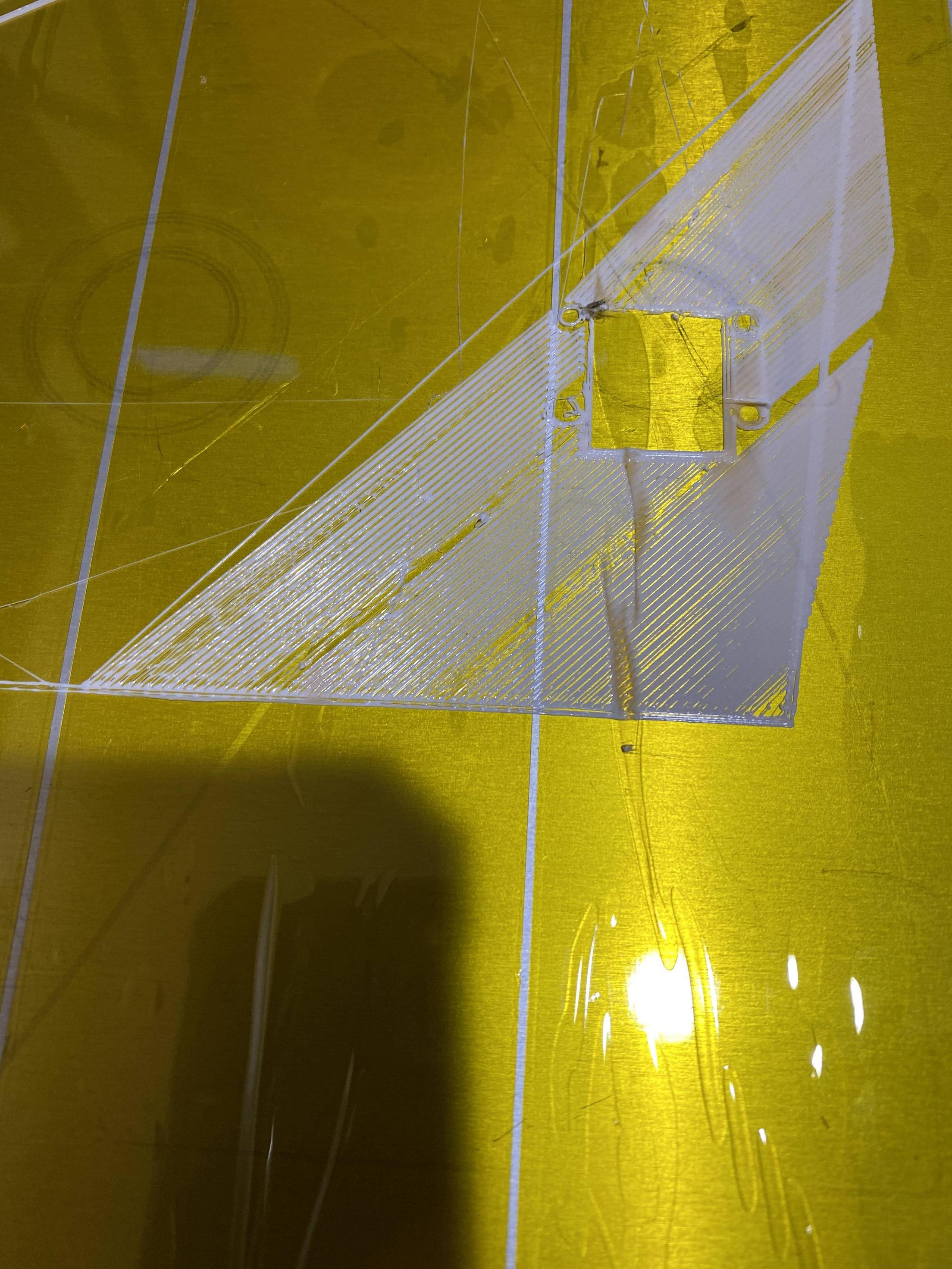 I would try two things you didn't mention; a bed leveling (this looks a little close) and an e-stepper calibration. The layer looks thin and under-extruded, and two common culprits are the bed height being too close ("oversquishing" the first layer which reduces flow rate and adhesion), and the e-stepper not feeding as much filament as the slicer's asking for (giving you thinner lines than the slicer expected, so they don't adhere to each other or the substrate).

I also see problems with that kapton layer. Totally understandable, the stuff is a major pain to lay down bubble-free, however it's also absolutely necessary to do so to avoid first layer issues. That's not your only problem here but it'll keep being a pain after you have filament feeding sorted out.

Lastly, I'm seeing slicer error; the floor fill is being laid down over the top of the shell layers on the right side of your image. Remember that the wealth of slicer variables in Cura regarding print speeds, flow rate, filament diameter etc ultimately boil down to a single G1 command per line: "move from here to here at this speed extruding this length of filament". So, if the slicer is forgetting where it drew the outline by the time it scripts the floor fill, it's possible it lost the plot on extrusion calculations as well. Alternately, the printer could be the one that lost the plot, either losing track of the steppers or incorrectly interpreting the G-code. Usually you just need to power-cycle the printer, close and reopen Cura and re-slice. Also, if you're printing with a USB cable, try switching to an SD card; there's less to go wrong in the communication between slicer and printer if the slicer tells the printer everything it should do up front.

I'd look into each of these, then try to print a calibration shape, like a 20mm XYZ cube, before going back to the print you had on the plate before.

Not the answer you're looking for? Browse other questions tagged print-quality marlin ultimaker-cura prusa-i3 pla or ask your own question.

6
Should you use hairspray on a metal bed 3D printer?