Can you fix a warped, removeable build surface backing?

I have an Ender 3 with a removeable build surface. The build surface backing has become warped - the center is at least 0.3 mm higher than the corners. I'm not sure what the material of this plate is - it's the part behind the BuildTak-clone surface that sits on the aluminum heat bed and is clipped to it. This makes it impossible to level the entire bed, and annoyingly tedious to level it enough just to use the center, since the paper method doesn't work at the corners. Can this be fixed, or do I need to source a replacement for it?

Yes. I rigged up the following setup with blue tape and clips and a pen for tensioning, used the nozzle (unheated) to hold the center down against the bed, and set the bed to 100 °C for about an hour. Afterwards the curvature was in the opposite direction and easily compensated by clips. 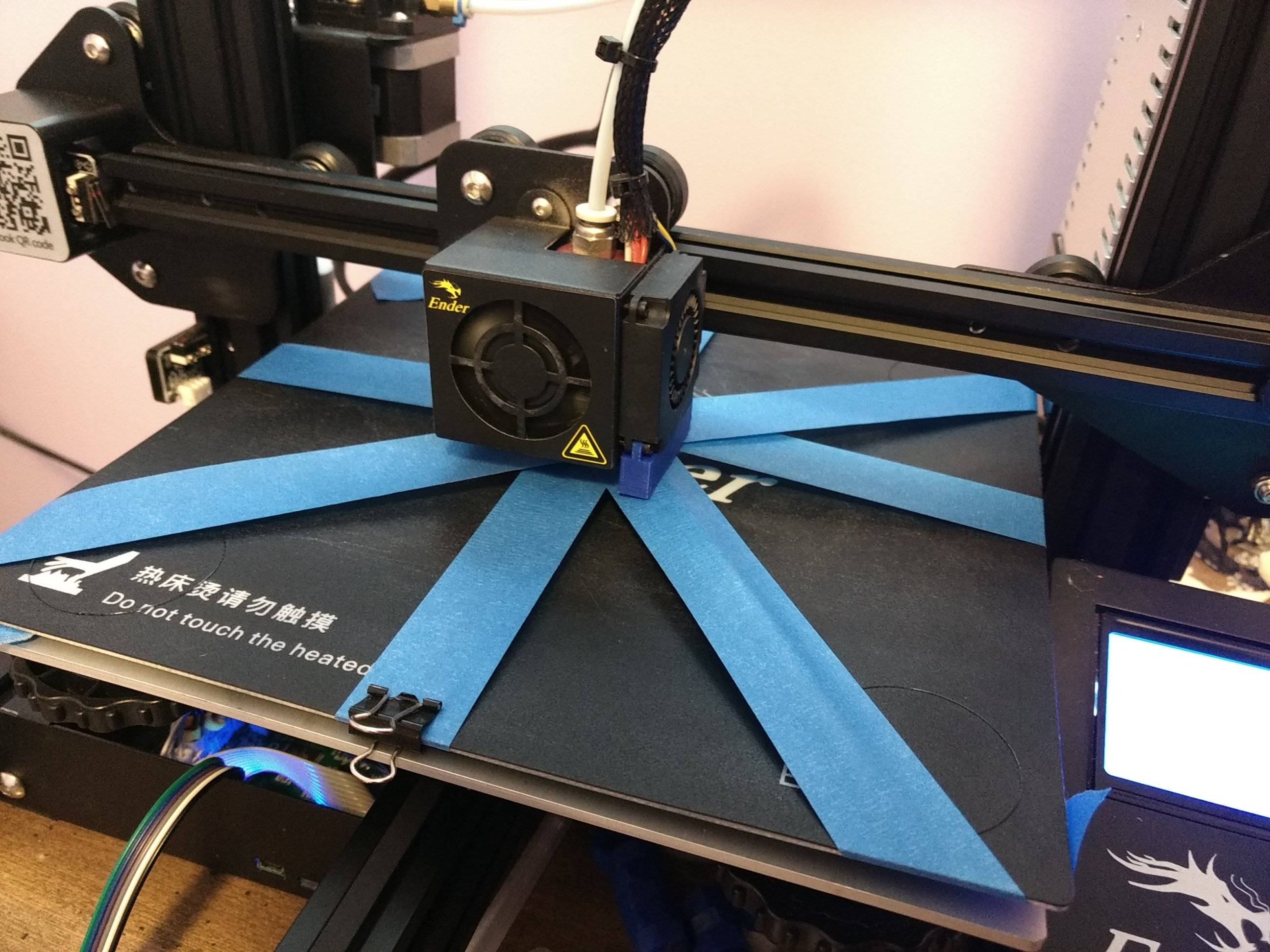 If the backing of the build surface softens under heat, one might strap it into a contraption to heat, or just put it into an oven on a flat surface, baking it with some weight to flatten it fully.

An alternate to fixing the removeable build plate itself, one might considder to buy a (spring)steel plate and glue a new build surface onto it. Such a plate is really sturdy and would be mountable with the same clips. It might be also faster in heating behavior as steel is usually a better conductor than plastics. It might be thinner than the original sttack though.

Now such a steel plate also is magnetic and could be alternatively mounted by adding a set of high temperature resistant magnets set into the heat bed. Such a rework does however have a higher work needed than a pure fix.

Not the answer you're looking for? Browse other questions tagged creality-ender-3 bed-leveling build-plate repair or ask your own question.