What is the best infill pattern for shearing strength?

For practicality sake, I need to print a design such that there will be weight hanging parellel to the layer lines. Is there an infill pattern that would be better than others at handling this?

I realize that all kinds of infill will still have the same layer boundaries. Just wondering if choosing any given infill might provide better results.

Yes, some infill patterns are better than others for preventing separation of layers. Basically (modulo some assumptions about uniformity of distribution of force), the shearing strength of the part in the Z direction at a particular layer is going to be proportional to the surface area of bonding between successive layers. So infill patterns that stack identical infill extrusions on top of each other at each layer should be expected to be much stronger than patterns where successive layers make only partial contact. In other words, "2D infill patterns" - grid, lines, triangles, tri-hexagon - should be a lot stronger than "3D infill patterns" - cubic, octet, gyroid, ... This matches my experience printing bolts oriented along the Z-axis - ones printed with gyroid snap easily unless other measures are taken to strengthen them, while ones printed with triangles are fairly strong (though nowhere near as strong as ones printed oriented in the XY plane. 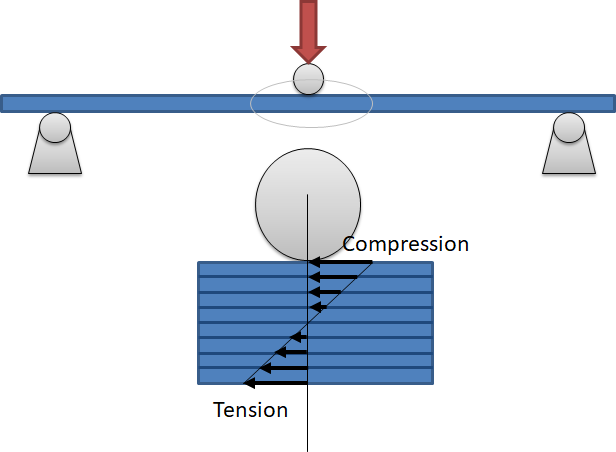 The tests concern the interlaminar shearing of layers, so, the much more material a layer consists of (e.g. infill percentage) the higher the resistance against shearing off. Also, how the infill is internally supported by its form helps, if it buckles easily on the compression side, the buckling occurs before shear off.

Not only the type and percentage of infill is important for the flexural strength, but also the layer height, nozzle diameter print temperature as found in this research paper. Another paper, "Effect of infill on tensile and flexural strength of 3D printed PLA parts" directly answers your question, quoting the figure from the paper: 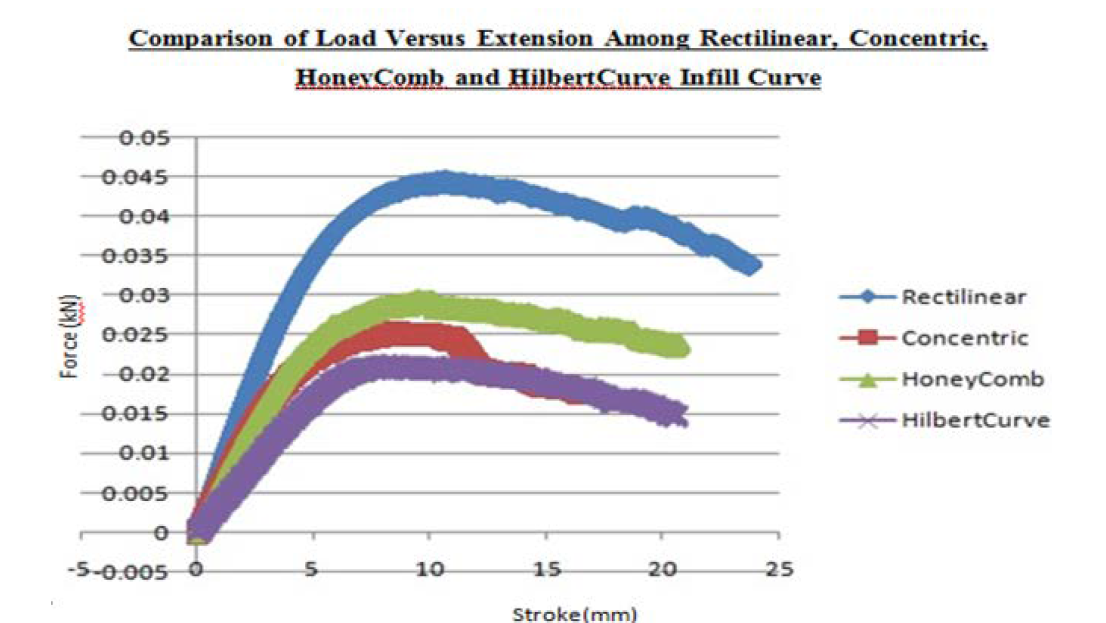 You should choose an infill that has the most support. Since year and day, in creating composite sandwich panels (often used in aerospace applications where high stiffness and low weight are essential) honeycomb core structures are used as these honeycomb structures allow minimization of the amount of weight and used material. From the figure above you see that rectangular infill is best suited for FFF products. Honeycomb is the second best, but significantly lower. Note that orientation is key! E.g. this test conducted by Martin shows that Gyroid and honeycomb infill performs better than rectilinear:

To answer your question, not only infill pattern, but also infill density, nozzle diameter, layer height and orientation play an important role in the shearing strength. This is why ASTM has defined a standard so that we can compare results amongst different materials or different lay- or set-ups. These tests are typically performed dynamically (alternating load), statically with increasing load (increasing load with time) or statically fixed load (constant load to determine the creep properties, these test typically take a long time when the load is low).

0scar's answer is the "solution" or true answer to the question.

Watching youtube the last few days, cubic needs to be considered. I was surprised at what I saw. More to consider is adding design elements:

Not the answer you're looking for? Browse other questions tagged fdm infill print-strength .

10
What is a good way to estimate the impact on material strength different printing methods will have?
6
What should I think about if I want to design something modular?
7
Infill pattern comparison
3
Post processing FDM for strength
6
How to calculate the strength of a printed object?
33
What are the advantages of gyroid infill?
4
Ender-3 Pro - PLA mid-layer warping (layer separation) - salvageable?
0
Custom Infill Pattern Based on Self-Generated Geometry