How can I solve the problem of line distortions on my prints?

Hello guys I have a little problem with printing. Whenever I print something there are always these lines my printer does, it's not a very big deal, but it looks rather ugly and I'd really appreciate it if anyone could help me if you know what the problem is. I post also a picture to show you the problem clearer. From what I see (observing how my printer prints), I noticed that it starts printing at one point and then when it arrives again after a circle to the starting point to print the layer above, it stops just a millisecond (instead of keep moving smoothly) and I think that's how the problem is created. I'm pretty sure its not the printer's problem, but probably the G-code or the filament... I don't know for sure. 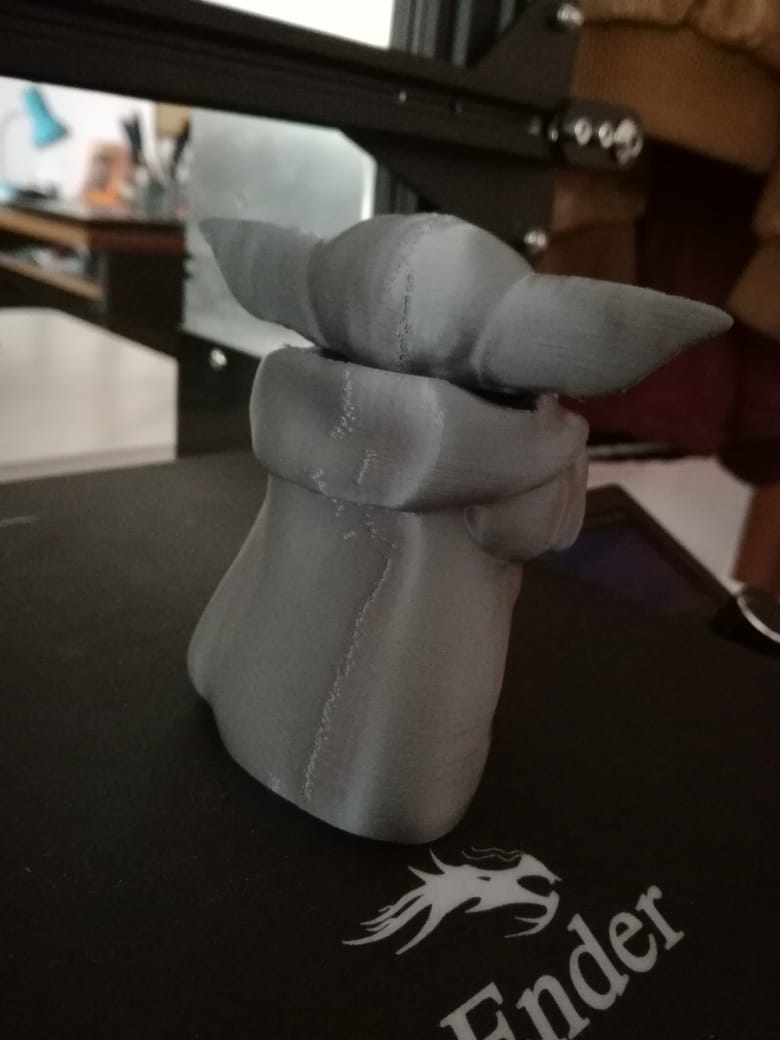 As towe noted in a comment, that's Z seam. The mechanism by which it happens is mostly the same as bulging corners. The print head is moving considerably slower just before and just after the layer change, decelerating to a stop then accelerating back up to speed in order to perform the slow Z-axis move, but the rate of extrusion, which is dependent on pressure built up (in the compression of the filament, and possibly expansion of the bowden tube) between the extruder gear and the nozzle, not directly on the motion of the extruder gear, remains the same.

In my opinion, the best fix for this is upgrading to firmware that compensates for it. In Marlin firmware (the stock Ender 3 firmware is based on Marlin 1.0), this feature is called Linear Advance. You tune a spring constant for your material's compression, and after setting it, extrusion is roughly proportional (linear) with respect to logical E-axis moves, regardless of the speed the print head is moving. However, upgrading firmware is nontrivial to do, and has a lot you might have to tune/tweak to get it working the way you want.

Short of that, there are a lot of ways of mitigating the problem:

I would recommend starting with items 1 and 2. #1 is good for a lot of other things too, and the only tradeoff is that overhangs might print worse (in my experience that's not really the case and they sometimes print better even). And #2 will get you faster prints (sometimes at lot faster) which is nice.

8
M3D Micro printer stops extruding but is not clogged
9
How can I prevent my nozzle catching on my print?
1
Ridges and stepping in my prints
4
Under-extrusion after a certain amount of successful layers?
5
Sunken and rough bottom layer
4
Underextrusion after long travels
0
How to effectively eliminate stringing in 3D print
4
Smallest dot/dot indent for Prusa MK3S using PLA
3
I can't figure out how to name this problem or solve it
1
Very first 3D prints, but bad quality. What can I do?