I've got a peculiar issue today, and was looking for some help with it.

Of the six Ender 3s I manage at my college, one of them seems to be stretching the Y axis of all the prints I make with it.

Some points about the issue:

The most recent print was a 40 mm fan shroud for a "hero me" setup (which I'm working on installing on all six printers).

Here is a side by side of the two finished prints, comparing them along both the X and Y axes. As you can see, the X axis is perfect on the problem print, but the Y is consistently stretched (visible in the shape of the round cone and the screwholes). 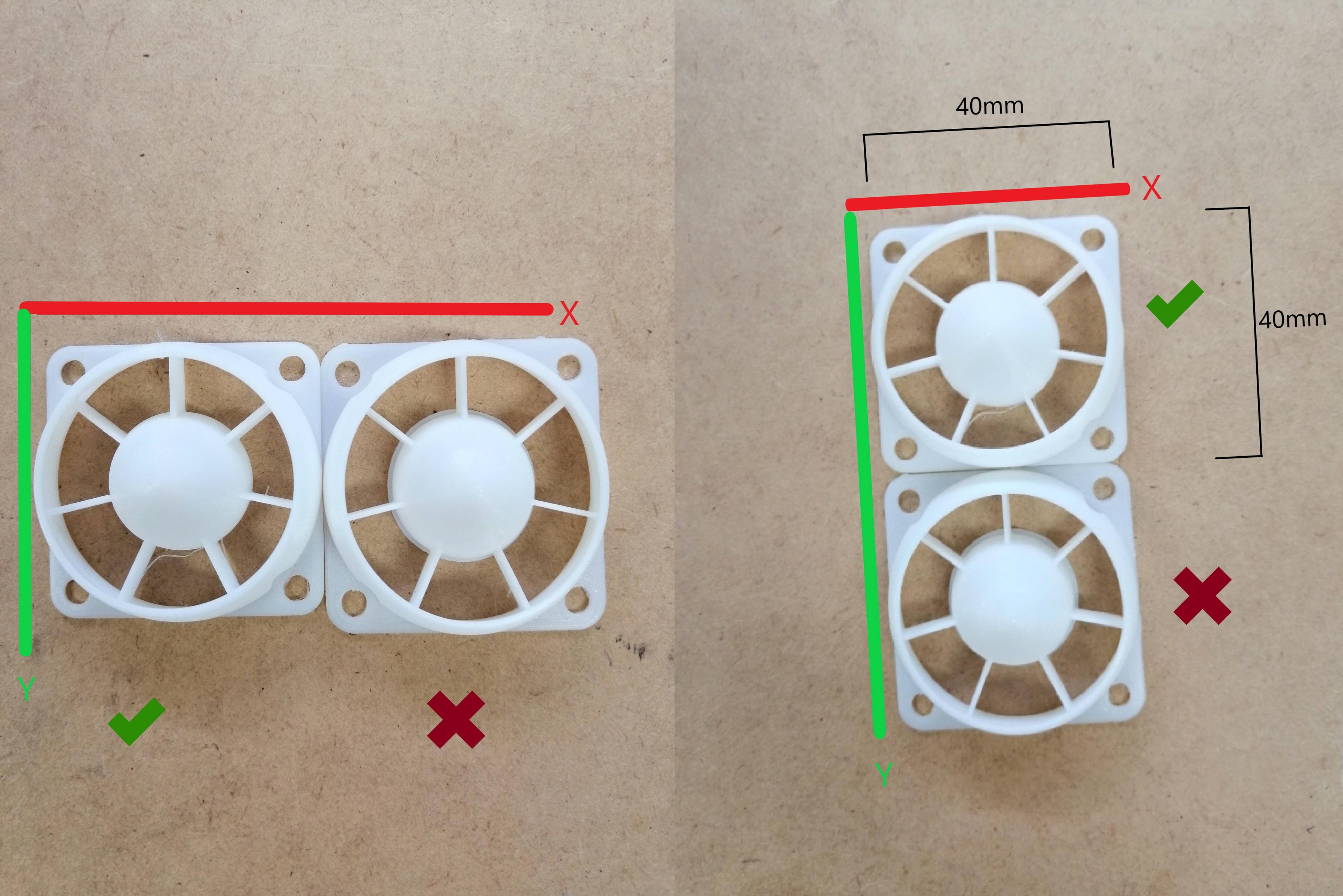 This issue has been consistent and I'm honestly stumped, any help is appreciated! If anyone needs me to obtain more documentation or test something, I'll be back in with the printers in the morning (roughly when this post is 10 hours old) and I'm happy to get any documentation needed.

If an axis doesn't print the sizes you command it there are basically 2 options causing this.

To find out which of the 2 is applicable, you need to look into your setup and into the firmware settings. E.g. from the printers display you can read the amount of steps the stepper needs to make to move the axis 1 mm. Alternatively, send M92 through a terminal and look at the steps per mm. If X and Y are the same, the firmware is correctly configured and you are facing a hardware issue. Note that for the stock Ender 3 the value for X and Y needs to be 80 steps/mm. Do not alter these values!!! These values are based on the mechanical layout and the micro-stepping used by the stepper drivers.

Since you have flashed a stock hex firmware file it is highly improbable that the firmware contains the incorrect steps per mm value for the Y axis (unless you accidentally changed this through the interface/display). This leaves you with a hardware issue. Common reasons that could identify the source of the problem are:

Considering the stretched Y dimensions, the most logical explanation would be that your belts are stretched, you cannot fix this by changing the steps/mm value, it requires mechanical attention; i.e. replacing for new belts.

It is likely you have PU belt and it is likely it stretched in some area. I had all my PU belts finally stretched with big tension and high speed printing. Now I am using reinforced rubber belts.

Not the answer you're looking for? Browse other questions tagged creality-ender-3 troubleshooting y-axis dimensional-accuracy or ask your own question.

7
What is a printer console/terminal?