What kind of problem is this? How does it correct itself?

I fired up my printer again last night to print something (Printrbot LC that I have customized), and happened to notice the Octopi instance still had a file that I printed ~5 years ago. Also, I noticed i had files from ~2013 when I got started. My printer is from that time, so keep that in mind.

I've noticed that sometimes I will see a Y axis shift, and then the print will correct itself. It did it again last night. Since this had happened before, I thought maybe the wires for the heated beds were getting snagged on something, so I made sure they were out of the way, and made sure they had proper strain relief before printing this thing.

What is this kind of problem called? What should I look for to try to troubleshoot it? Let's make sure to include the possibility that one of my upgrades has gone awry to leave no stone unturned.

My printer probably also has other problems, and that's fine to point them out after addressing my primary concern.

This is the print.

It'll be serviceable after some filing. It's from this thing. 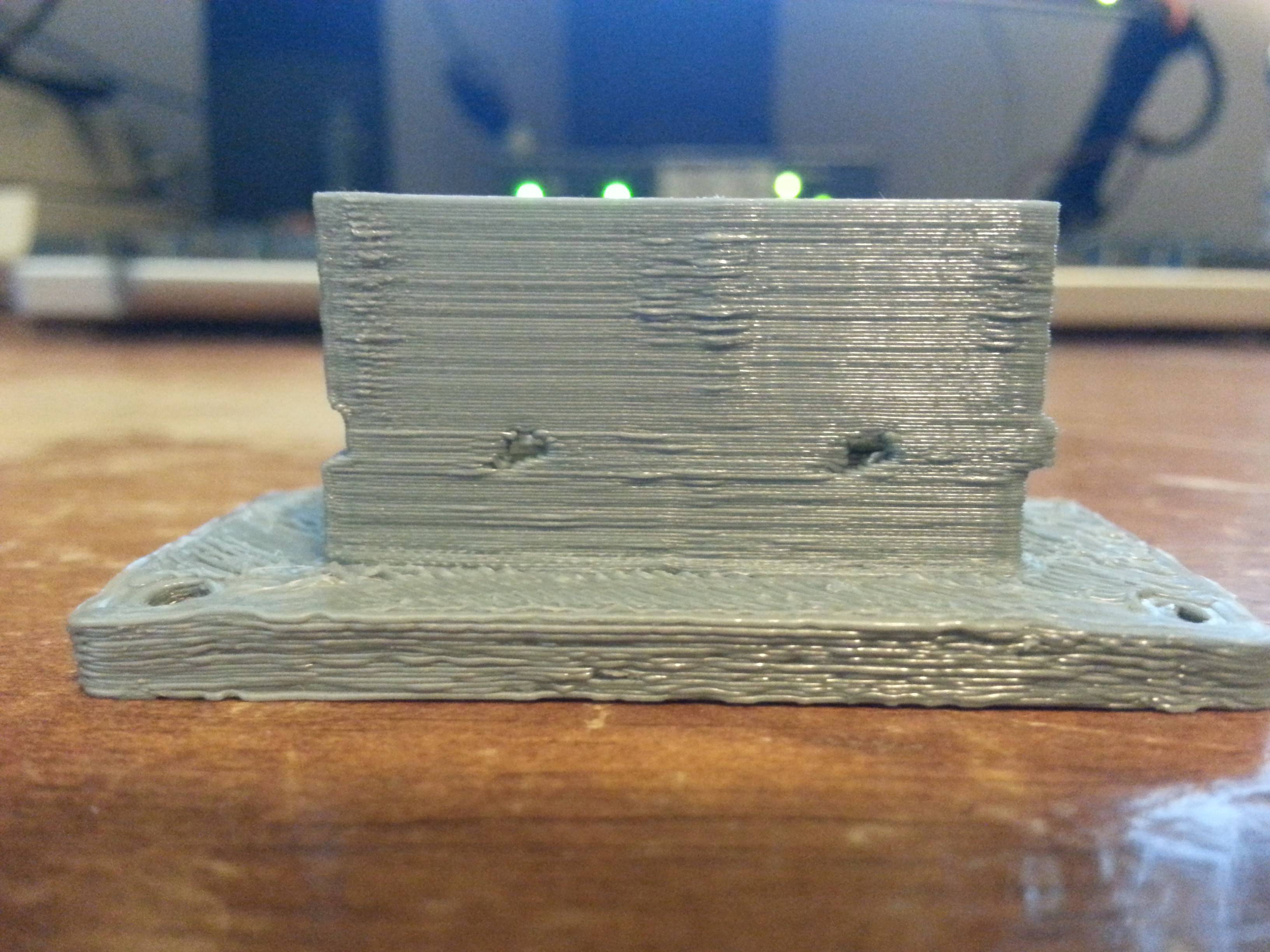 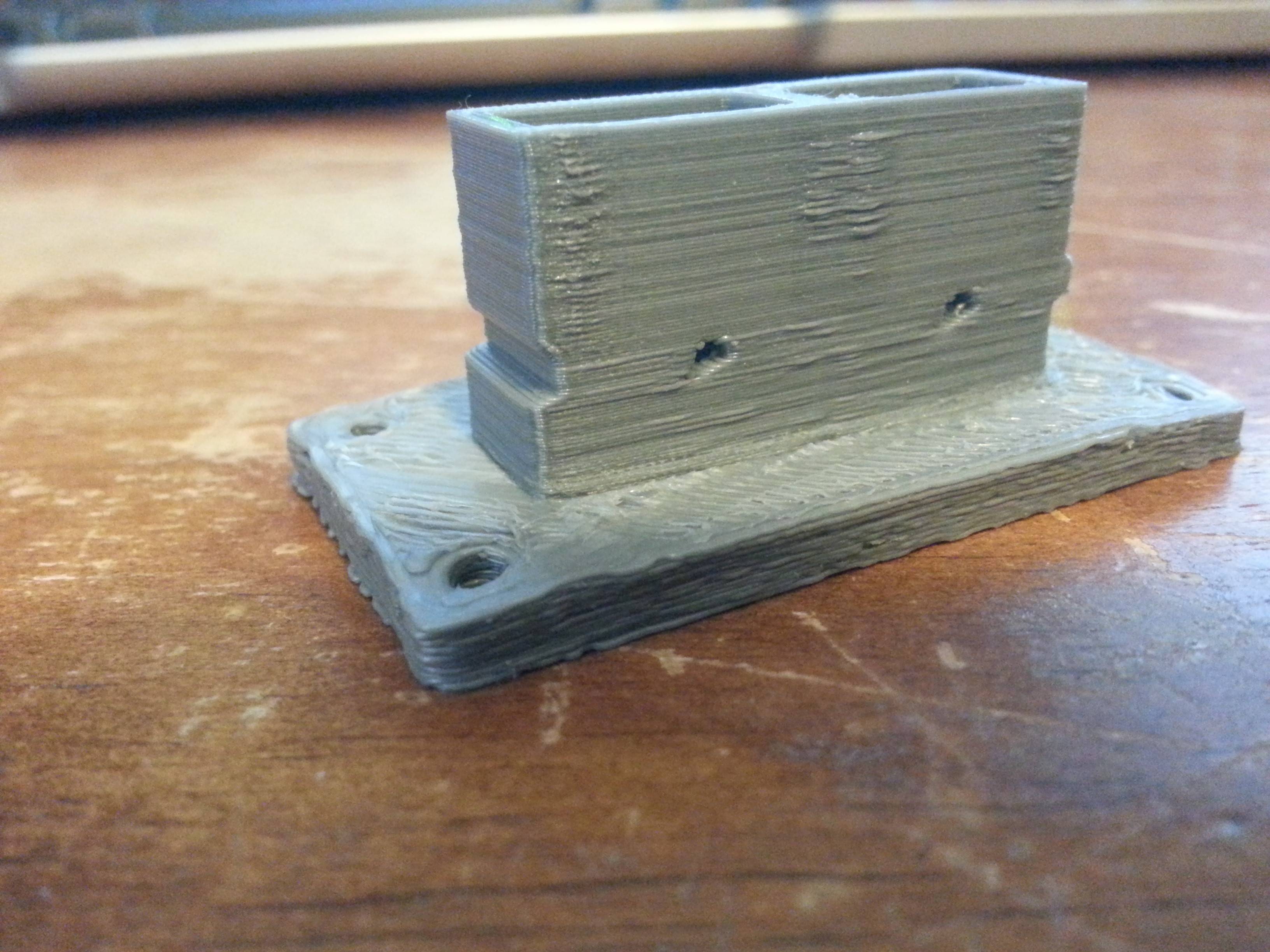 This is my printer 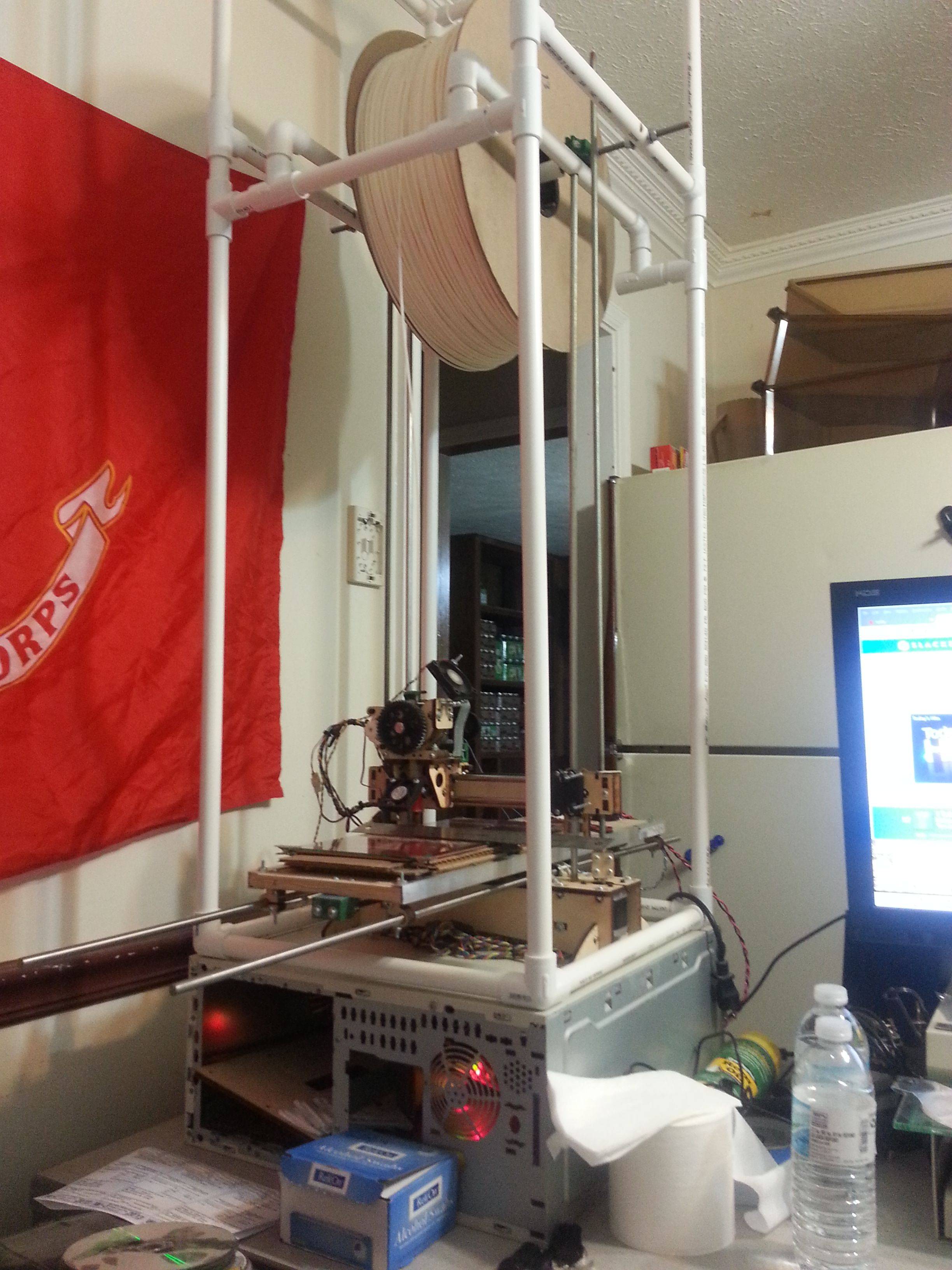 Things I have tried so far 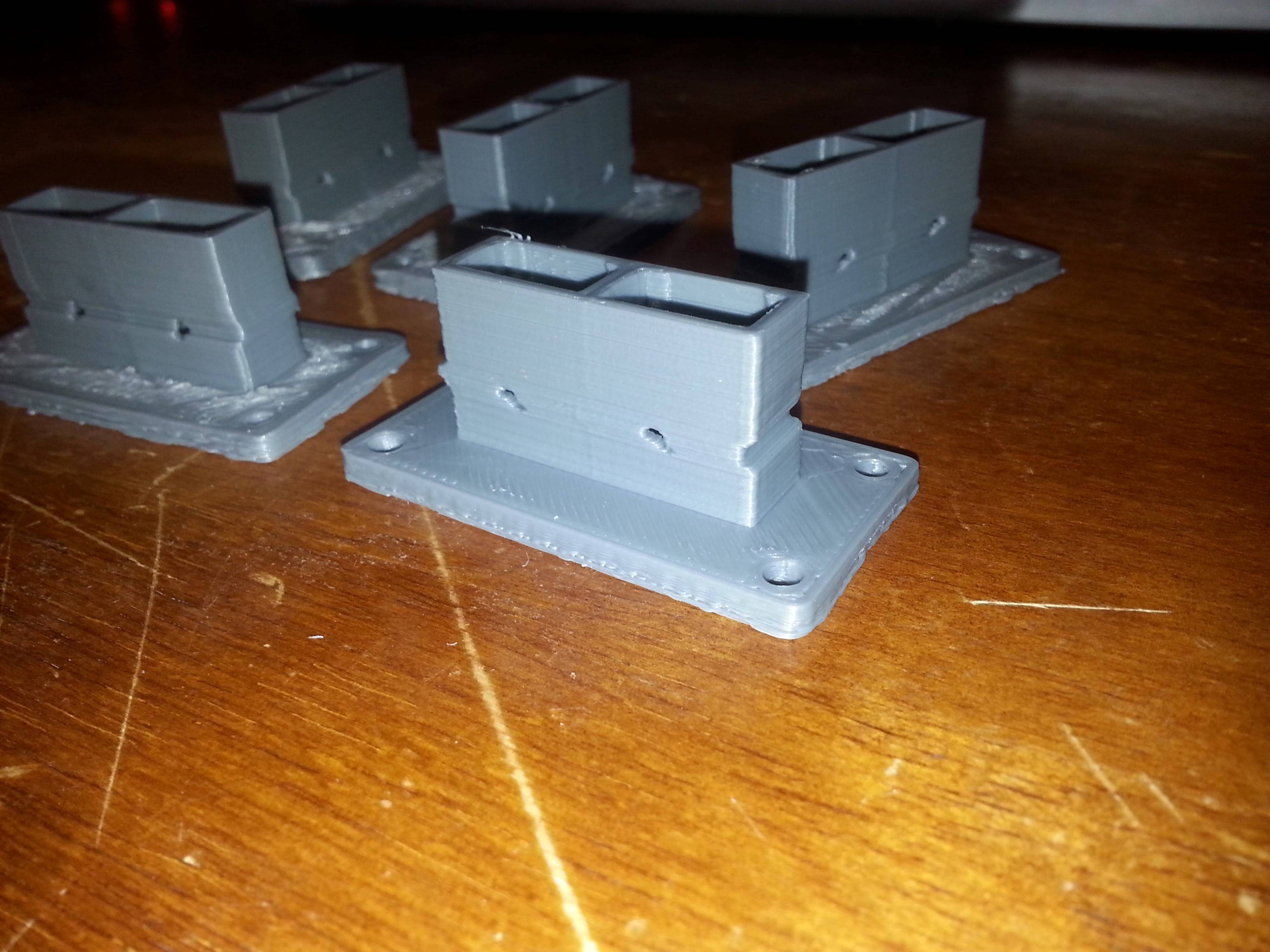 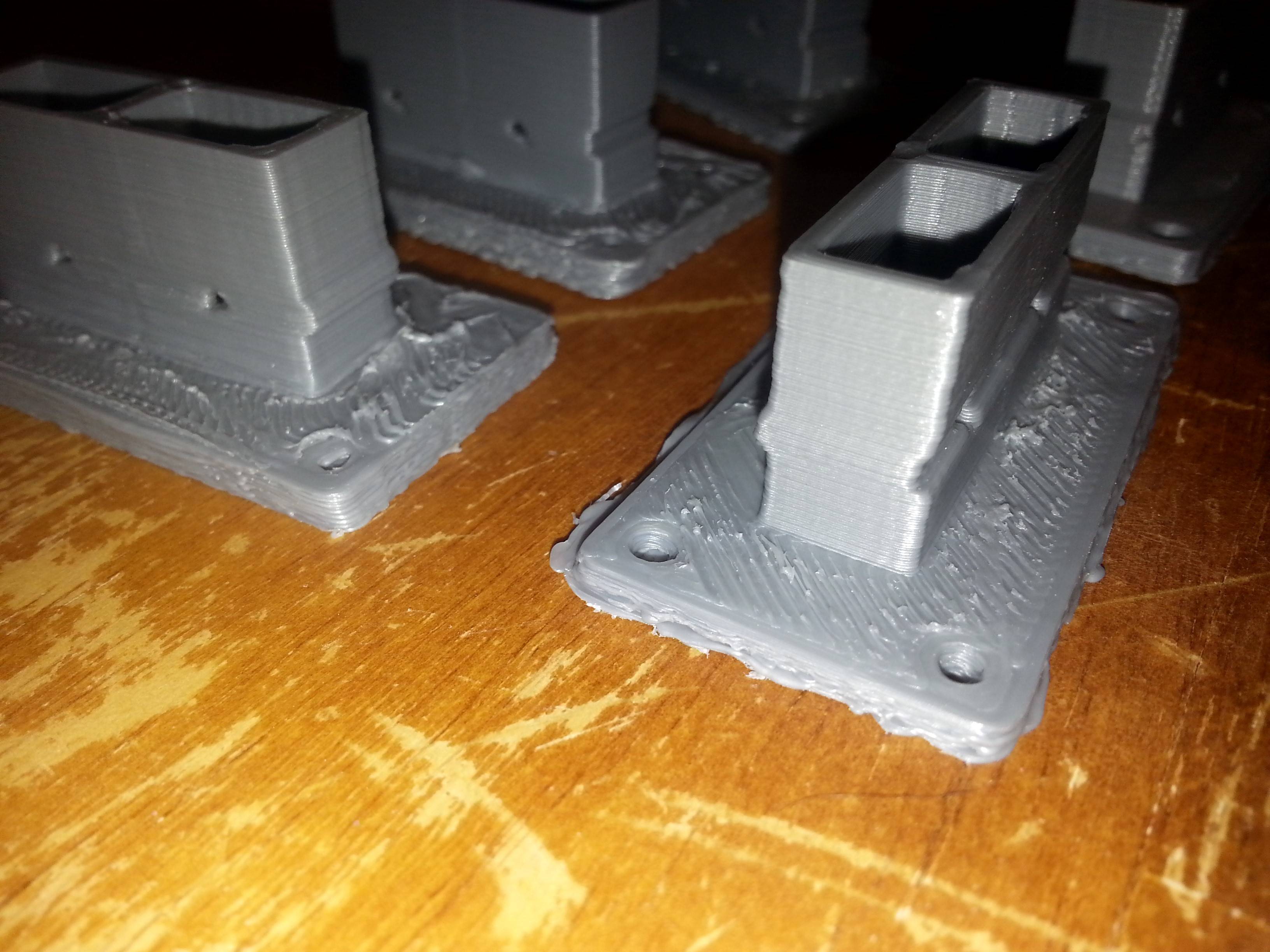 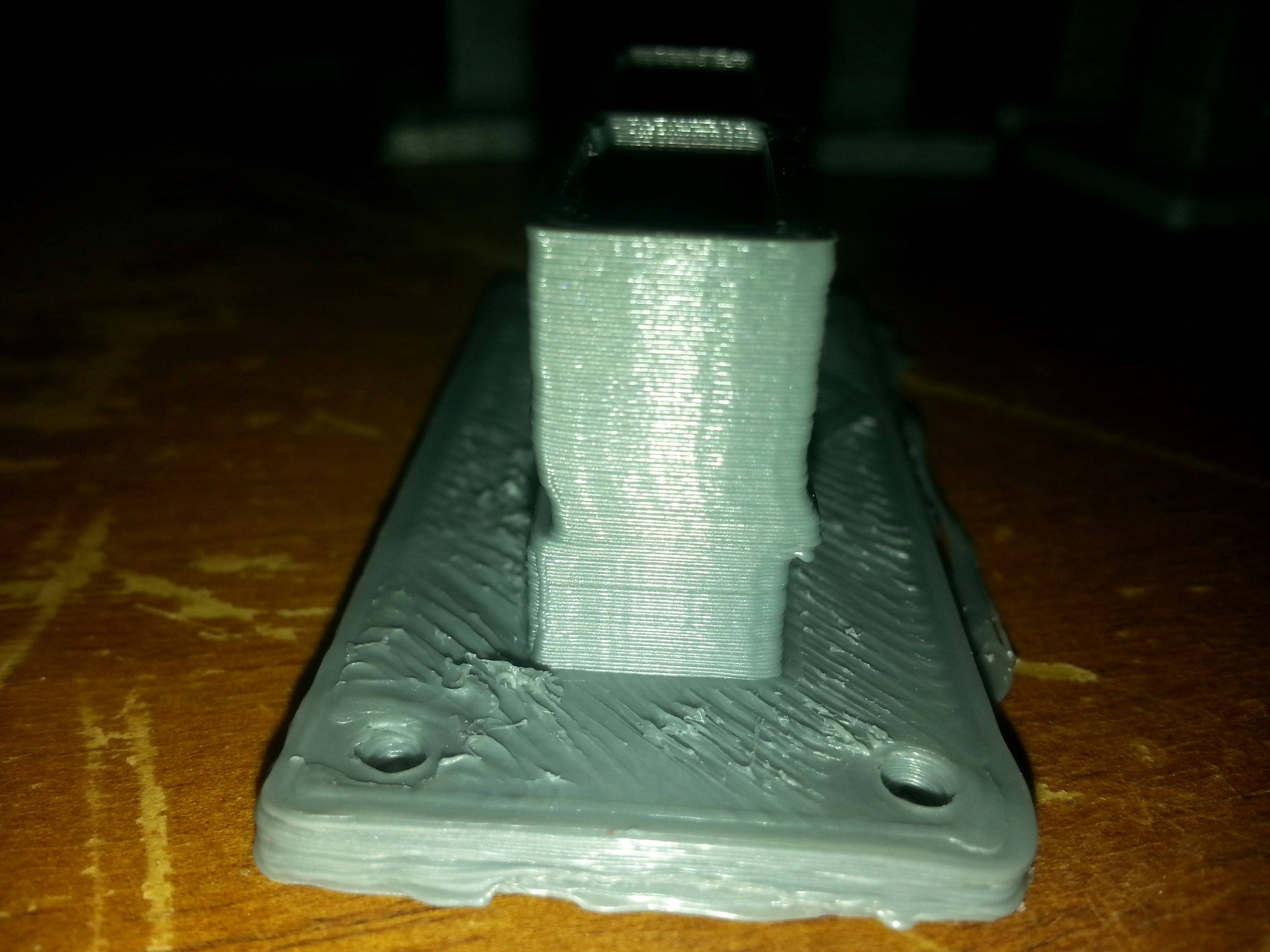 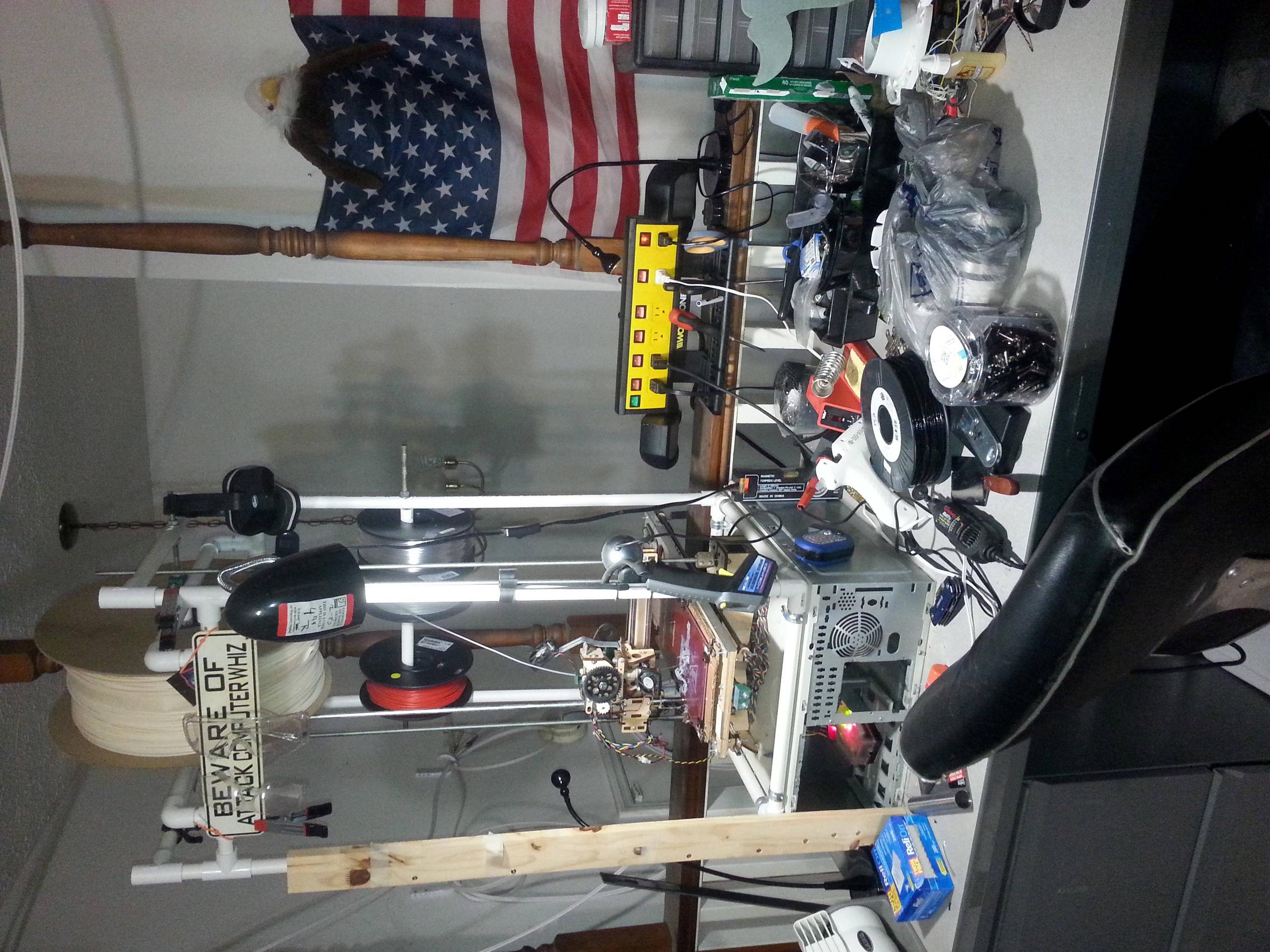 All those prints are terrible compared to what my Printrbot LC v2 can do, I think you should do a full calibration of the printer cooling, temperature, extrusion factor.

Anyway, the issue of layer shift corrects itself because ... it happens again. Nothing else.

Printrbot LC v2 had quite an aggressive acceleration already, and you increased the weight of the Y axis (frame, heated bed, rods) significantly. Have you reduced with M201 the Y acceleration? I wouldn't use anything above 1000, in your case. Maybe even less. Then the layer shift will disappear.

Also, isn't that PVC structure wobbling laterally? you could put some kind of stiffener.

The photos show that the problem is occurring at around the same height. It seems that at a certain Z height something is deflecting the other axis (not sure if it's X or Y) which resolves itself.

I suspect that the rod on which the Z axis rides is either bent or has a dimple, where the rollers pass over it. Either that or perhaps a roller has a dimple.

Not the answer you're looking for? Browse other questions tagged print-quality diy-3d-printer troubleshooting y-axis pla+ or ask your own question.