Anycubic i3 Mega touch screen turning white and not responding

I use an Anycubic i3 Mega and have used it for a couple years. I had just turned it on after about a month of it being unused. It started it's start-up "beeping" but showed a white screen instead of it's usual graphic. It never left that white screen after starting up and the touch screen signifies no response to input. When I turn it off (both by hitting the off switch and by unplugging it while it is on) the screen will fade, then flicker (but significantly dimmer) back on a few times, then go back to full brightness and finally die (all of this opposed to merely fading to black then flickering once like normal).

Due to the printer's location it would be very inconvenient to use USB in conjunction with Cura every time I want to print something. Is there a way to fix the problem without buying a new touch screen from Anycubic. Research suggests that I might be able to solve the problem by reconnecting a wire/wires inside the printer if they had come loose, however I am reluctant to open up my printer's innards on so little information (and unlike this touchscreen problem, my printer's touch screen no longer responds).

I also can't seem to find a tech support phone# for Anycubic and am thus unable to contact them directly. 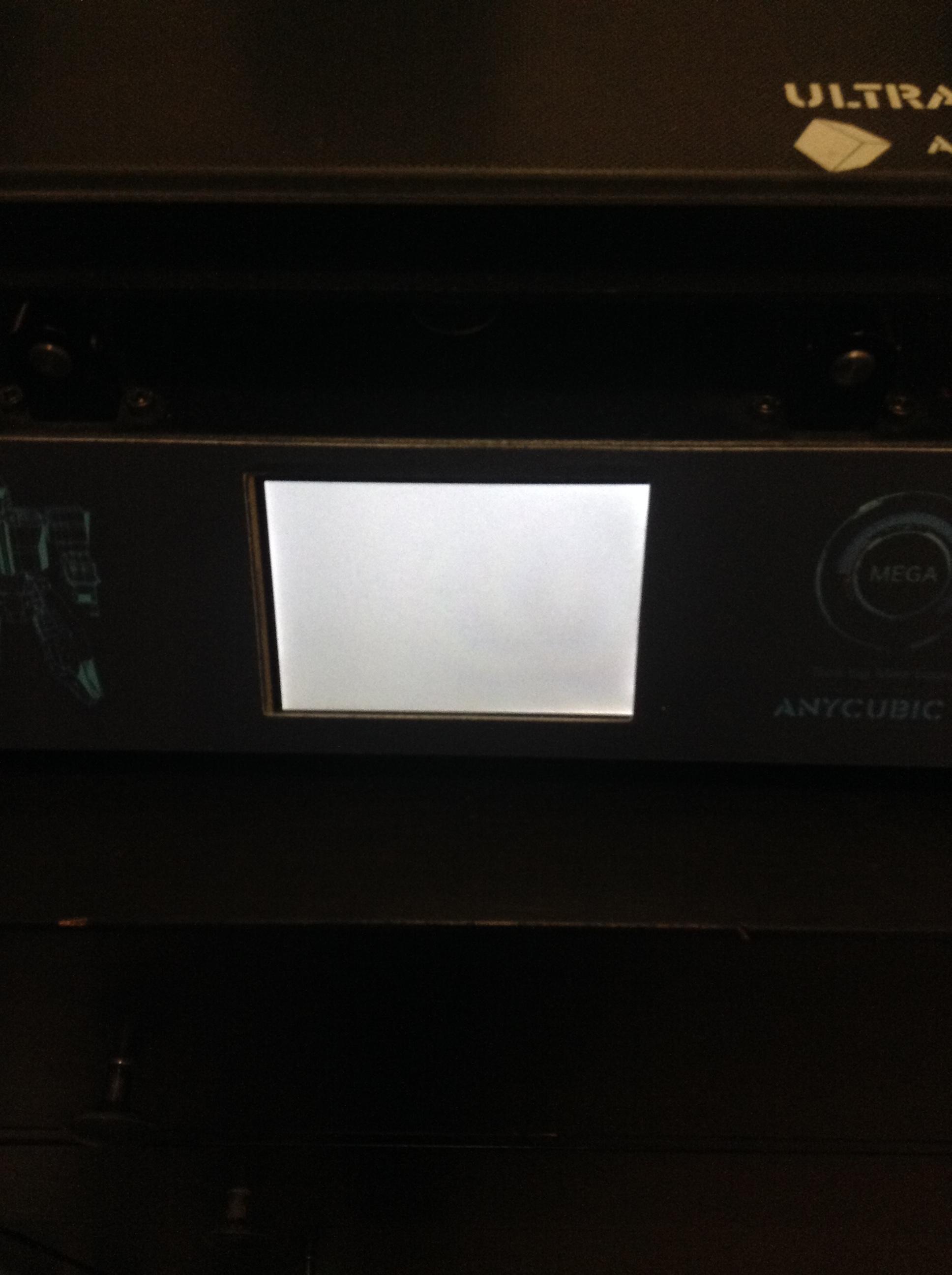 Browse other questions tagged anycubic-i3-mega or ask your own question.

2
Which nozzle should I buy for Anycubic i3 Mega?
4
Reasons for a PLA print not sticking to bed all the sudden?
0
Anycubic i3 Mega incorrect Heated Bed temperature Reading
1
Problem printing circles/holes on Anycubic I3 mega
0
Any possible issues with adding heat/cool down cycle in the end of print (PLA)