Print failing at random, resulting in a "hairy" mess

My initial answer fixed the problem for a while, but it still persists occurring... (see update 2 below)

Print fails at random resulting in a hairy mess although I:

What else to do ?

First off, the equipment I use:

At first the prints came out as expected. 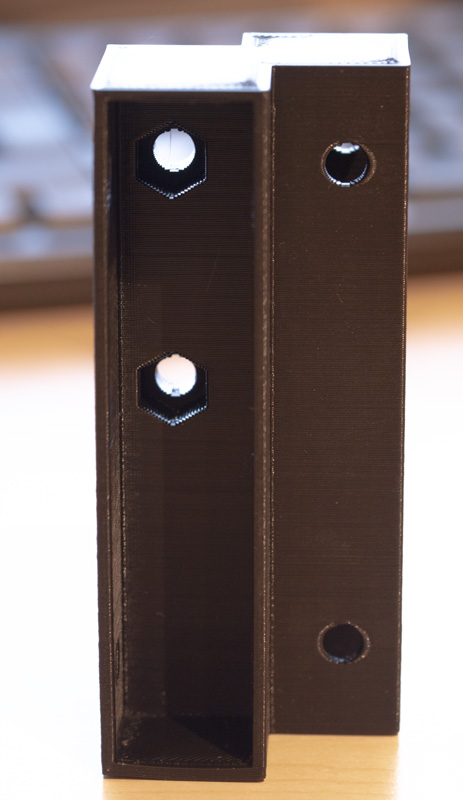 There is some bending at the bottom, that was later resolved by adding a brim. The object above and the ones later were printed with roughly the same settings:

Yesterday that same part failed after 4 hours. I had to stop the print because the printer was making "a hairy mess" around the object. 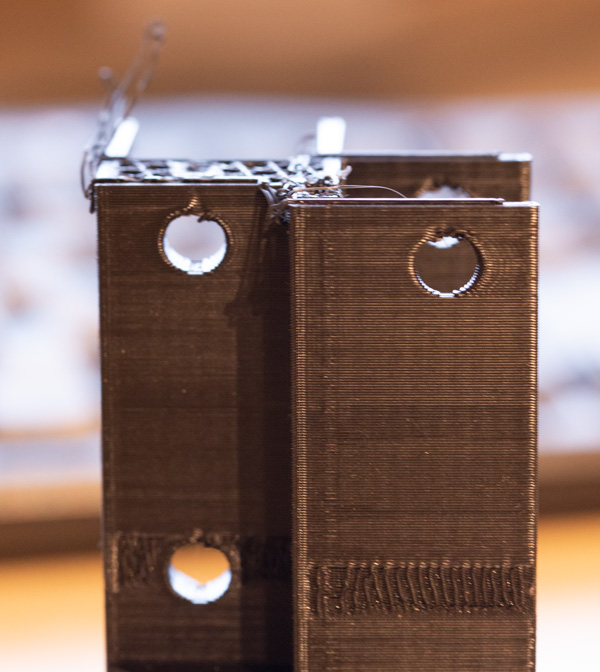 As you can see there was some under extrusion earlier in the print which I didn't notice at first. I thought the part came loose since it had little to none adhesion to the bed and after cleaning the bed properly and using some glue I started the print again. The result was the same, this time the print failed a bit earlier. 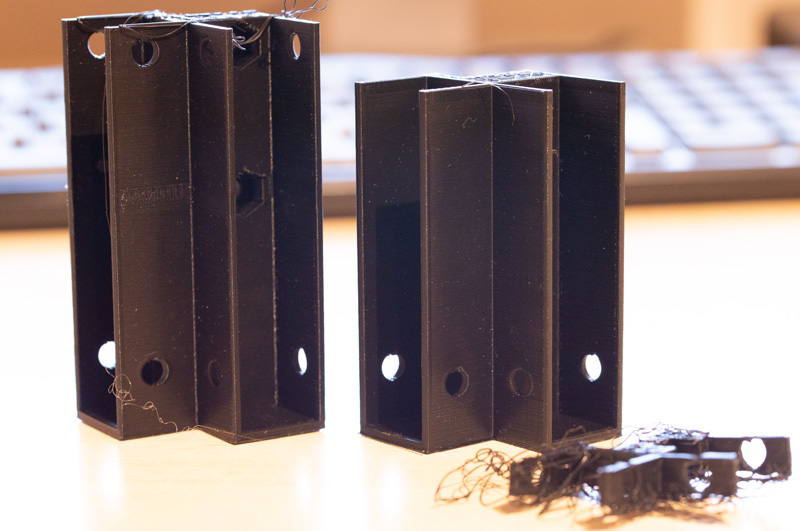 This time the bottom was quite loose again. After that I decided to print some smaller parts and do some troubleshooting first. I noticed some weird looking "curly" lines right away and stopped the print. It looked like "under extrusion" and a "not properly leveled bed". (Notice that didn't happen in the prints before). So, after leveling the bed and printing the small part again the part got printed well until the top 3 layers which looked under extruded again and I could see the infill pattern through them.

I added 5 °C to the printing temperature and (the smaller parts had 30 % infill) upped the infill to 40 %. That didnt resolve the issue completly but the print looked well enough and I had another go at a slightly bigger print.

This time not quite as tall at the ones before and it failed again. The first hour or so everything looked fine, but the printer was getting quite noisy, every retraction was a very loud clicking sound the printer itself was shaking quite a bit during movement and the print failed again. This time the object was very firmly on the bed and I had to use some force to get it off.

The noise and shaking made me check the axis and tightened the wheels a little bit and after that I cleaned the nozzle with a "cold pull". The last thing I did was printing a temperature tower which failed in the same way and looks quite bad overall. 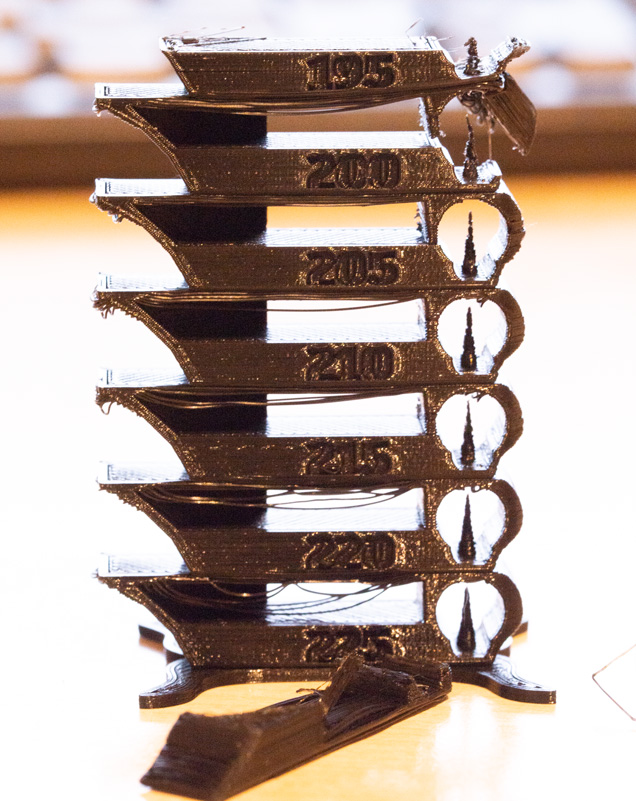 So my question is: Where do I go from here? I'm quite new to 3D printing, there still seems to be some under extrusion going on, what are my next steps ?

Please note that it seems that the filament curls up at the tip of the nozzle randomly, resulting in a few lines not getting placed properly on the already printed parts. Eventuelly the print then fails. When I push filament throught it curls up and the stream is relatively thin. Not always though, most of the time it looks fine maybe a bit thin. Can that be a clogged nozzle if X layers get printed ok, then for 5 seconds it messes up and then prints okay again?

After changing the nozzle the filament stopped curling up and the lines look much, much better. But the problem persists. I started 2 prints, both failed a couple of minutes in. The second one on the first layer. It seems that the nozzle picked the just printed lines up. 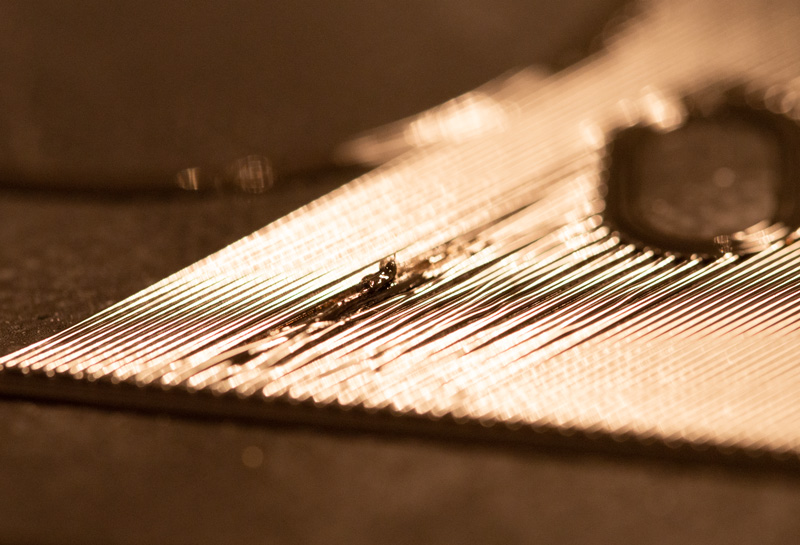 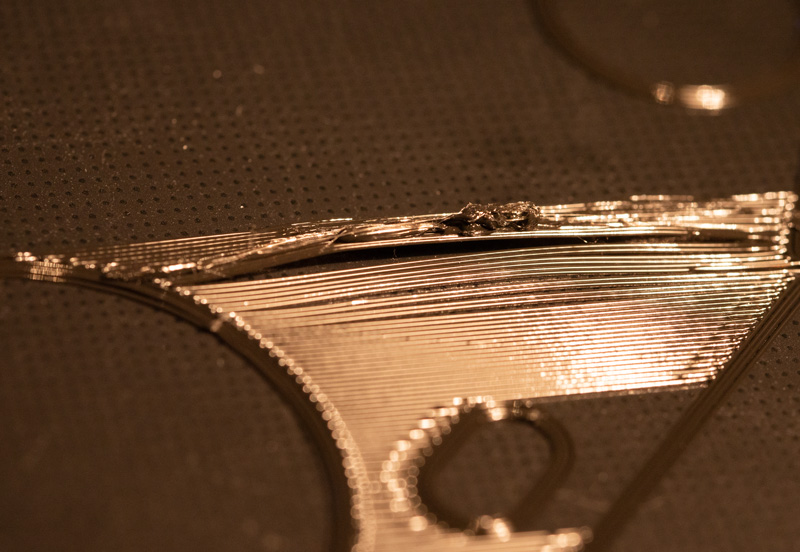 Back to square 1. It seems that I fixed a problem that I created while trying to fix the original problem.

After 4 successful prints and ~20 hours of printing the last print failed in the exact same way as shown in the pictures above. The filament is curling up at the nozzle again. The heatblock is not leaking.

I guess the nozzle is clogged ?! Can that be after such short printing times ? I dont want to clean everything for 2 hours after every print. Or worse change everything out after 15 hours or so.

After I finally had the time to disassemble the extruder and I found a possible culprit - which did solve the issue for some time. 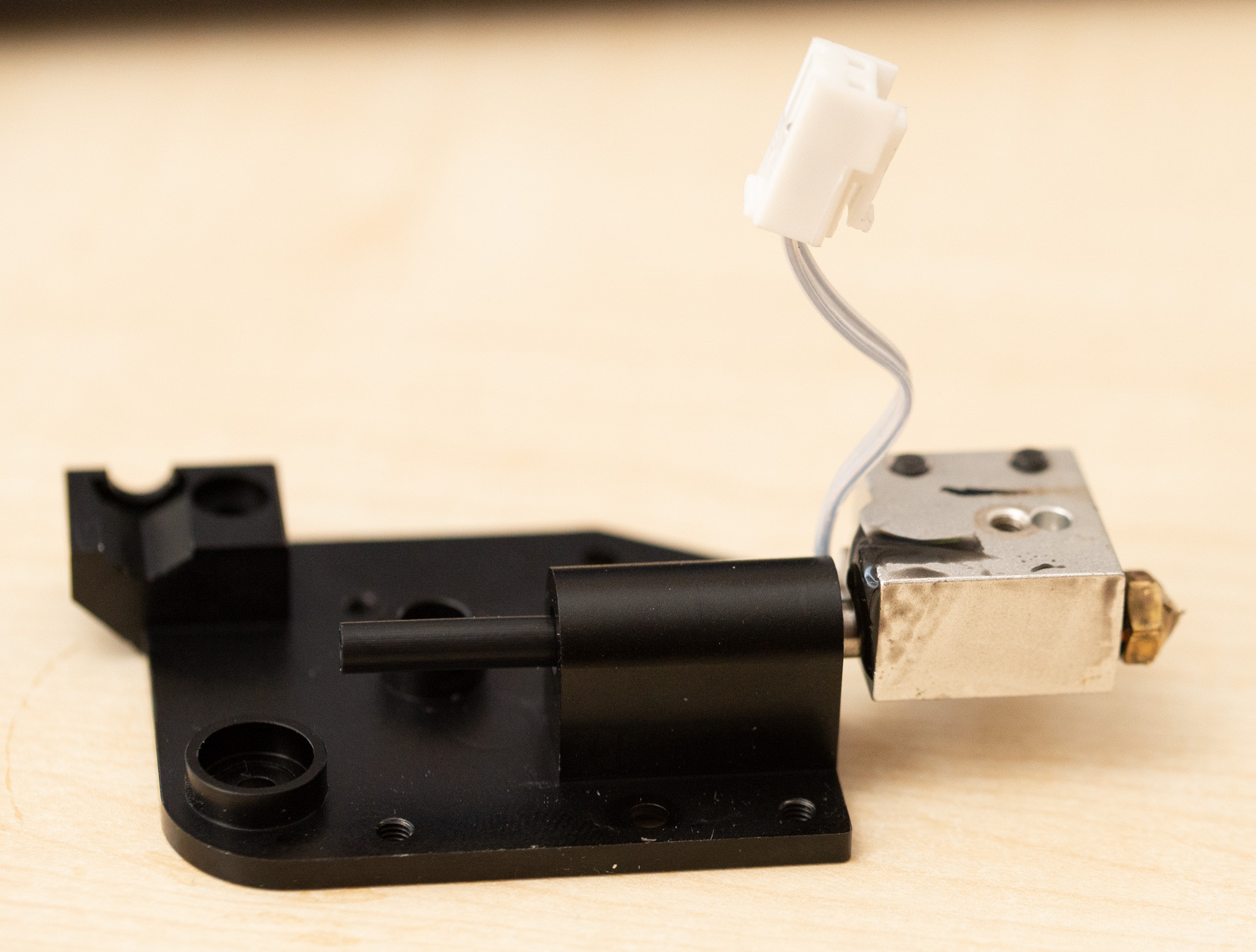 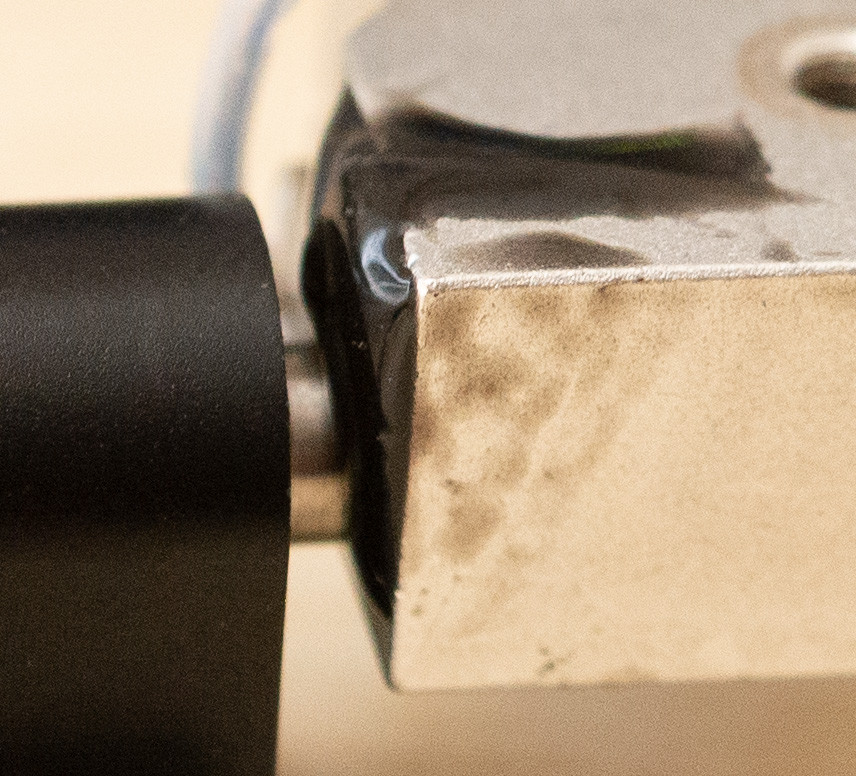 As you can see on the pictures the heater block leaked and this lead to some filament dripping off of the side and onto the print. The nozzle then eventually caught these drips and this caused the mess.

This was most likely the problem, Over time and after several melting ,hardening and melting procedures some filament creeped between the threads and the heatblock started to leak .. first slowly then worse and worse.

Hope that helps anyone. My prints come out great again. Plus I now know a lot more about my printer .

the original problem reappeared, see my update 2 of my question

Just to close this off: I can only guess what the original problem was but since I had this issue some times now I am quite certain, that it has to be bad filament (I am using really cheap one) and a relatively dusty environment, mixed with overreacting when trying to solve this issue. I got some needles with which I - fairly regularly - unclog / clean the nozzle especially after longer times without use.

6
3D Printer seem to "Forget" Tool Path
4
Under-extrusion after a certain amount of successful layers?
2
Ender 3 print is skipping and dragging up base print lines
2
Top layers failing/underextruding on Creality CR-10
3
Ender 5 Pro print quality issue
4
Ender 3 underextrusion
1
Ender 5 Underextruding
5
Patterned Under-Extrusion on Ender 3 Pro
0
What do I do when my magnetic bed looks like this after a failed print