How do I compress 3D files

I'm trying to compress different 3D files, but find it difficult to find the right software to compress the file.

What are the most suitable 3D file compressors to compress 3D files like STL, OBJ and STEP?

I have tried Draco, and mac zip compressor.

3D files differ greatly in size and what they contain:

STL Stereolithography files were invented by 3D Systems to store surfaces. Originally it used ASCII text to store information by naming triplets of vertex positions for each triangle (facet). Since that got too large, newer STL are Binary, which is quite smaller.

OBJ was invented by Wavefront as a means of storing 3D information. It stores the data as plain text by storing vertices, to which they connect and what texture is on surfaces spun up by the vertices.

In comparison to STL, they can be bigger if they include surface information. Programs that can't do STL usually support OBJ. Slicers take either. You can reduce the size of the file by reducing complexity.

STEP files don't save 3D items per se, they store instructions for CAD programs to generate a 3D item. This makes them extremely information-dense and can create highly complex items with a somewhat minimum of file size. They also allow us to easily modify the file.

However, STEP files can't be sliced directly and need to be opened by a CAD program. 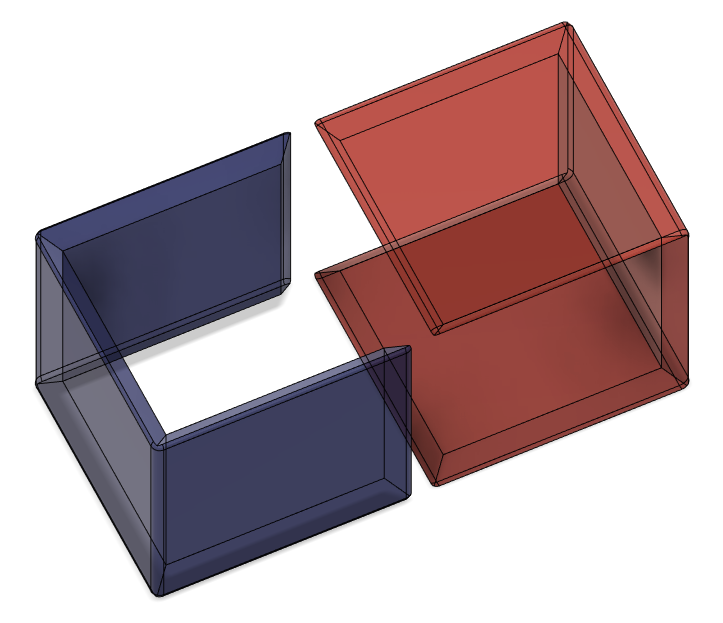 This is a simple object generated by a mere extrusion, rounding corners, extruding again and a sweep, then copying the item and moving it into position.

But how does that compare as STL and OBJ? Well, the results of this item are rather small in either case, but you get a rough gist of their general comparability.

However, in a maximum compressed .zip archive, things change a lot:

This applies to a wide variety of binary files beyond just 3D print files. There is always a fundamental limit on compression (since it works by finding patterns and removing redundancy in files), and well-designed binary file formats generally can't be compressed very far.

You may however have some luck with changing the settings on your CAD tool to output less detailed files (though you this is obviously a tradeoff.)