After having replaced the Creality factory firmware by a recompiled one to manage a BLTouch sensor I have the following behavior on my CR-X (mainboard Creality V2.2, firmware Marlin 1.1.6 + additions by Creality for touch screen and maybe merged bugfixes): 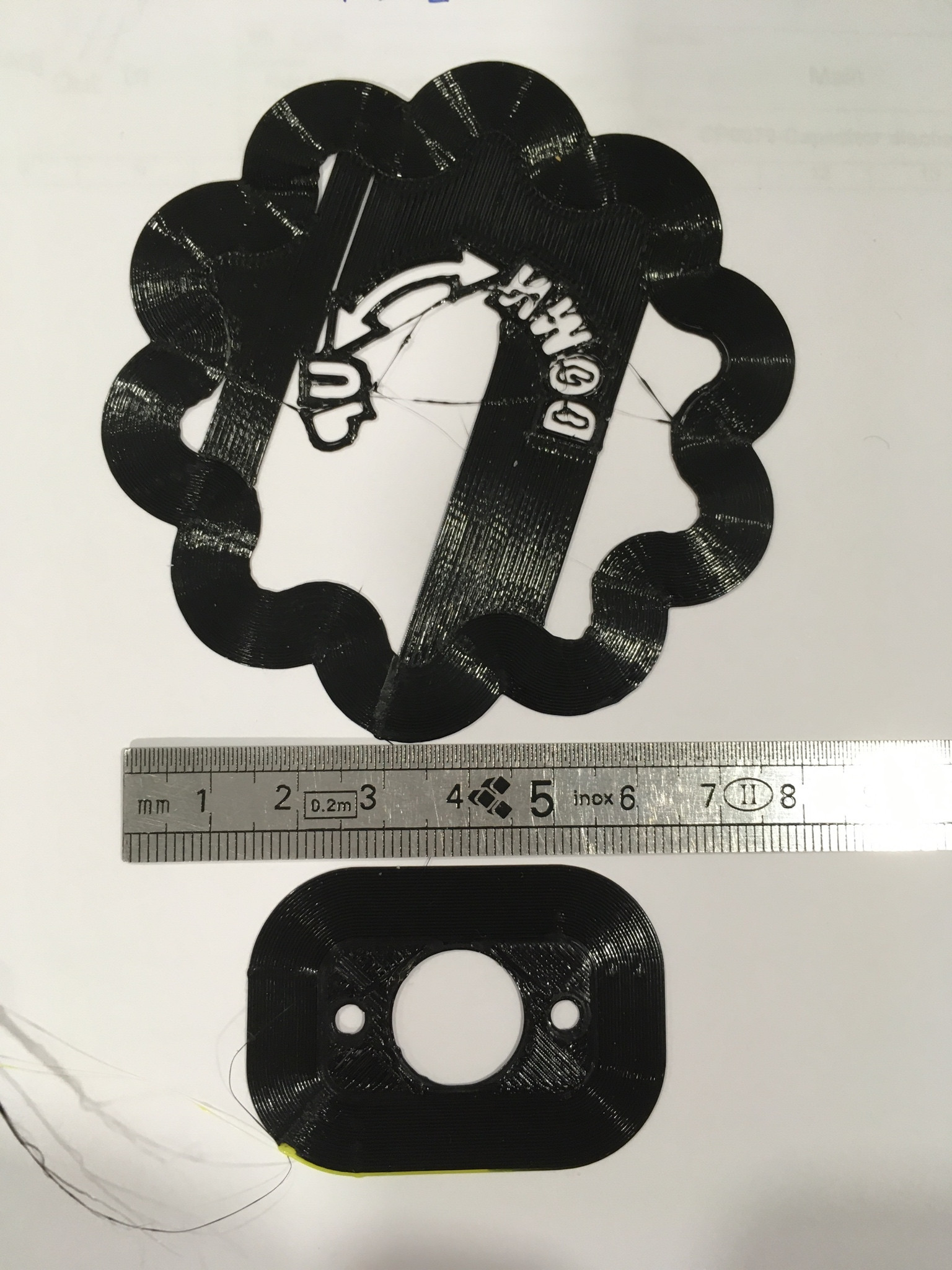 I have placed the first part turned by 90° horizontally, and the problem occurs at the same position relative to the part.

I have also noticed that once the advance is slow, even if I cancel the print, manual advance keeps slow.

I have seen that slow printing of circles is a known problem, but the circles are printing at correct speed, the slow down occurs in 45° fillings. An the Knob part is full of curves. BTW the support for bezier curves is not enabled in advanced config settings.

Could it be a bug in the firmware? The source code published by Creality seems to be a customized 1.1.6 Marlin dating from 2017 with some more recent files (possibly applied fixes) that is supposed to match the built-in one when I got the printer but I never had the problem with stock firmware. Could it be worth to apply the Creality settings to the last 1.1.9?

Browse other questions tagged marlin creality-cr-10 or ask your own question.