Print gets worse with every layer - Ender 3

First of all, I'm still new to this 3D printing and I've bought myself a second hand Ender 3 with some mods done to it.

I've successfully printed with PLA in different colors but after a good first layer the print seems like it is skipping lines.

I have used Cura with the Ender 3 Pro profile:

I really don't know how to fix it the bad quality. 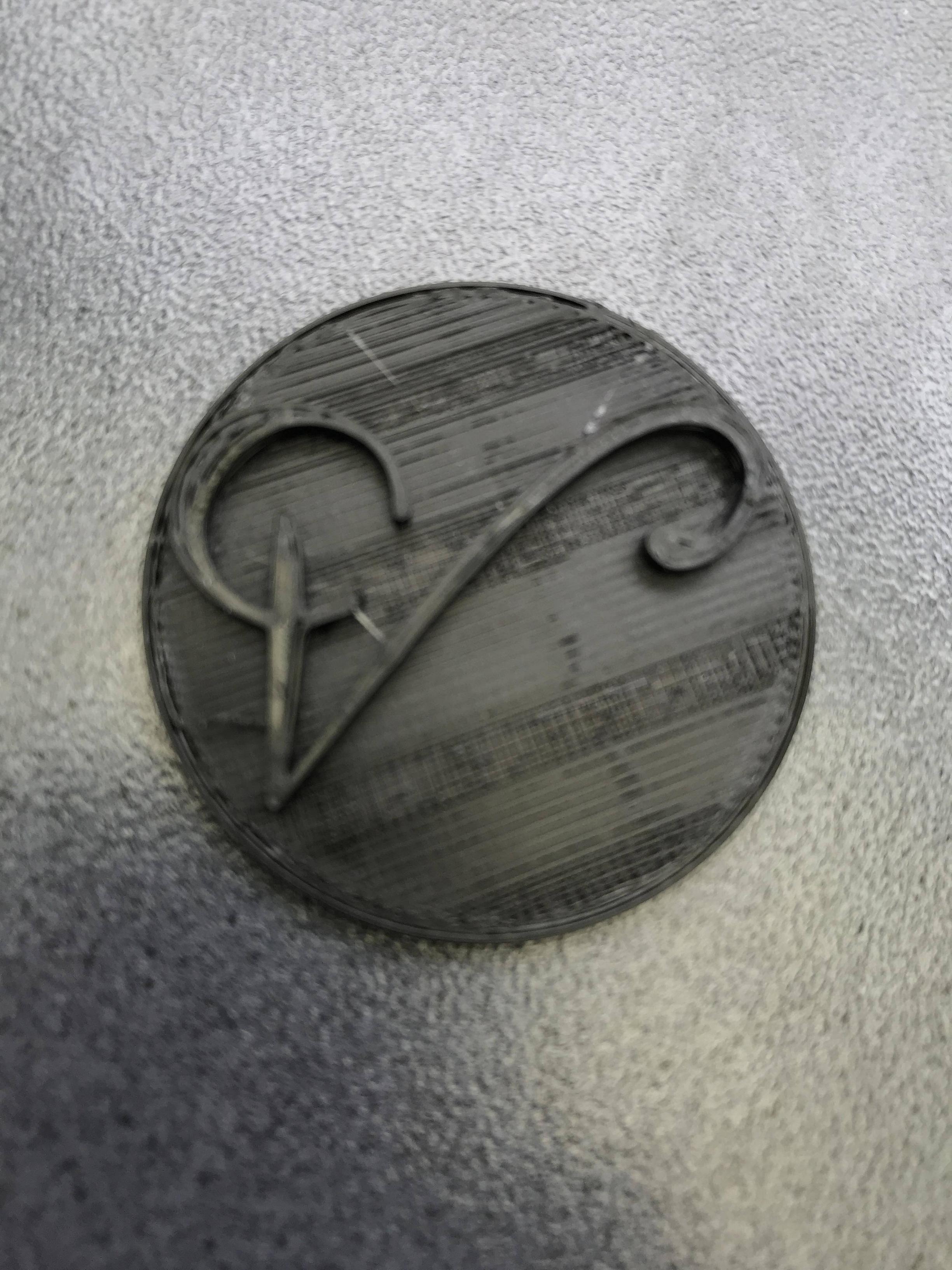 Many questions on 3D Printing SE are answered, at least by me, not with a "this is the problem", but instead, this is how I would analyze it.

Looking at the picture you supplied, there is something strangely periodic about the under-extrusion in the top visible flat layer.

I don't think it is an X or Y axis problem. It is too low-frequency to be an extruder drive problem, such as a slippery drive hobbed gear. It seems too high frequency to be a filament feed problem, unless you are very close to the end of a spool with a small inner diameter. This is less likely because you have printed many things, and I would infer that you have seen this with full spools and empty ones.

The Ender 3 looks like a Bowden-fed printer. You are printing PLA, which should work well with Bowden.

Temperature variation could also cause this problem. If the nozzle were cooling and heating in an unstable control cycle, where the nozzle is cooler you would find under extrusion and even non-extrusion. This looks compatible with the results.

What could cause thermal problems?

If you have an infrared thermometer, put a piece of masking tape on the heater (to get a consistent IR emissivity) and monitor the temperature. Is it cooler when under extruding? It might only be a few degrees different, but that could be enough if you are right on the transition temperature.

If the temperature is stable, you might try printing 10 degrees hotter, just to see. Some variation is normal, and you might be on the edge.

It is possible you have a filament that widely varies in diameter, but for that strong an effect, you would have noticed that the filament was thinner in some places than others.

My best suggestion is to look at temperature.

It is also possible that you have something dragging on the filament spool. I don't like it as a solution, but it is consistent with printing a lot (at the beginning of spools) and then encountering this problem. A problem feeding, although I discounted it in my earlier answer, could could produce a periodic underextrusion if the drag on the spool changes. If the problem was one-time, then it may have been bad winding in the spool so that once per revolution it requires some extra tug to unwind the filament. That tug would reduce the torque available to press the filament through the working side of the printer. There might be extruder jumps (pops, clicks, etc.) coming from the extruder as it skipped steps.

Also consider whatever mods were made, and whether they help or not. There's a chance something there was sub-optimal, which is why it was sold off by the previous owner.

I had this exact issue - PLA wasn't sticking to itself. It was intermittently being dragged around by the nozzle, and prints literally fell apart when removing them.

The problem: bad filament. I bought a new roll and the printer worked fine afterward.

Not the answer you're looking for? Browse other questions tagged print-quality pla creality-ender-3 troubleshooting .

1
Ender 3 first layer of ESD PLA printing on raft fails
3
Possible causes of print defects?
1
Vertical lines with no layer adhesion
3
Ender 3 nozzle gets closer and closer to the previous layer as the print progresses
9
Expansion in bottom skin after first layer
1
Ender 3 with direct drive has severe stringing printing TPU
3
Nozzle height adjusting for every print
4
Why is my outer wall layer printing with gaps and flaking off on this specific shape?
1
Problems with underextrusion