Displayed temperature jumping while printing for a long time

I have a Felix Tec 4 (Single Extruder) and at the moment I print for a relatively long time compared to my other prints. Recently I noticed that after a few hours of continuous printing the displayed temperature jumped by up to 10 °C, which is almost certainly not true. Since it is the temperature that jumps, it will probably be the thermistor that is broken, but what is broken that this only happens after several hours and not immediately?

I think it does not have to do something with the G-code, because the temperature makes jumps of up to 10 °C in one second and back again. I had 2 pretty big prints to do. It happend on both of them, but I forgot to take screenshots on the first print which was much worse that the second one. Here is how it looked in OctoPrint on second print: 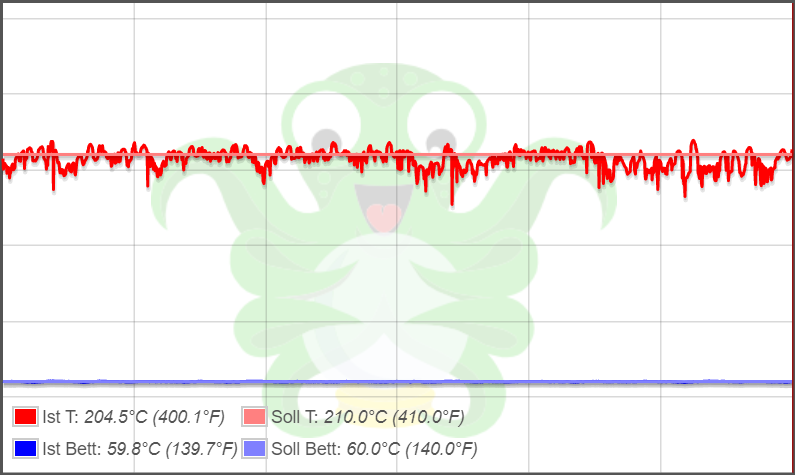 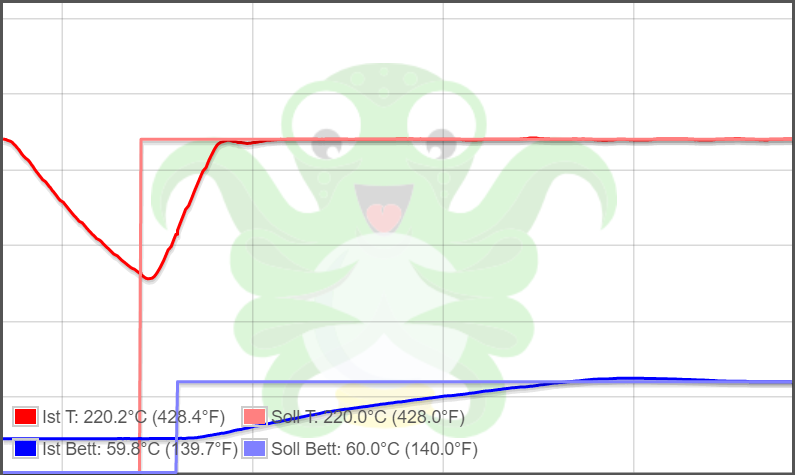 Your temperature is not just bumping up 10 °C. Your hotend is fluctuating in temperature, it drops under and increases over the "set" temperature. The hotend temperature is a result of the amount heat you put into it and how much heat you pull from it (e.g. filament heats up and draws energy from the heater block), apart from a too large printing speed for the heater to follow the energy off-take, this can be the result of one of the following (or combined) issues:

Not the answer you're looking for? Browse other questions tagged hotend heat-management thermistor .