What type of plug is this?

I'm not really sure what the type of plug on the heater cable is. Is it a Molex KK or maybe a JST PH?

The printer is a Prusa I3 Hephestos (aka BQ Hephestos). It came with this "BQ HOT-END HEATCORE CLASSIC" hotend from the "BQ Witbox 1" extruder.

As 0scar noted, this looks suspiciously like a JST connector, but the left one is not a JST RCY connector and it is neither one of the common JST PH nor JST XH, JST manufacturer pages show. In fact, it's not a wire-to-wire JST connector. The BQ-store claims it is a 2.5 mm JST connector, but JST has some 10 dozen different types of connectors, some three dozen of them with a 2.5 mm pitch.

This one is rated 3A, and looks like the connector on the right, the thermistor one. So if you need to fix that, you know what to get for that.

So what it is?

The connector however looks at first glance suspiciously like this one: 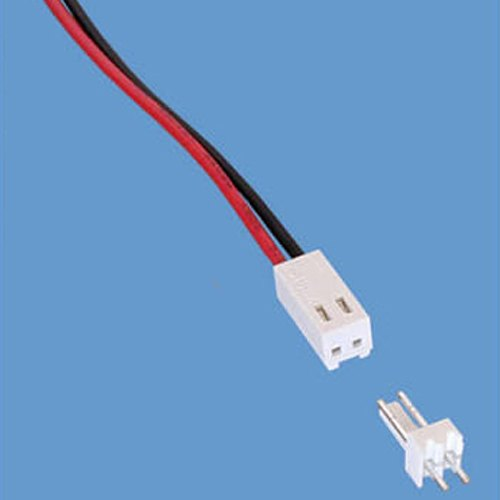 I found this product on several warehouses, listed as 2-PIN CONNECTOR W/HEADER, .10", and even found a specsheet. Those products appear, in design, to be based on the Molex KK 254 from the 2659 series. A genuine Molex 2659-series connector is rated for up to 2.5 Ampere, and looks somewhat similar.

However, the shop did claim it is a JST 2.5 mm pin, and they give a side view: 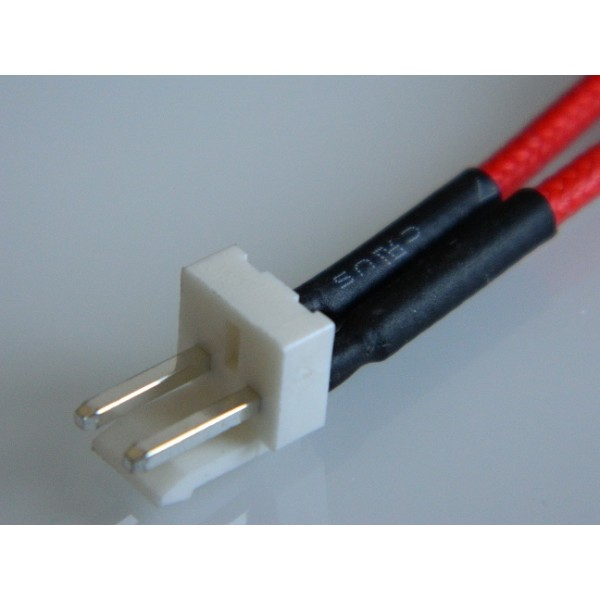 That is not a Molex KK. It appears more similar to a JST NV, which however has a 5 mm distance between the peg centers (= pitch) and it's rated for 10 A (or 120 W at 12V!). While matching in style it does not match in measurements - as OP confirmed, there's a very close to a 4 mm pitch (+- measurement tollerance) on the connector. So it's not an NV, but something os similar style. 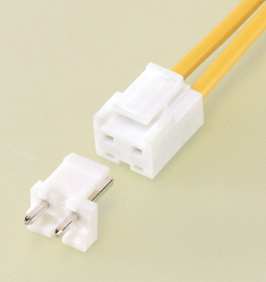 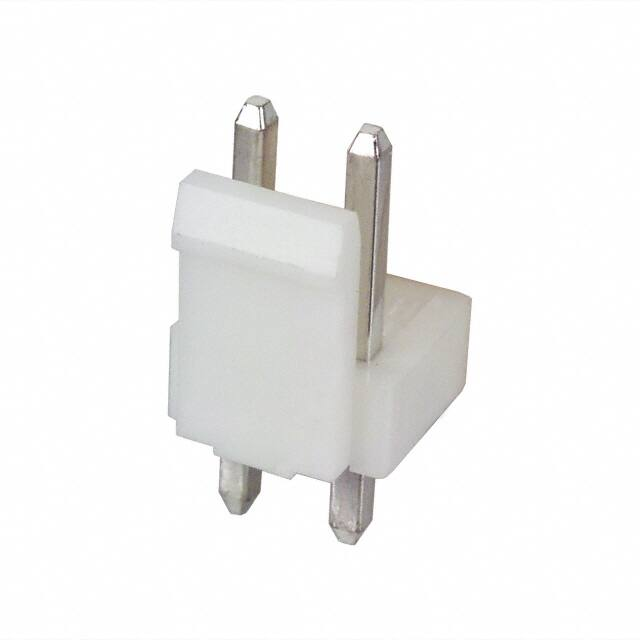 The more tedious variant to connect safely is to use either an even higher rated connector (requiring replacement) or a continuous wire to the board.

Not the answer you're looking for? Browse other questions tagged prusa-i3 hotend electronics replacement-parts bq-hephestos or ask your own question.