I've had an Ender 3 for about a year and a half now and have been using it without issues. Last week it turned off a few minutes into a print and wouldn't turn back on on power from the PSU. Connecting a laptop to the usb port does turn on the screen, which makes me think that the board should be fine.

Some investigation revealed that the glass fuse in the PSU power connection was blown. I've replaced that and also ordered a replacement PSU, but the printer still won't turn on. The PSU is outputting 24 V, I've tested that with a multimeter and attached a picture. 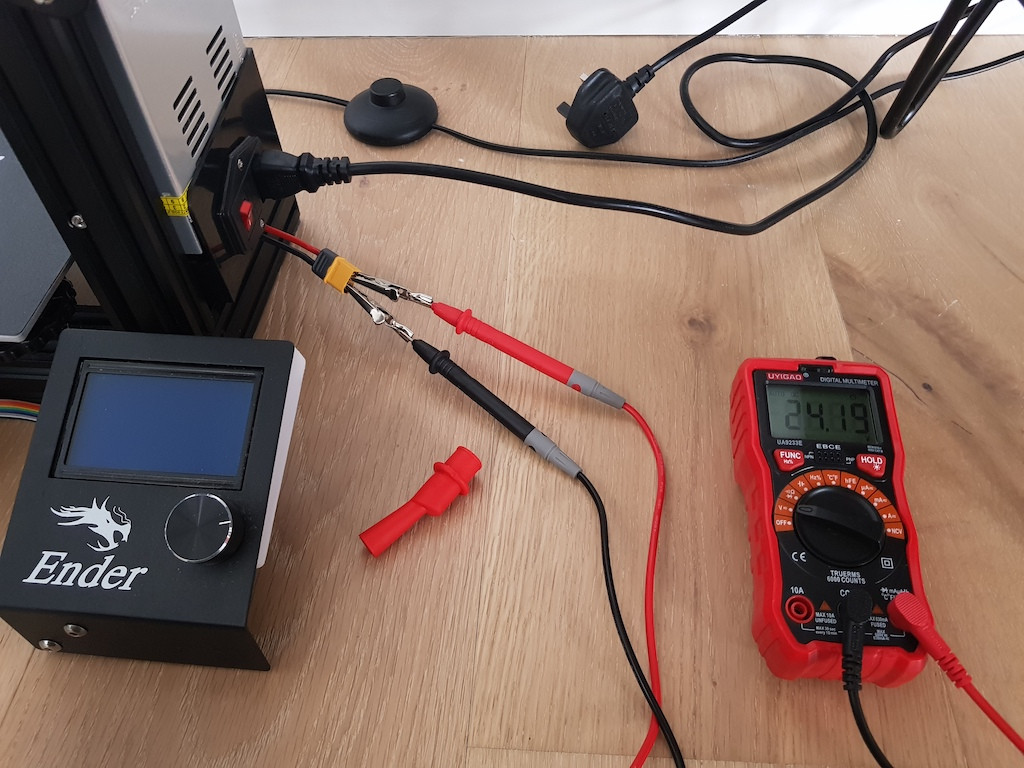 I'd be very grateful for any further hints as far as debugging this issue goes. I feel like the next step might be buying a new mainboard and testing with that, but I want to make sure I'm not missing anything obvious.

Browse other questions tagged creality-ender-3 power-supply repair or ask your own question.

6
First time assemble of Anet A6 printer. Only fan works
1
Ender 3 needs Power Supply AND USB to work
4
Why did my power supply fuse blew out on my Anet A8?
2
Power supply not working
4
Ender 3 Power Problem: Not starting up
5
Using an Anet A6 3D printer in the UK… (mains voltage issue!)
2
Ender 3 pro extruder skipping steps, tried multiple things
1
How can I tell if BLTouch is triggering?