Of course I'm referring to side by side and not stacking or overlapping. 200 x 200 mm PEI and Kapton sheets are more readily available than 400 x 400 sheets. I'm wondering if anyone has tried this and if the edges of the sheets cause a problem.

The above was a poor design because prints tended to always print on the seams, which are more susceptible to damage when removing the print.

More reliable was to put one 200 x 200 mm surface in the center of the bed, cut the other three in half, and tile them along the sides. Glue stice helps fill the seams. 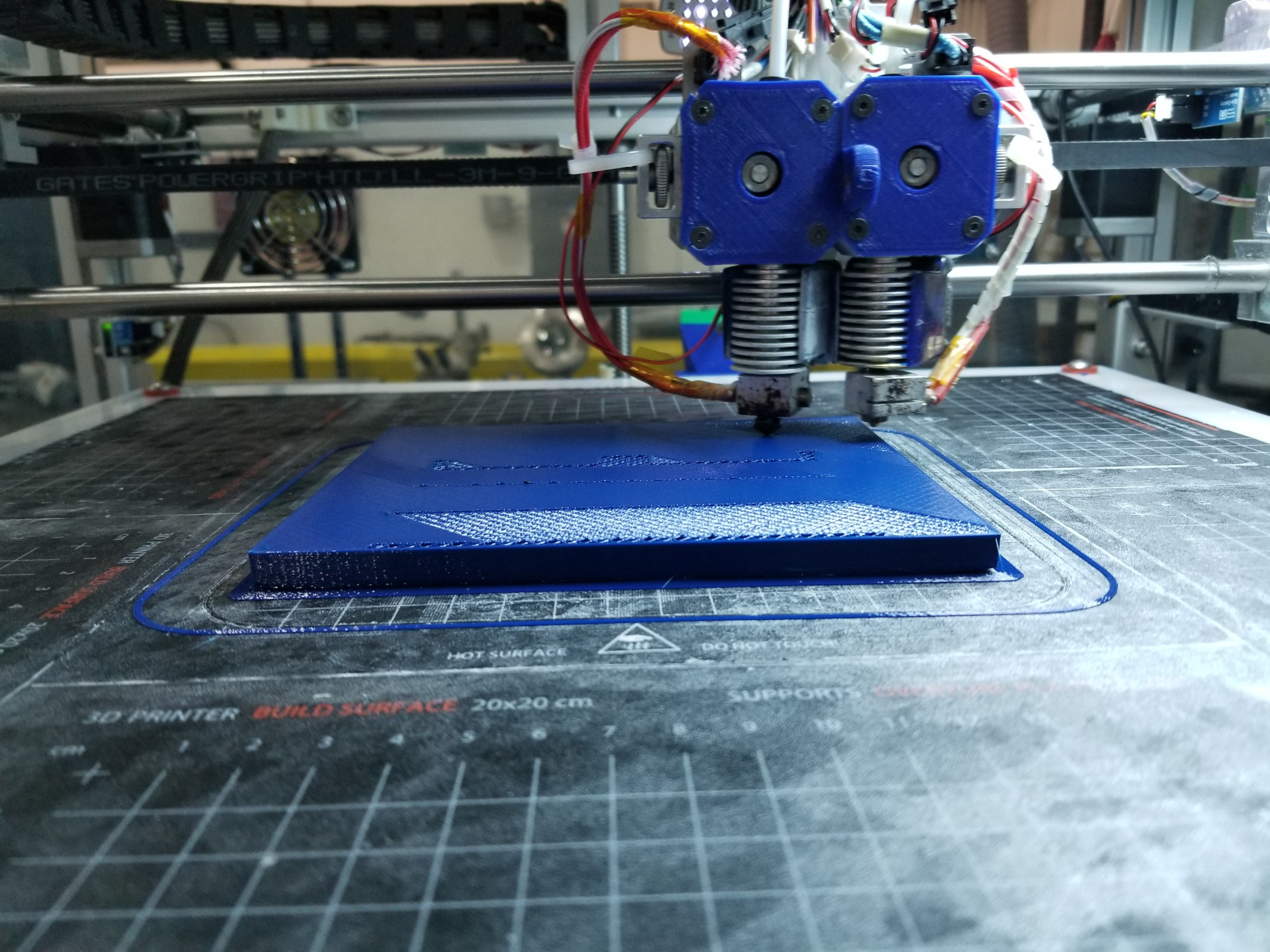 The center of the surface tends to wear out first. In that case only the center surface would need changing.

I haven't tried such a thing, but a speculative answer covering the constraints and expected failure modes may suffice here.

Unless the sheets have squared (rather than rounded) corners, the corners will almost certainly be a problem. In particular you'd end up with a hole right at the middle of the bed.

If the sides aren't entirely square (perpendicular) with each other then you'll have large gaps at one end or another.

As Trish noted in a comment, it's also possible that you may hit problems due to mismatch in thickness between the different sheets, although I'd expect these are fairly well-controlled in the manufacturing process; otherwise I'd expect bed leveling issues even with just a single sheet. If you do hit this kind of issue, it may be possible to avoid it with shimming of some sort.

Assuming you can avoid all of the above potential problems, I would expect what you've proposed to work reasonably well, especially if you're ok with very minor surface defects at the seams.

Not the answer you're looking for? Browse other questions tagged heated-bed adhesion .

29
Why do the corners of my ABS object lift off the bed?
7
What is the MakerBot Grip Surface lifespan?
8
Bad PEI plate adhesion to heated bed
3
Strange leveling problem by PrusaI3
3
Printing PLA on PEX surface - is heated bed needed?
2
PETG warping - adhesion or temperature too high?
2
Print not sticking to bed
3
Issue with Ender 3 bed
3
Part not adhering to the raft