I've a problem with my BQ i3 Hephestos.

I've noticed that in the last few prints that I've experienced some temperature drops every now and then. Yesterday, after 3 of a 4 hours long print, the hotend completely cooled down (I have Octoprint and from the temperature graph it was visible the exponential decrease to 25 °C). Apart from realizing that, evidently, I have not any cold extrusion prevention set up on my Marlin firmware (I'll surely fix that asap), yesterday I've shut everything down with the idea to try again today. This morning, though, I could not start my print because the heater didn't even warm up.

After disassembling the hotend I've tried the following things:

Trying to inspect the cables better I've noticed a black spot on the connector of my Ramps 1.4 board (as you can see in the attached image). 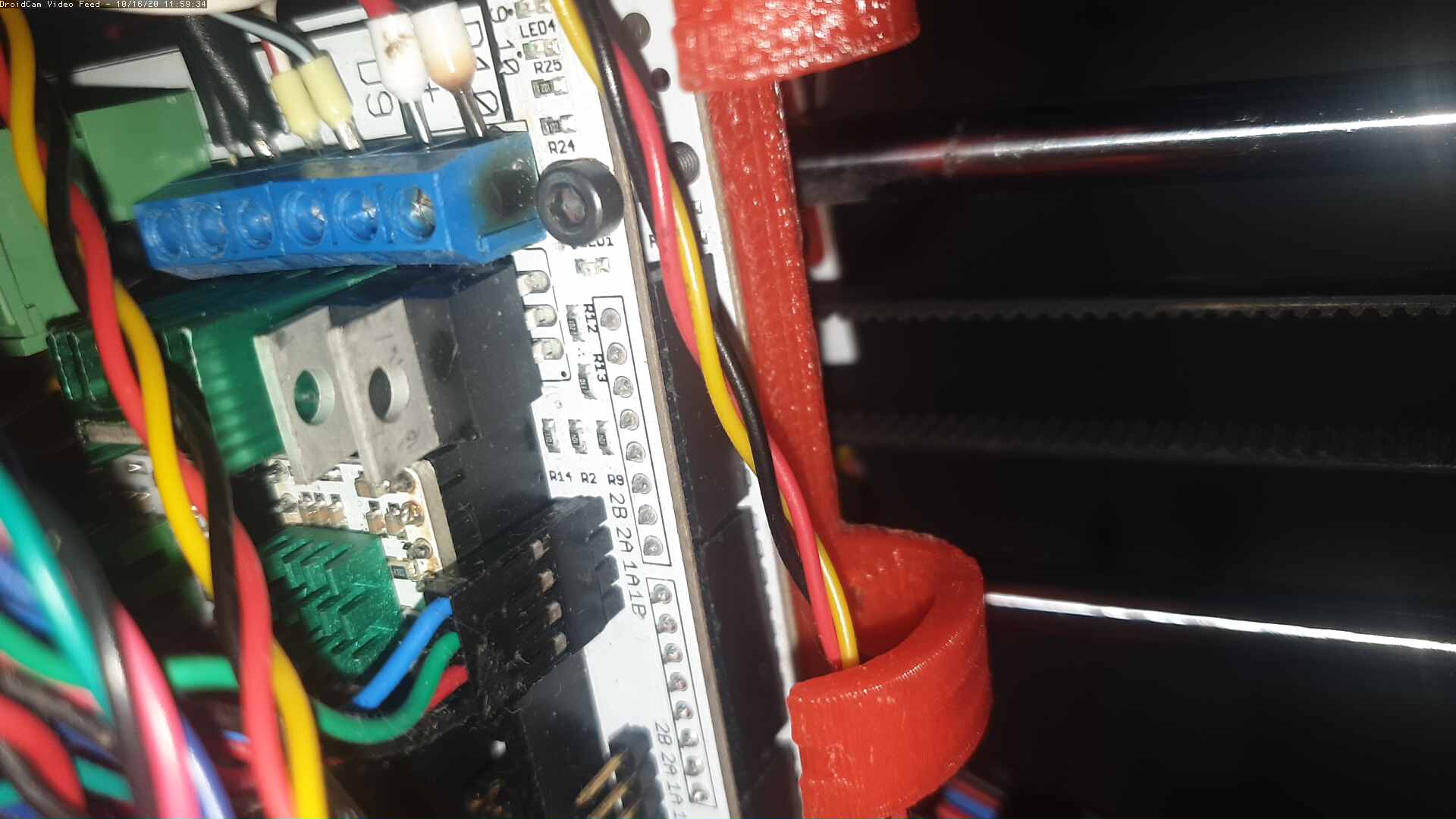 At this point I think I may have damaged something with too much current/too much heat. Too much current it seems strange to me because I have never changed anything in that sense, It is exactly the same as when I have bought the printer. It may be something related to the heat as the problem firstly occurred only on long prints (some hours).

I don't know if this clarify something to you, but to me it says almost nothing...

I've tried to attach the heater again to its original place and now it seems to work (in the sense that it gets hot). I've initially set the temperature to 60 °C, and it had no problem reaching and keeping it. Then I've tried to raise it to 180 °C but I had to shut down the heater after a few seconds because the cables became very hot and tender and it smelled of burnt

In the end it turned to be that the RAMPS board was ruined.

I bought a new RAMPS board and it worked immediately.

Not the answer you're looking for? Browse other questions tagged extruder electronics bq-hephestos or ask your own question.

10
Issue with weird heated bed temperature fluctuations
5
How to unclog a clogged extruder?
7
Filament not feeding then eventually blocked
3
Auto Bed Levelling - Printer not detecting, but sensor is triggering
3
QIDI x-one2 : Fan screws not holding filament feeder stepper motor in place
6
Hotend heating failure too short before limit
5
How can I avoid jamming in the feeder?
1
Short-circuited heatbed
2
Can we apply more voltage to a PCB heated bed to get faster heating?
2
Prusa MK3S not extruding during printing but extruder working