How is my Prusa Mini damaging its X axis belt?

I just received my new Prusa Mini a few weeks ago and at first it was great. But very soon a afterwards I started having small issues creep into my prints such as shapes becoming elongated, ridges on what should be a smooth surface, and skipped steps along the X axis.

Eventually the entire head carriage started making a thunking sound as it slid across the X axis. This was from the belt, having lost some of its teeth, slipping across the motor.

Here is a photo of the damage to the belt: 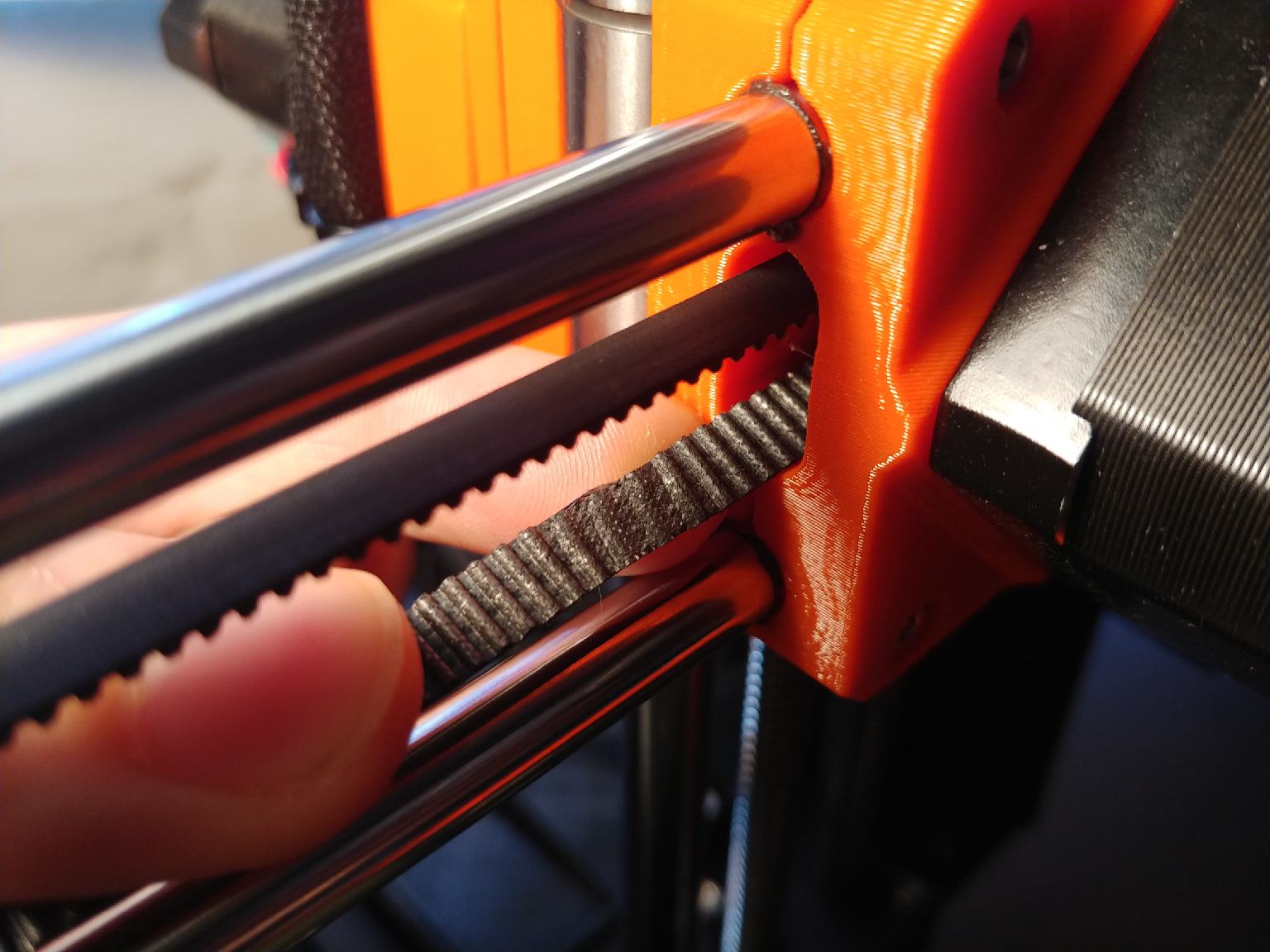 Prusa service was excellent and with a photo and my order number they shipped out a replacement immediately.

Swapping in the new belt fixed everything and I thought my problems were behind me. But within a day or two of printing I started noticing problems with my prints. Upon inspection, I found that my belt was again damaged: 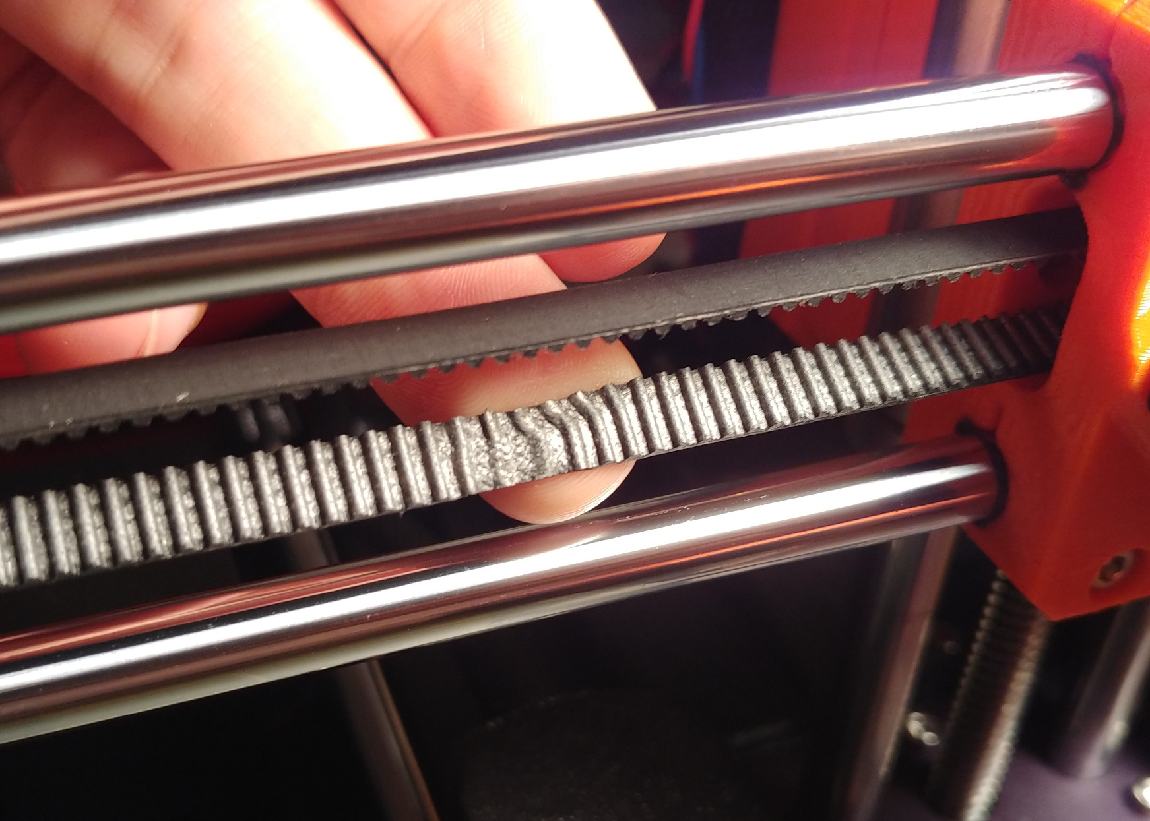 I've tightened belts before on my other printer and have never seen anything like this.

I did notice that the belt provided by Prusa is thinner than the one on my other printer. But the Prusa belt seems to be of a higher quality with some kind of fiber blended into it:

The obvious answer is that I've overtightened the belt. But I've tightened belts before and never had this happen.

Interestingly, both belts failed at the exact same location. The position where the damage would be at the X axis motor puts the extruder roughly centered on the build plate. 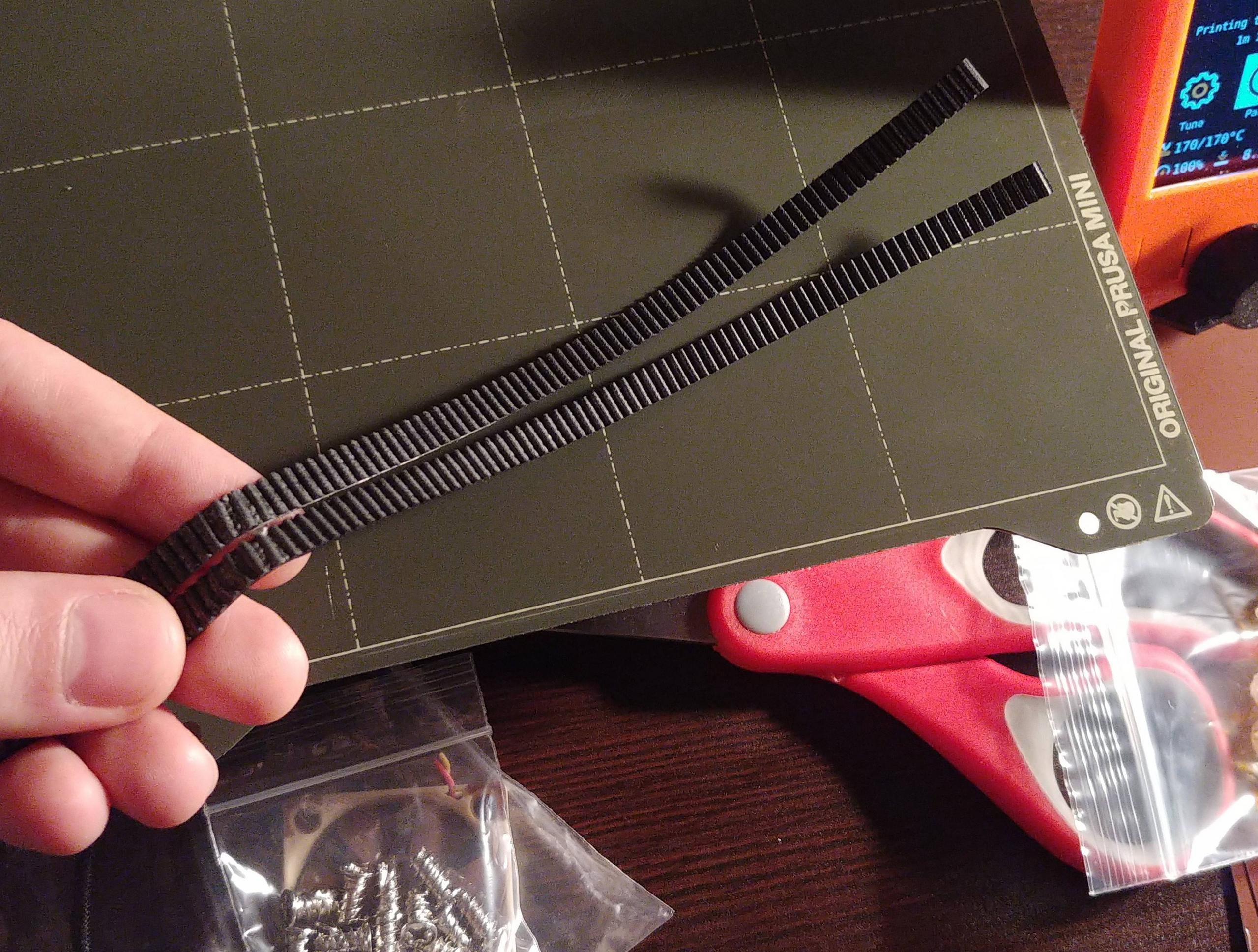 I followed up with Prusa on this recently (a few months later) and they confirmed that there were issues with some belts but that this has been fixed in production.

To provide a better guarantee of quality, I opted to replace both the X and Y axis with genuine GATES 2GT PowerGrip GT3 belts. This has fixed the problem for me.

Not the answer you're looking for? Browse other questions tagged belt prusa-mini or ask your own question.