Before I start, I'll give you my setup:

Since I've updated the Marlin FW on from factory default to 2.0.7.2, my printer stops printing and gives out an thermal runaway exception message.

The problem is absolutely repeatable and happens always on beginning of layer 2 (more precisely: 40 seconds after beginning layer 2). Changing PID values doesn't change anything to the moment of the error occurring. 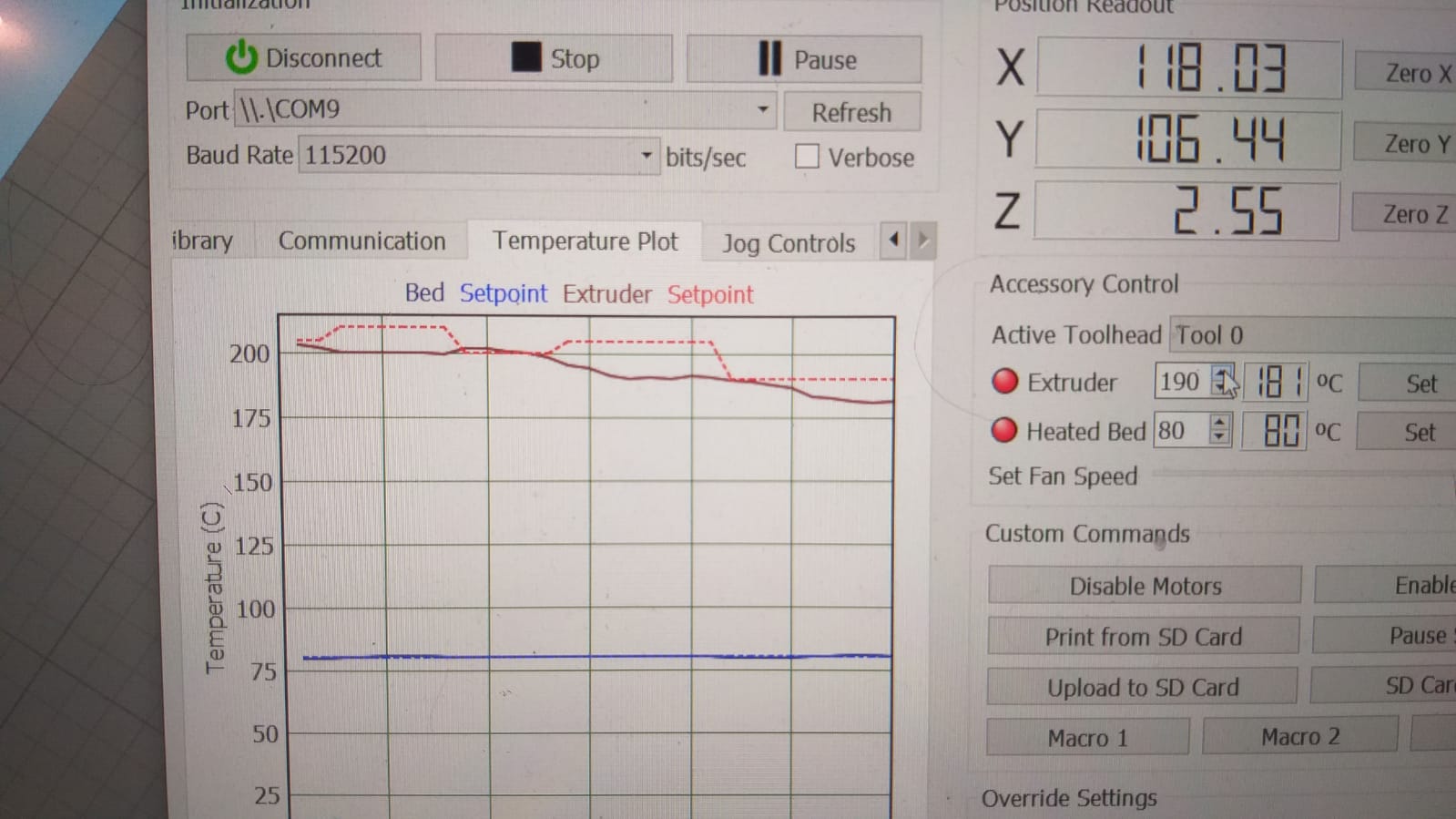 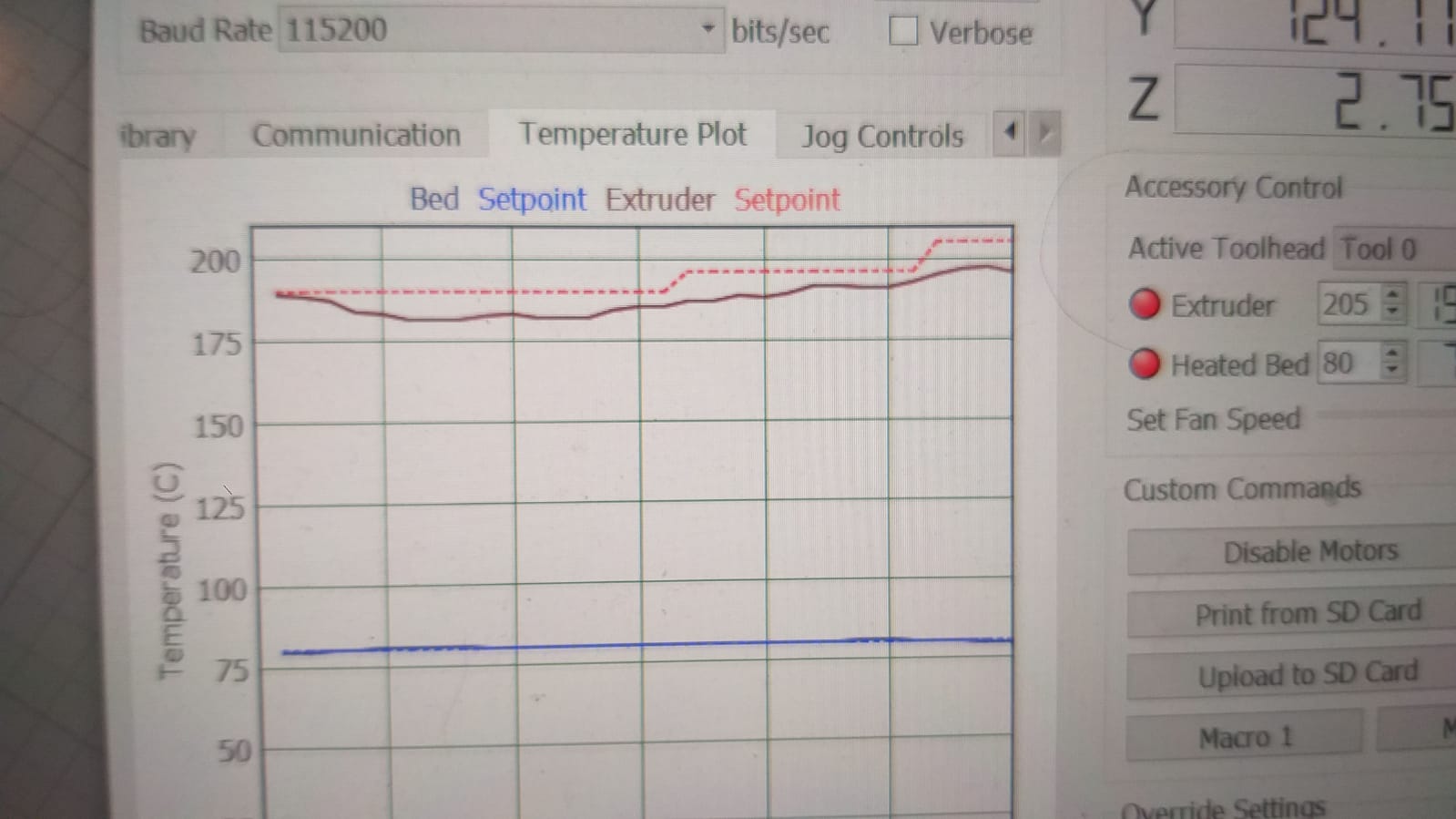 After this temperature drop, the hotend temperature seemed to be much less stable and reached only 205 °C.

At Layer 12, the same thing happened again. But dropping the temperature far too low for PETG and having the "same" issue again, making me stop the print.

This problem is pretty urgent and I haven't found any suitable solution by now. Do you have any ideas of what may cause this trouble? New heaters and thermistors are on their way right now. But I fear that this is not a hardware problem since none of the components are damaged and dysfunctional, nor the moment of failure is random.

It turned out, it was a faulty heater, that wasn't able to reach and maintain temperatures over 195 °C in a stable manner. The order came, had a new 50 W heater, thermistor and a PTFE-Bowden tube. It works just fine again, now!

I find my Ender 3 Max has "phases" where each and every print will end in a thermal error, always at layer 2. During these phases, I disable retraction to keep the flow of filament constant through the hot end and into the nozzle. While my prints are a little messier than I would like, more often than not they actually finish.

Another thing that helps is to lower the initial bed temperature as much as possible, or even have it at room temperature (Max has a carborundum glass bed with blue tape over the top) and raise it as the hotend moves away from the bed. I feel that layer 2 is the "transition layer" where the hotend is no longer using the heat from the bed to maintain its temperature, so the controller lets it have a big burst of energy to compensate for any temperature variations and more often than not gives it too much, resulting in our beloved E1 error.

I may be wrong, but I would love to try a thermal camera to see if it's true!

Not the answer you're looking for? Browse other questions tagged marlin creality-ender-3 petg pid thermal-runaway .

2
How to level bed after applying glue stick for bed adhesion
2
Printing with PETG, printer says it's out of filament when it clearly is not
4
Thermal runaway with specific prints
3
My first layer becomes solid when sections are supposed to have small separations
4
Ender-3 Pro - PLA mid-layer warping (layer separation) - salvageable?
2
PETG warping - adhesion or temperature too high?
2
Drop in temperature after couple layers
4
Why do I keep getting a thermal runaway message?
1
New Ender 3 Pro Thermal Runaway