I recently added a Creality BLTouch v3.1 to my Ender 3 which has a MKS Base v 1.6 motherboard and is running Marlin 2.0, but the Z-min never triggers.

I have made sure that the BLTouch unit lights up, uses the provided mount for the Ender 3 to get proper placement and is connected to the Z-min pins. Additionally, I have followed multiple youtube videos for connecting/setting the right parameters for the sensor. However, I haven't found the right combo.

I have tried both BLTouch and Creality BLTouch, different pin number assignments (other than the standard Z-min pin), but the status doesn't change with or without the sensor pushed in. Looking for suggestions on settings to apply, or if anyone has had this issue. 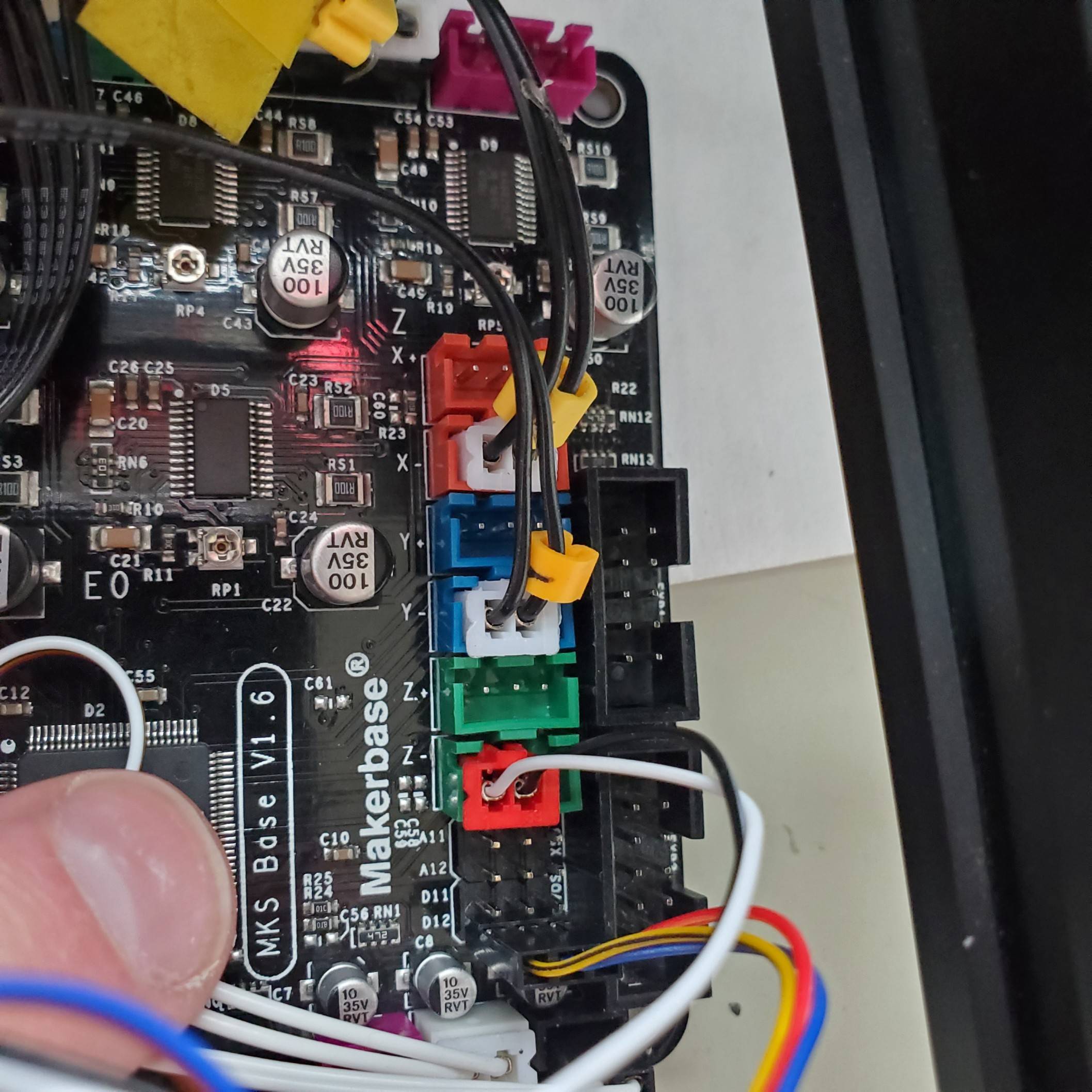 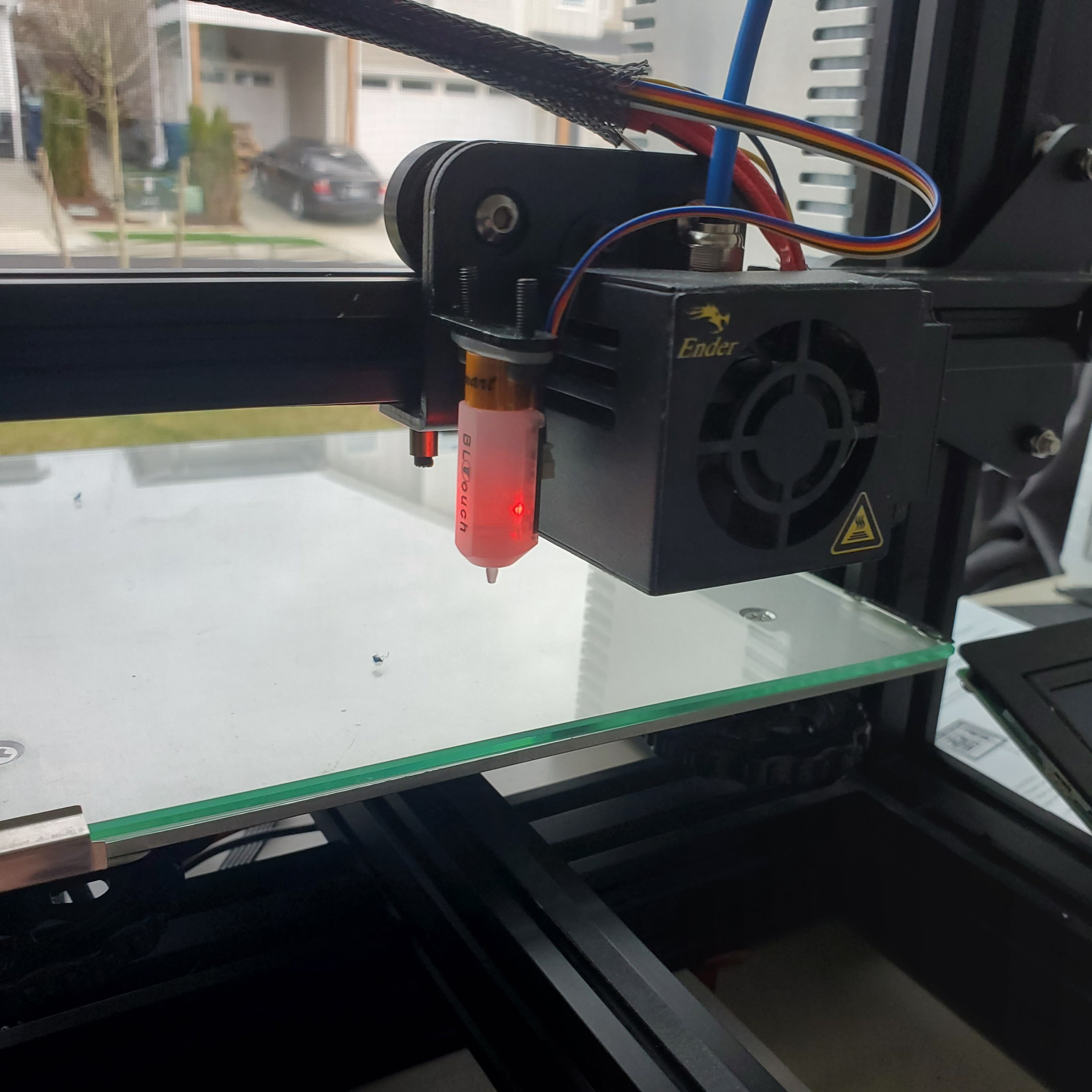 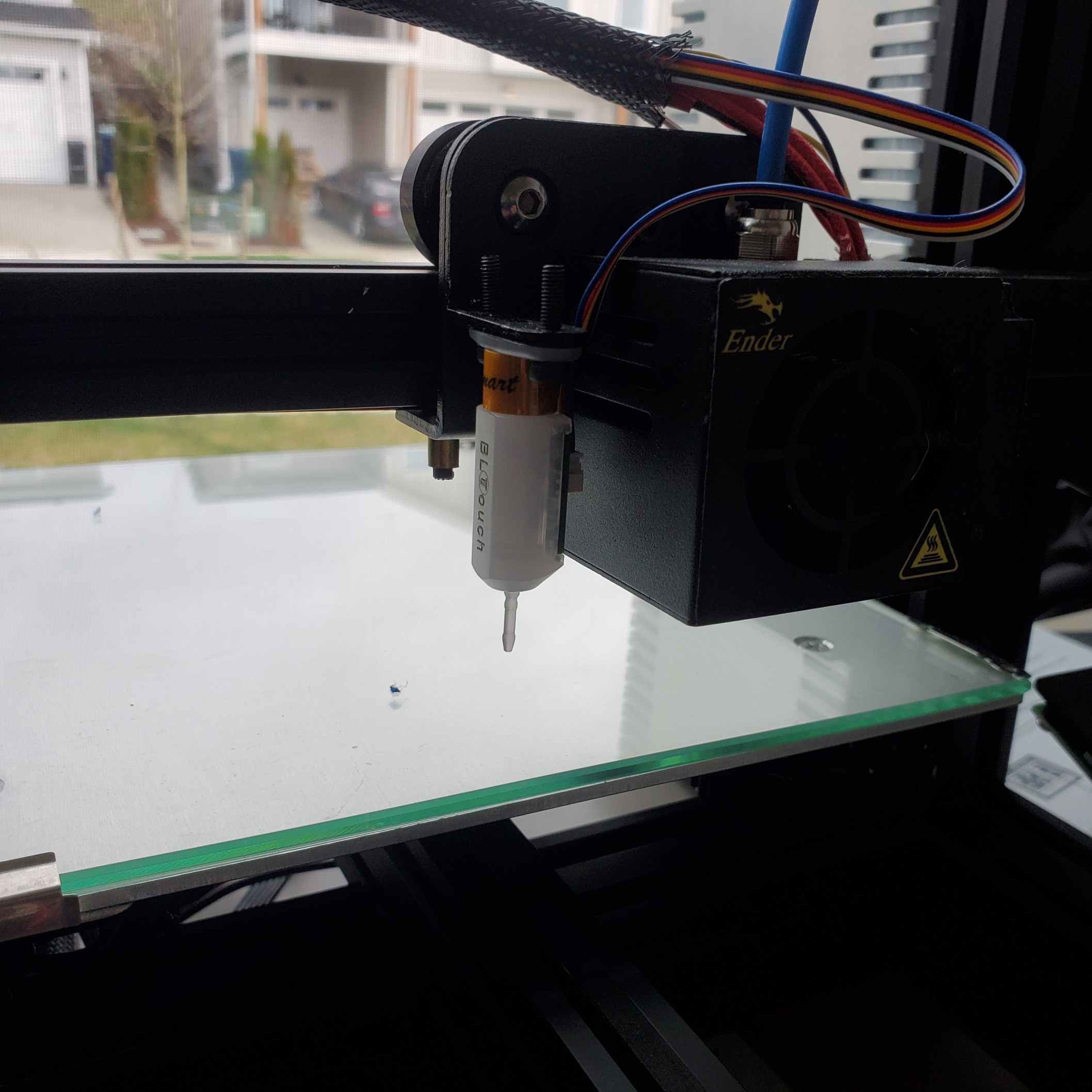 In order to use a BLTouch probe (or clone probe) you need to configure the firmware to know that a servo operated Z endstop is being used.

From the referenced files that are used for building the firmware you are running can be found in the configuration.h that:

When using a servo port operated probe (position of the servo corresponds to a certain action) such as the BLTouch, 3DTouch, etc. you need to configure using it as such:

Furthermore, you need to be sure to connect the cables of the touch probe according to the pin arrangement as defined for you controller board.

E.g. #define Z_MIN_PROBE_USES_Z_MIN_ENDSTOP_PIN could be used to re-use the Z-min endstop connector on the board.

Note that when using a touch probe (which is a sophisticated sensor with it's own onboardmicro-processor with dedicated firmware), you cannot use M119, the endstop status from the touch sensor cannot be read from the output of the command. According to "Marlin documentation", The BLTOUCH probe only sends a brief pulse, so “TRIGGERED” indicates the probe is in error state..

Not the answer you're looking for? Browse other questions tagged marlin creality-ender-3 bltouch .

2
Ender 3 BLTouch first layer problems
0
BLTouch does not compensate for differences in bed level
4
Ender 3 Pro will not auto home correctly after mainboard & BLTouch upgrades
0
BLTouch not levelling correctly (it does seem to work, just not accurately enough)
2
BLTouch clone will not deploy, stow, or deploy when homing or auto leveling