In the past we had printers with poor mechanics and with primitive software algorithms, therefore we used to print inner perimeters faster than the outermost one. See for example (generic, found online): 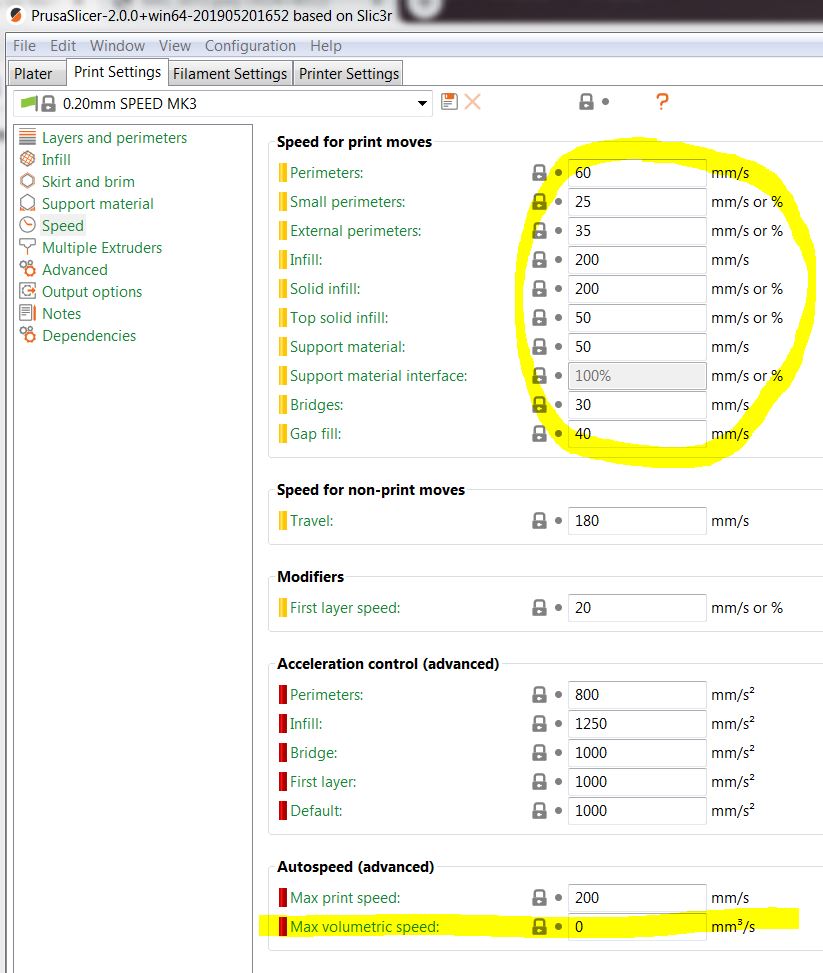 However now we have pressure/linear advance which reduces extra oozing/extrusion in corners or areas with variable speed, and in Klipper we also have resonance compensation which takes care of imperfect mechanics allowing printers to be pushed to higher acceleration without visible artifacts (in my case from 2000 to 6000 mm/s^2), see (generic) photo:

However printing slower has a clear disadvantage: E steps calibration is speed dependent with more filament being pushed out at lower speed, see

Is there any reason left to print outer perimeters at a lower speed? Using one speed only except for specific areas (small perimeters, bridges, support) seems to make more sense to me to improve quality and reduce printing times.

Lowering speed on outer perimeter has always been mostly wrong, but possibly useful. Usually, it's a poor approximation for what you really want to do, which is lowering acceleration on the outer perimeter, to avoid surface quality and dimensional accuracy errors due to ringing and backlash. However, on bowden printers without compensation for pressure ("linear advance" in Marlin, aka "pressure advance" in some other firmware), slow acceleration and high speeds give really bad error in extrusion consistency, so you're better off just lowering the max speed too whenever you lower acceleration.

It's also possible that you may want to print at extremely high speeds for inner walls and infill - speeds so high that you get a lot of extrusion consistency problems. If so, it would make sense to retain a sensible max speed on the outer wall. This won't avoid the part strength problems from printing too fast, but if your models are just decorative, it might be worth it.

Generally, though, I'd recommend solving these problems right (using linear advance if your printer needs it, lowering outer perimeter acceleration to get rid of artifacts, printing at a speed your hotend can handle, etc.) and deem "slower outer perimeter" an idea whose time has passed.

Also, note that if you're using a bowden printer without linear advance, sticking to the same speed for all extrusion will largely paper over the problem. This is probably the source of your observation that it "improves print quality" for you.

Thanks to Input Shaper, you can print faster, sometimes to the point of reaching your speed limit on the max nozzle flow speed. At that point, if all speeds are hitting that threshold without any changes in quality, you could print every part at the same maximum speed.

Not the answer you're looking for? Browse other questions tagged slicing calibration speed or ask your own question.

9
Real life stepper speed
7
How to 3D print an object with variable printing speed?
4
Marlin - slowing down print speed
3
Inconsistent inner/outer dimensions
5
Why are there so many print speed parameters in slicers?
2
Smaller outer layer height?
3
Is there a slicer that can set the print speed for each layer as a function of the layer area?
0
Ender 3 Extruder Speed / Upgrade
2
Improving print speed by adding holes
2
Ideas to tune for 300 % speed