I've had my Prusa i3MK3S+ for a couple of months now, and done 100+ prints, and other than a few issues with first layer adhesion (which are pretty much solved now), have been getting consistently good results. That is, until the day before yesterday. My last six or seven prints have either failed altogether (items that I have successfully printed previously have failed, seeming to collapse midway through printing), or completed with such poor quality as to be useless.

I haven't changed any of the slicer settings, and am using the same filament that was working three days ago (and has been stored in a low-humidity environment). Initially, the printer had not been moved, nor had anything changed in its immediate environment (temperature and humidity are the same, as best as I can measure them). 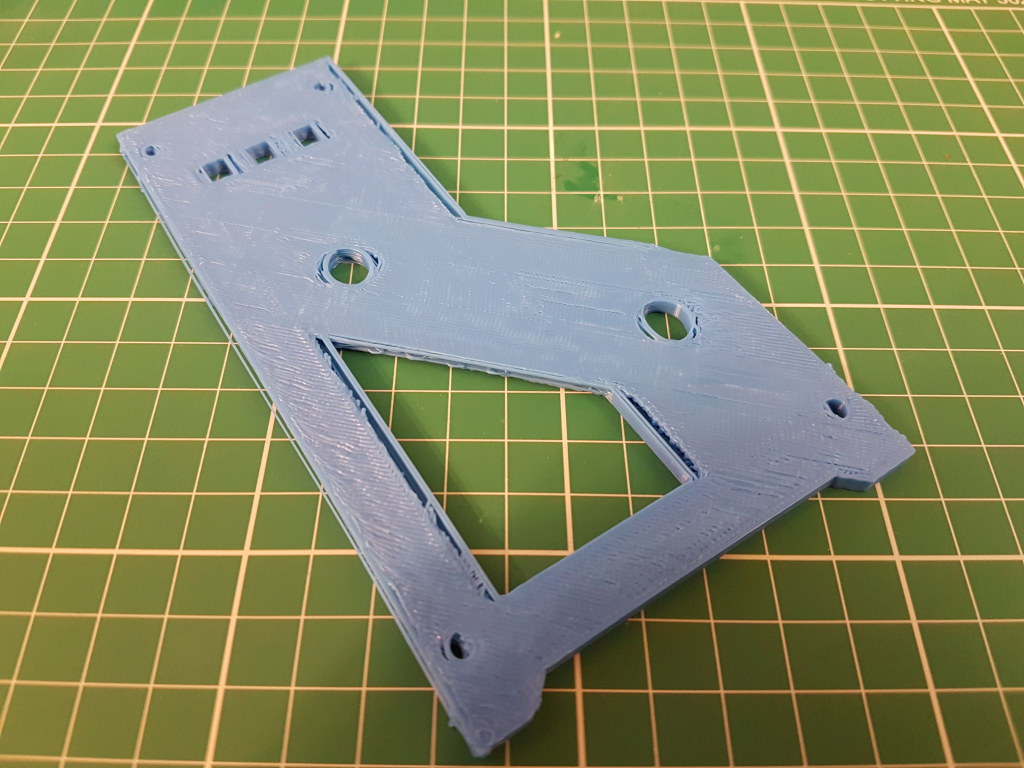 (the above part was printed successfully about a week before, using the same filament and the same slicer settings, however here it printed with gaps between infill and outline, and circles printed as ellipses) 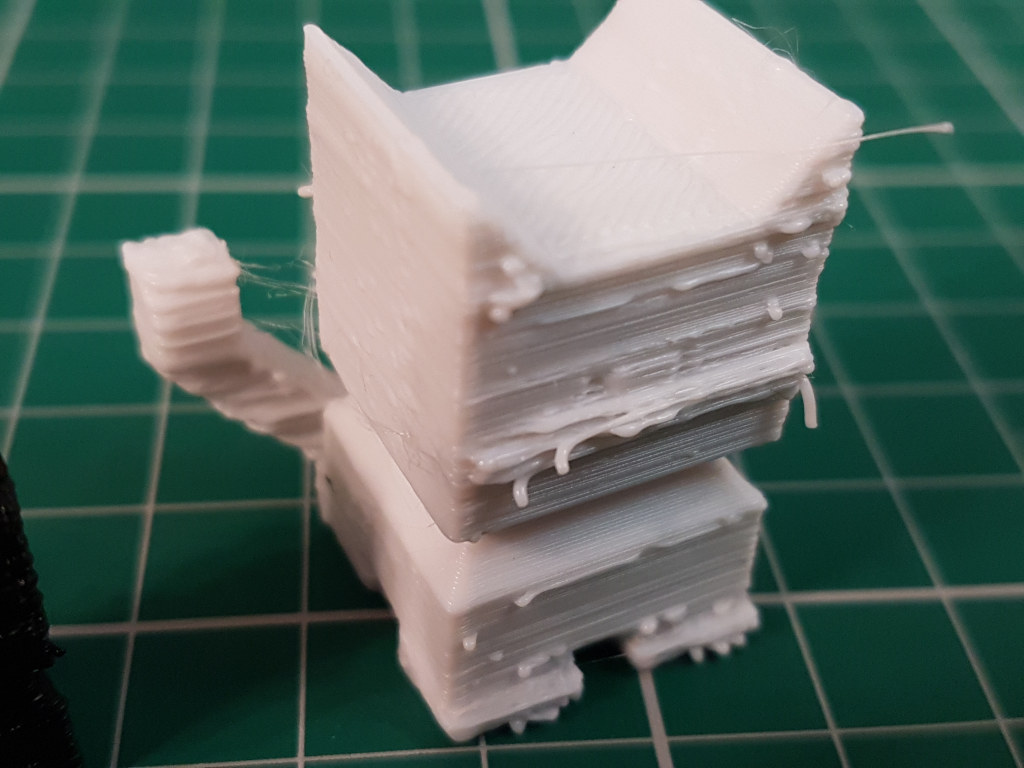 (the calibration cat at https://www.thingiverse.com/thing:1545913 -- I have never printed this before, but it does clearly show the kind of problems I'm having) 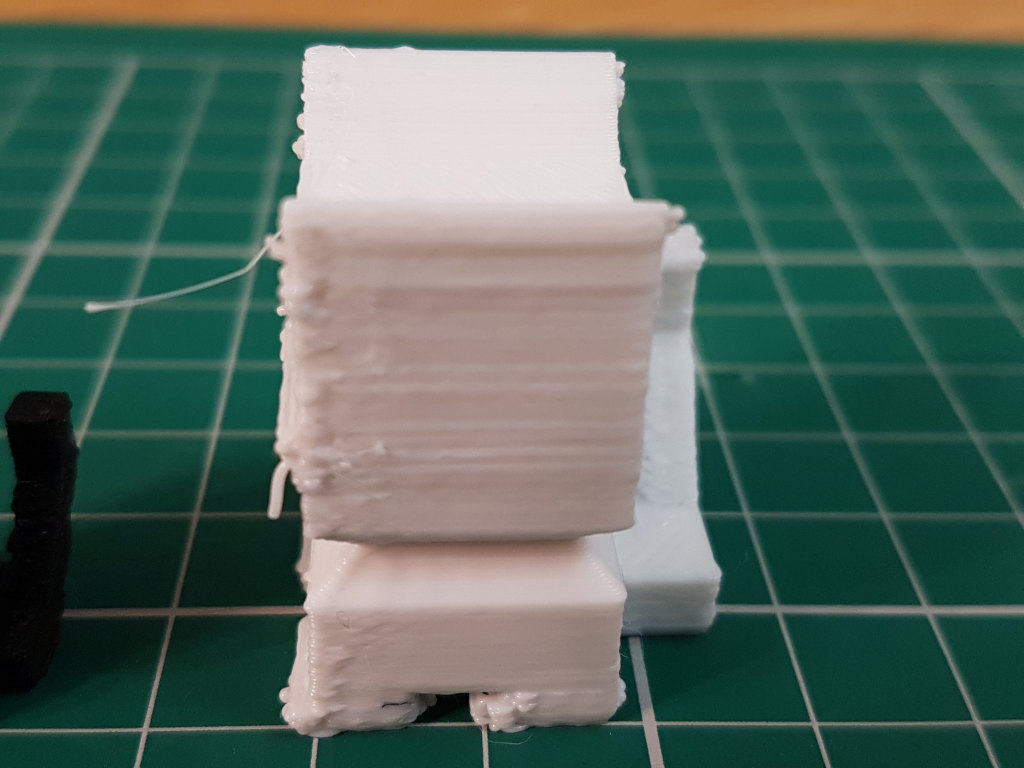 I've performed regular maintenance tasks and recalibrated the printer, but this hasn't made a difference. I've reinstalled Prusa Slicer with default settings, which didn't help either. I did think that maybe it was an issue with tension on the y-axis belt, which does look a bit loose, however, according to the printer's diagnostics, the tension in both belts is fine.

Any help/suggestions/ideas would be much appreciated!

EDIT: I decided to ignore the diagnostic report from the printer, and re-tension the Y-axis belt, and that has substantially improved things, although it is far from fixed. 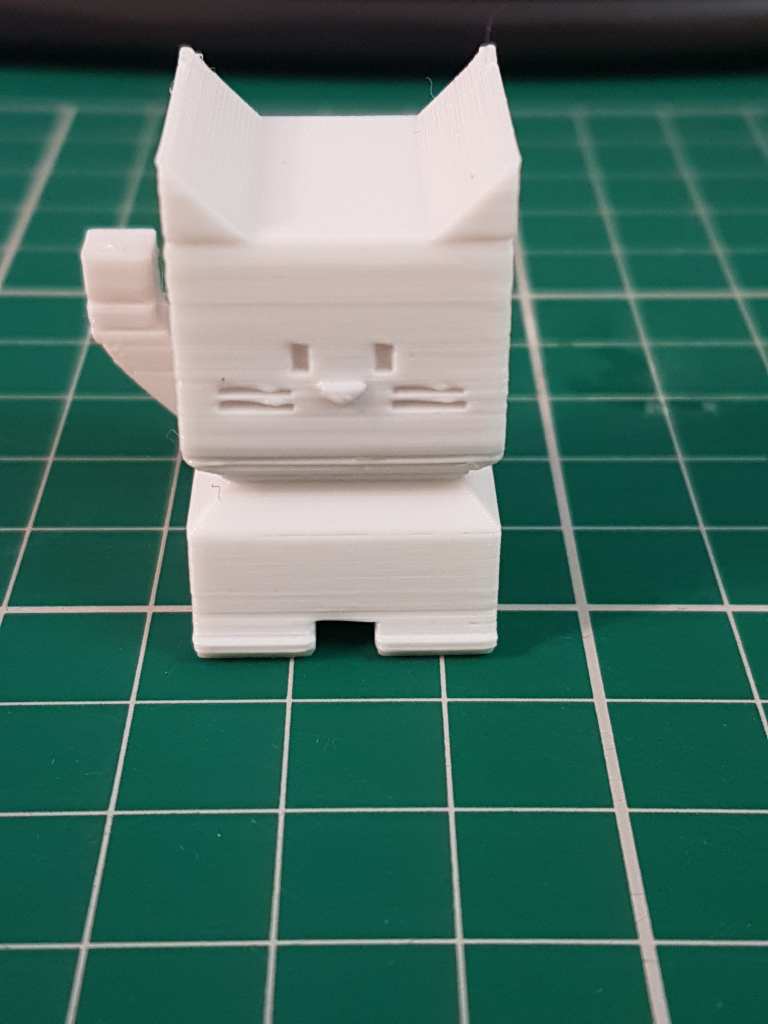 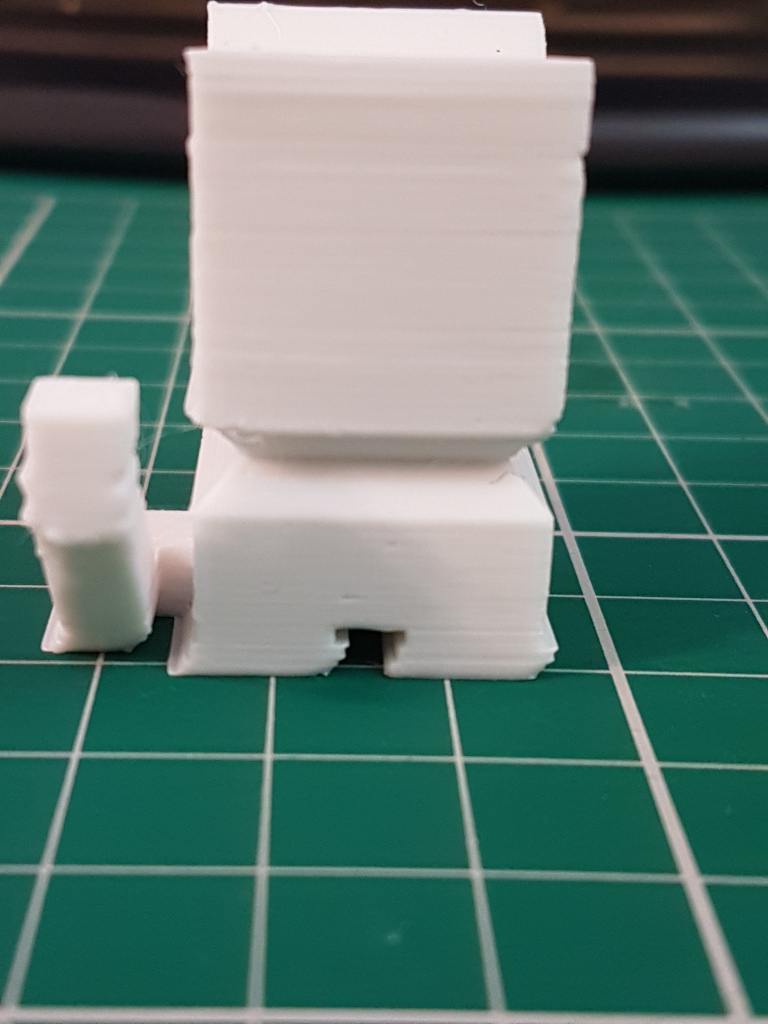 So that's resolved some of the issues. The remaining layer shift appears to be only happening parallel to the Y-axis (i.e. the layers seem to line up perfectly along the X). Have I managed to fix one problem and introduce another??

Figured it out. One of the grub screws that hold the motor shaft onto the belt drive pulley for the Y-axis had come loose, and the other had fallen out altogether. I've tightened the remaining one (and ordered replacements), and my prints are perfect again. Well, as good as I can expect, given that I'm using cheap filament.

Two points that might be useful to bear in mind; firstly, the printer was consistently reporting that the belt tension was fine, but clearly it was not. I'm not sure if this is an issue with these printers in general or mine in particular. Secondly, the printer was able to figure out that the pulley was slipping, but did not do so as part of its standard test/setup wizard. It's under Calibration > Self Test.

Not the answer you're looking for? Browse other questions tagged print-quality prusa-i3 troubleshooting .

3
Print quality problem with M3D FDM printer
2
How to re-program NEW Prusa MK3 MMU2 to accept taller Z axis
3
Strange problem with quality, what might be the reason for these bubbles?
4
Reasons for a PLA print not sticking to bed all the sudden?
5
Great prints then suddenly terrible quality
1
AnyCubic Chiron shifting in Y axis
1
Causes of over-extrusion?
2
3D Printed Sphere, How to Remove Roughness
0
Layer Shift with a new CoreXY printer
1
Effects of static on 3D printers & print quality