Why are fast printed lines thinner?

I have run the K-factor Calibration Pattern generator to tune LIN_ADVANCE and found that when K=0, the whole middle part of the line is thinner. I was expecting that LIN_ADVANCE would only make a difference short after where the speed was increased or decreased, as described by the first picture on this page. 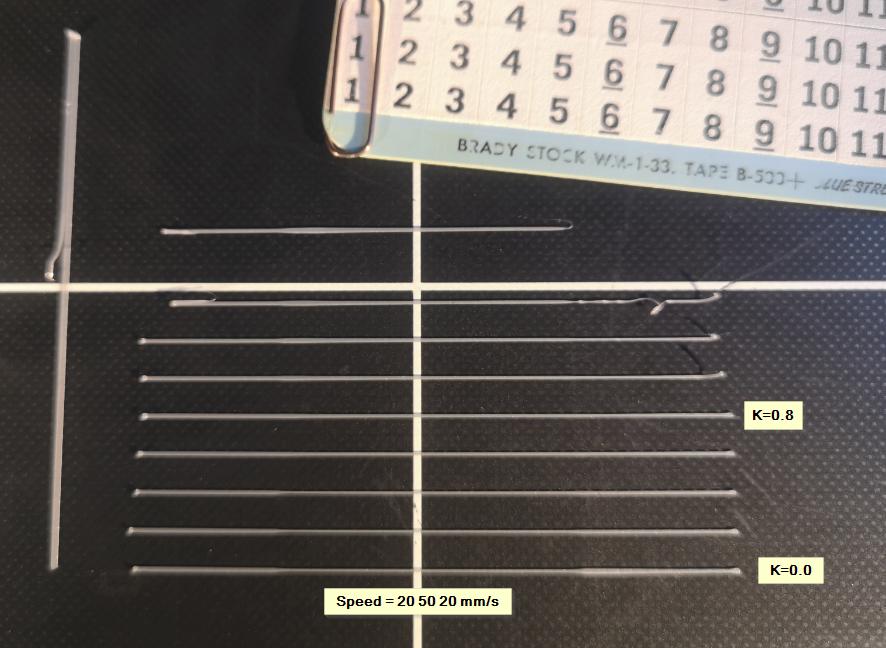 So from this picture, it looks as the best setting is around K=0.8 and that is also what was set as default in Configuration.h for Chiron. But when I tried the Printing Direction-setting set to 45 degrees the result was different. Then the best setting was around K=0.4.

The picture below shows a second test, where I set K=0 and just changed the fast speed. The faster the thinner lines were printed. I have tested printing long lines and seen that thickness will not compensate, even after a long time. 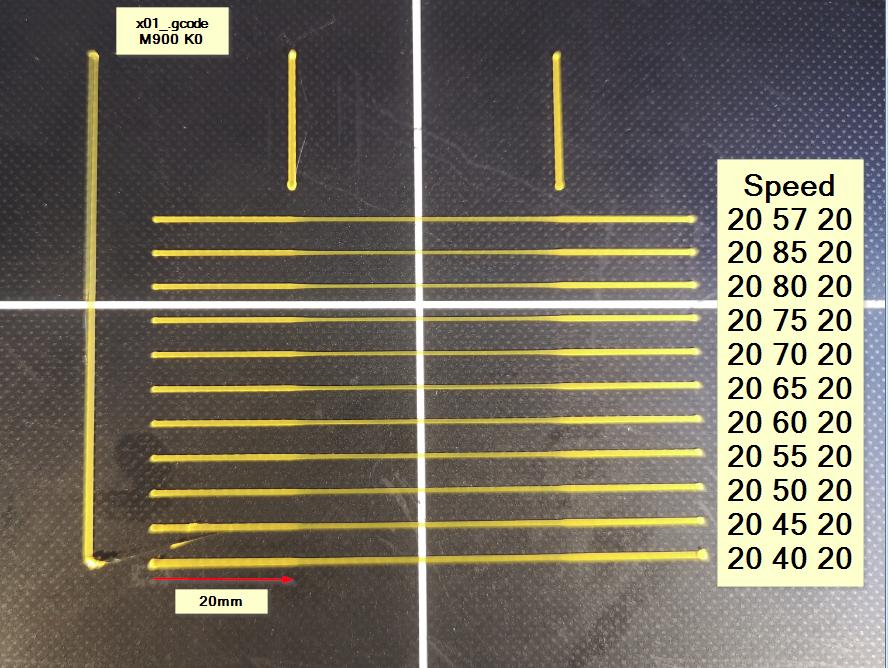 So why is my printer printing thinner lines when going fast and not using LIN_ADVANCE? Isn't the number of E-steps per mm printed line constant and not depending on the speed?

Here is a zip-file with the files used and pictures. (let me know if not possible to download)

ADDED 2021-02-22: To learn more about LIN_ADVANCE I made a second test today. To rule out most of the uncertainties that can affect the result, I let the bed stay heated between all four tests. Every test started at 210ºC, then 200, 190 and last 185ºC. The printer waited more than one minute between each temperature change. Bed temperature set to 60ºC. The lines are numbered in the order they are printed. Each test started by printing four lines at 20 mm/s to get "normal" nozzle pressure. Each line is 20+40+20=80mm long. Today I had acceleration set to 1200 and jerk to 8, which are higher than before (500,5). I changed because I use these values in Cura. Unfortunately, the bed is not 100% flat. 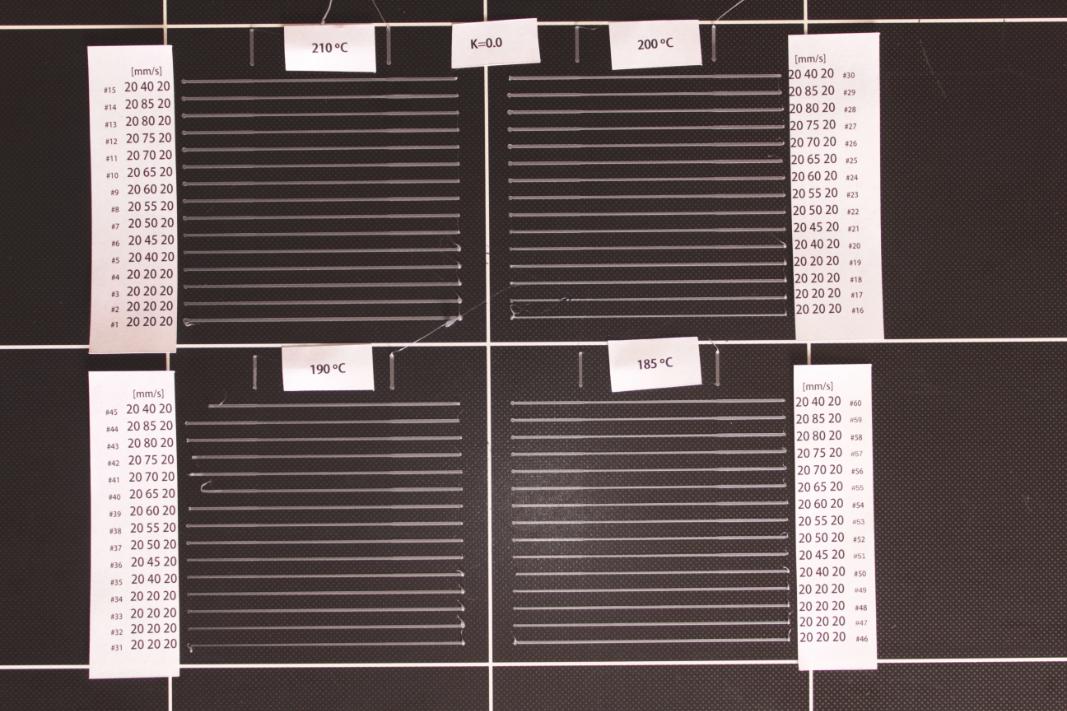 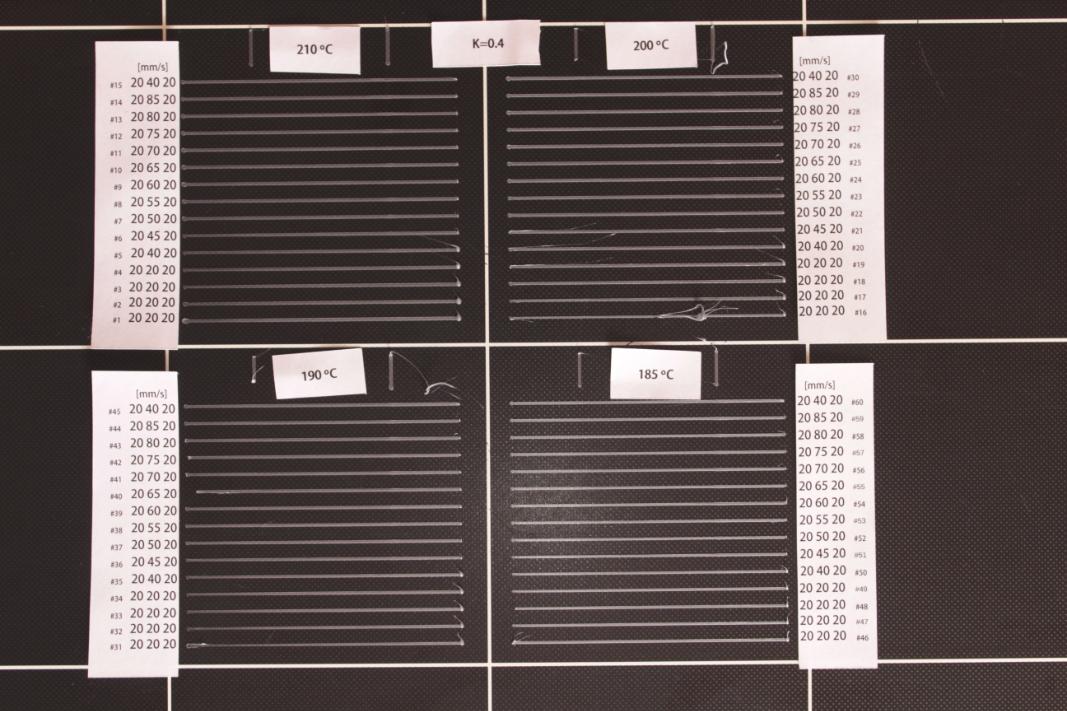 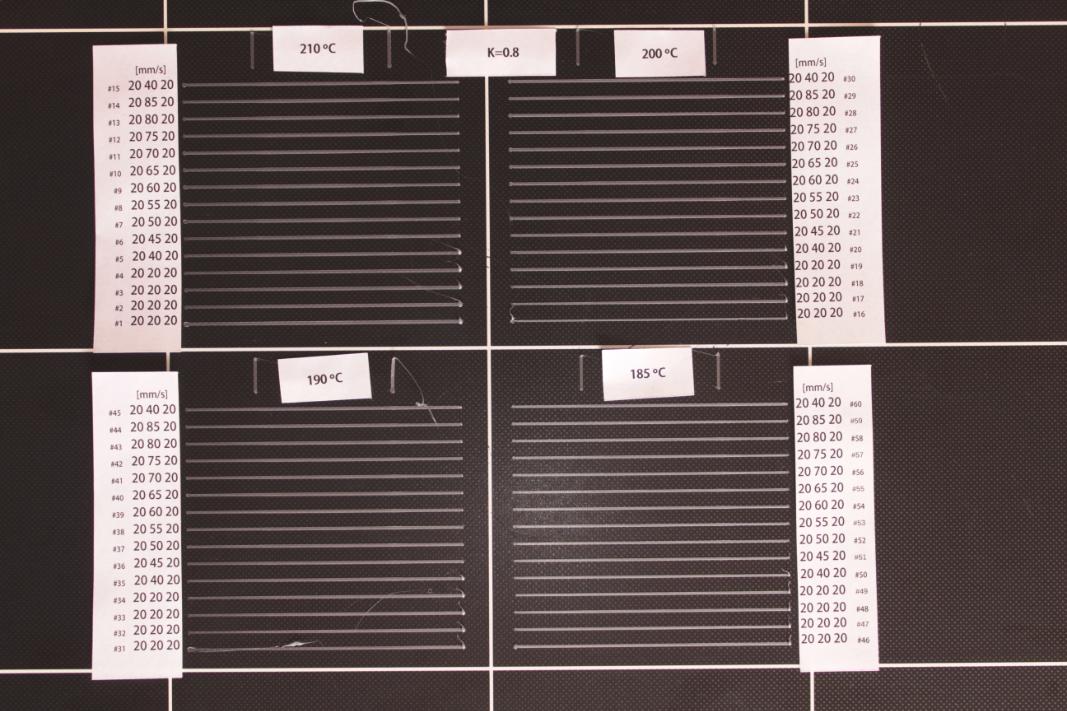 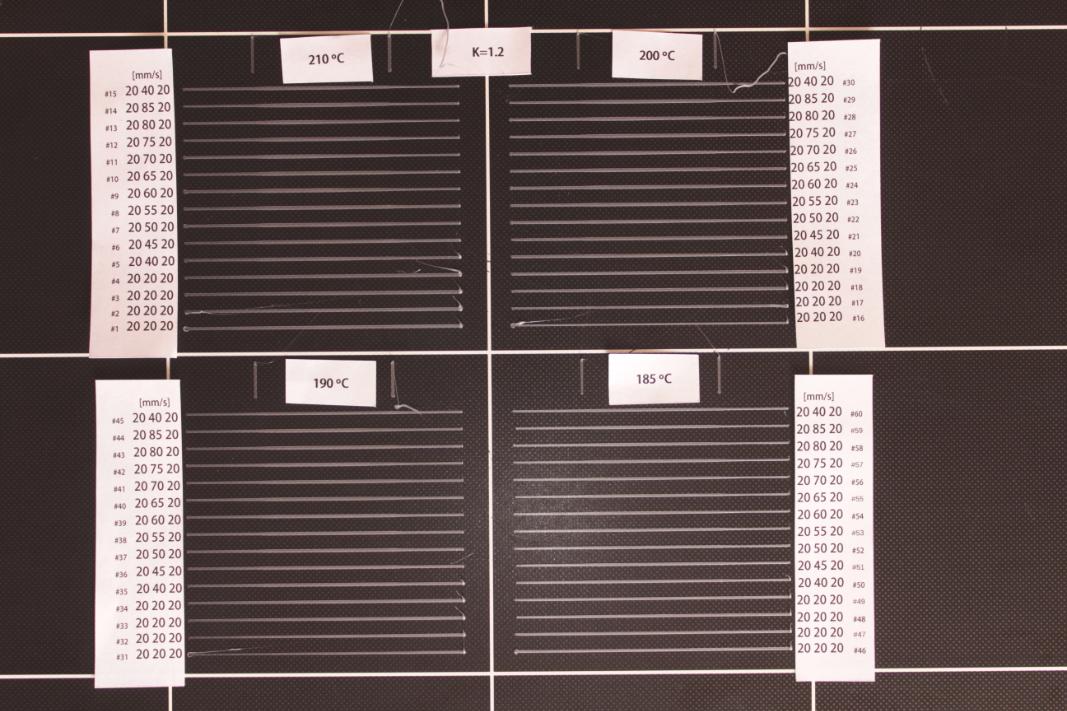 What I learned from these today's test:

The pictures above are uploaded at a lower resolution. Original pictures and the G-code can be downloaded from here.

In your case, since linear advance makes the issue disappear, the reason of the thinner lines is the same as explained in the link you provided: 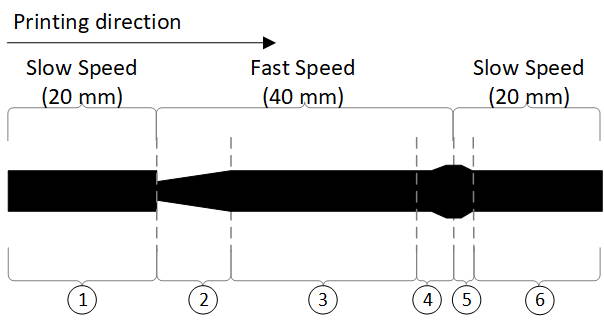 The section (2) simply is very long because you probably have a Bowden setup which takes more than the length of the middle section to recover. However it does recover, see the first line (k=0) in the first image.

Not the answer you're looking for? Browse other questions tagged marlin print-quality anycubic-chiron or ask your own question.

11
Lines of PLA not sticking to the bed
4
E3D V6 underextruding always?
5
Print Lines Aren't Joining Together
4
Slicer settings for easy support material removal
3
Under extrusion when starting outer wall
1
Filament spreading apart and stringy on first layer
3
Why could my opaque PETG be printing "transparent" in certain places?
5
How to get less Z-seam?
2
Inconsistent layer widths and uneven outer walls