I have a used Creality CR-10S and I have been using it for one day. I seem to be having problems with my Y-axis. Several times when I selected "Auto home", the bed only moved part of the distance it should have for the head to get to the bottom left corner. It is only the bed movement that has the problem; the head successfully goes to the extreme left each time. 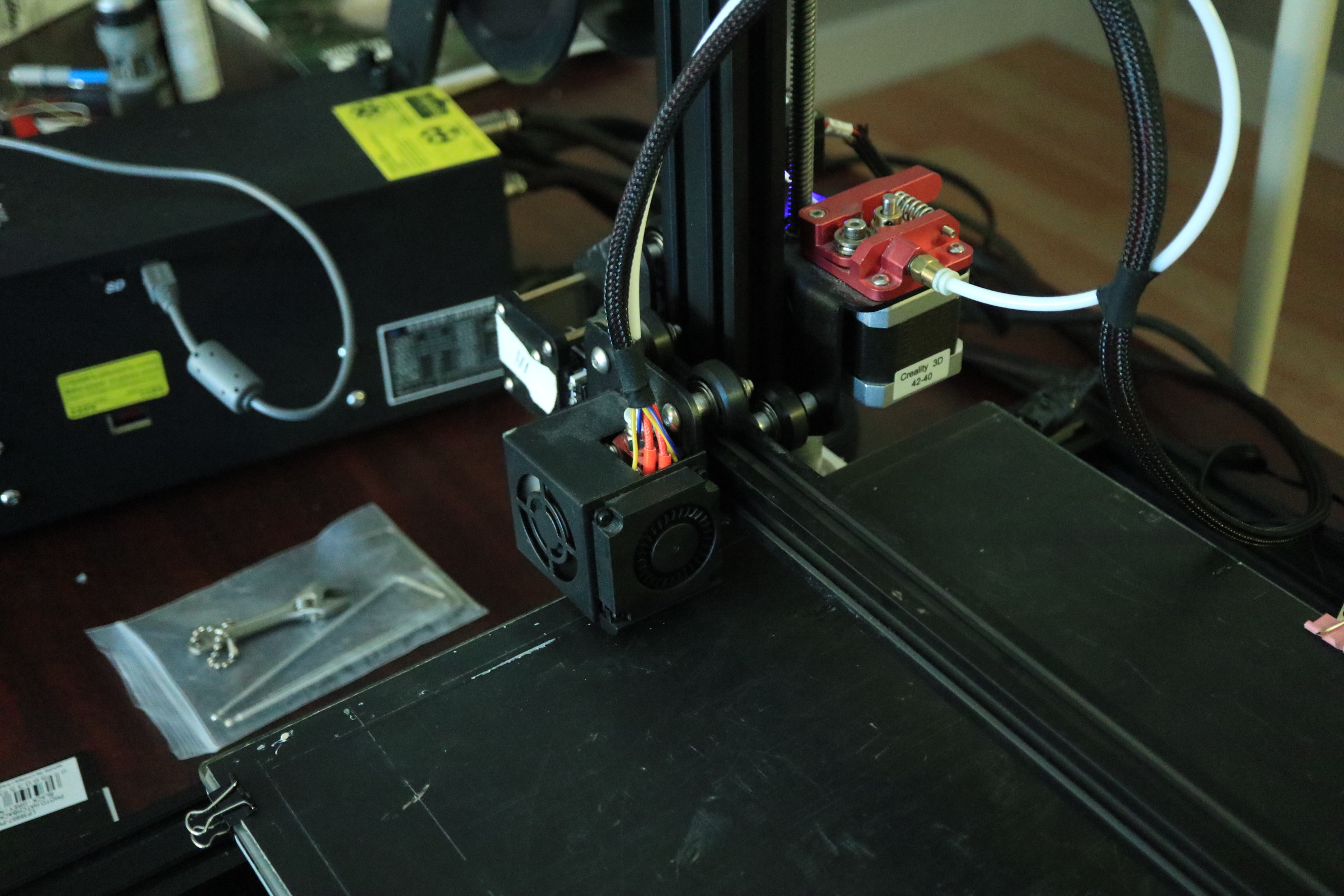 It does not always happen and when it does, it seems to usually go half as far as it should, but once the bed did not move back at all. I am having a similar problem on "Bed Auto Leveling". Once when it was supposed to go to the back left corner, the nozzle went past the bed by about 5mm. I tried to reposition it with "Move axis" but it thinks it is at 0.00 and it won't let me go negative. One way I can fix it is to "Disable steppers" and then move the bed by hand.

I have done two prints and in both cases there was no Y-axis drift during the print. After first print, "Auto home" only went half way but I was not paying attention to other details. After the second print the machine was off and I moved the bed by hand in response to @octopus8. Then I turned it on and selected "Auto home". The head descended and moved all the way to the left but the Y-axis did not move at all.

When I move the bed by hand through its entire range, either with the machine off or after choosing "Disable steppers", it is pretty smooth. It has some resistance to movement, about the same as the X-axis resistance. I can feel very small "steps" if I move it very slowly. These are both consistent throughout its entire range. There are no individual spots where it behaves differently.

I have made sure that the bed's belt is tight. I check the wheels.under the bed. I cleaned them with a rag. When I turned them by hand, several were slipping against the rail (not causing the bed to move when I turned the wheel.) I tightened their bolts and that tightened some of them against the rail but a couple others still slip against the rail. Is this important? After these adjustments and turning printer on, "Auto home" worked and the steps on "Bed Auto Leveling" also did the correct things. I will report on more post-adjust experience as I get it.

Ever since I tightened the Y-axis belt and wheels I have not had the problem happen again having done 10+ prints. I tried the gcode that @octopus8 suggested at various speeds and the print head always ended up back where it started.

I will keep printing and if I experience the problem again I will investigate more then.

octopus8 recommended doing a series of tests to determine the cause of the problem.

I started with moving the bed by hand (remember to have machine off or choose "Disable steppers" from "Prepare" menu) and the movement was relatively smooth with some resistance, the same as when moving the X-axis. If you move very slowly you can feel slight, small "steps", this is normal. The movement was consistent across the range of movement.

Since this did not indicate a problem, I moved on to checking the drive belt and the bearing wheels. The belt had a small amount of slack which I tightened. Several of the wheels under the bed slipped against the rail they run along. I tightened these. This improved the movement of a couple of them but a couple still slipped a bit.

After this I did not have the problem anymore. For 10+ prints over a week or so, there was no incorrect Y-axis movement and "Auto home" always worked. Nevertheless I continued with the next test suggestion which was to send some simple gcode to the printer via USB. I used both Ultimaker Cura 4.8.0's Monitor mode as well as [sending the commands from the linux terminal][1]. I sent the commands

This is evidence that the tightening of the belt and wheels likely fixed the problem. [1]: How to directly send G-code to printer from a Linux terminal?

8
How to directly send G-code to printer from a Linux terminal?
12
What is a printer console/terminal?