For a school project, my teacher gave me a brand new Longer 3D printer to create parts with. After one good job, the printer cannot get past the raft creation without air printing. The thickness of the printed filament tapers down until no filament is coming out. I do not believe there is a jam in the hot end because if I remove the filament and cut off about 4 inches, the printer extrudes as normal.

When the problem occurs, the extruder continues as normal but prints out very little filament. The extruder drive gear also ticks backward as if it cannot supply enough force to move the filament forward.

I have tried decreasing the speed, increasing the temperature, turning off retractions, but none of those options seemed to have any effect on the problem.

If videos or pictures could be helpful let me know what to include. 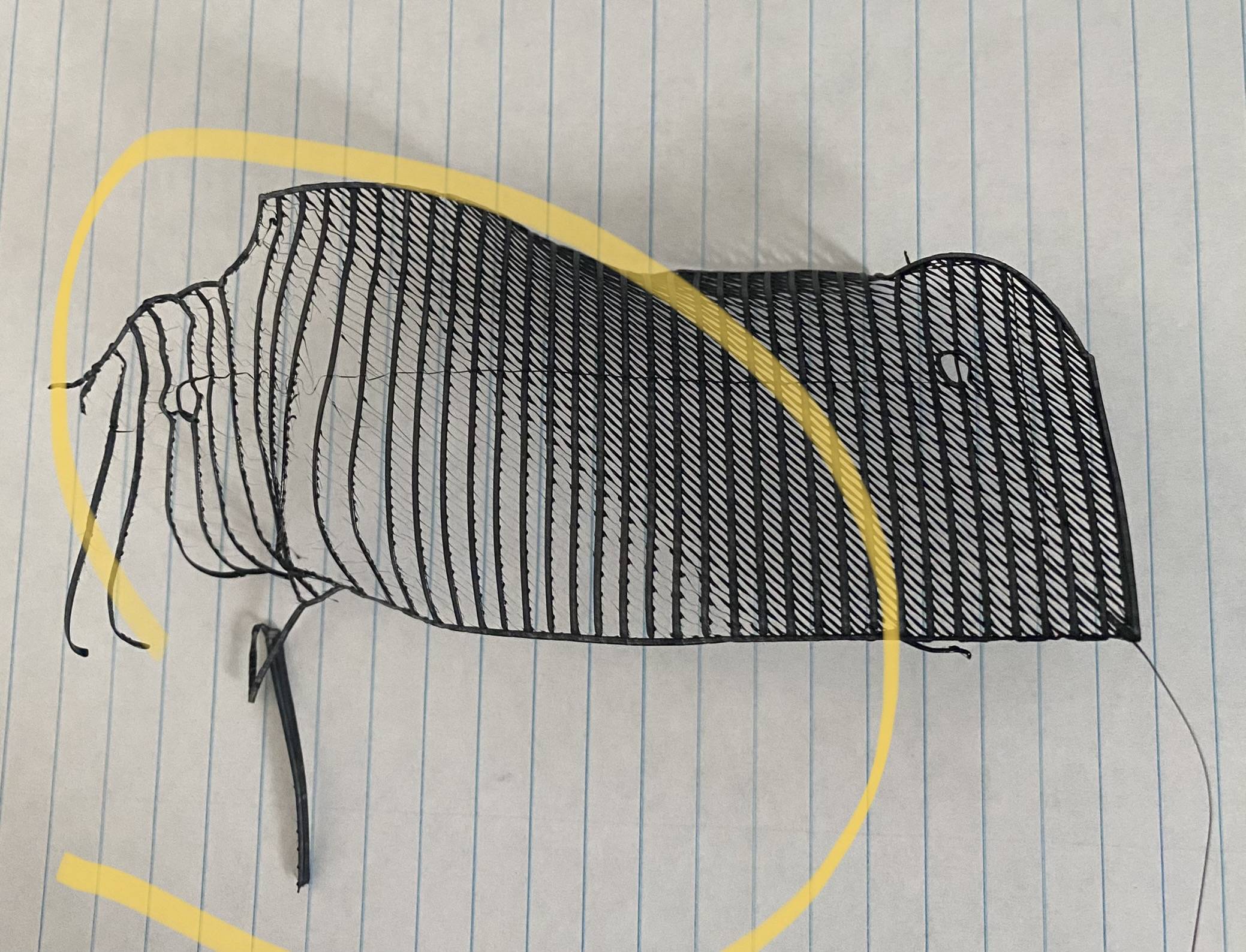 Figure one highlighting how the filament thins over the course of the raft creation until no more filament is extruded. 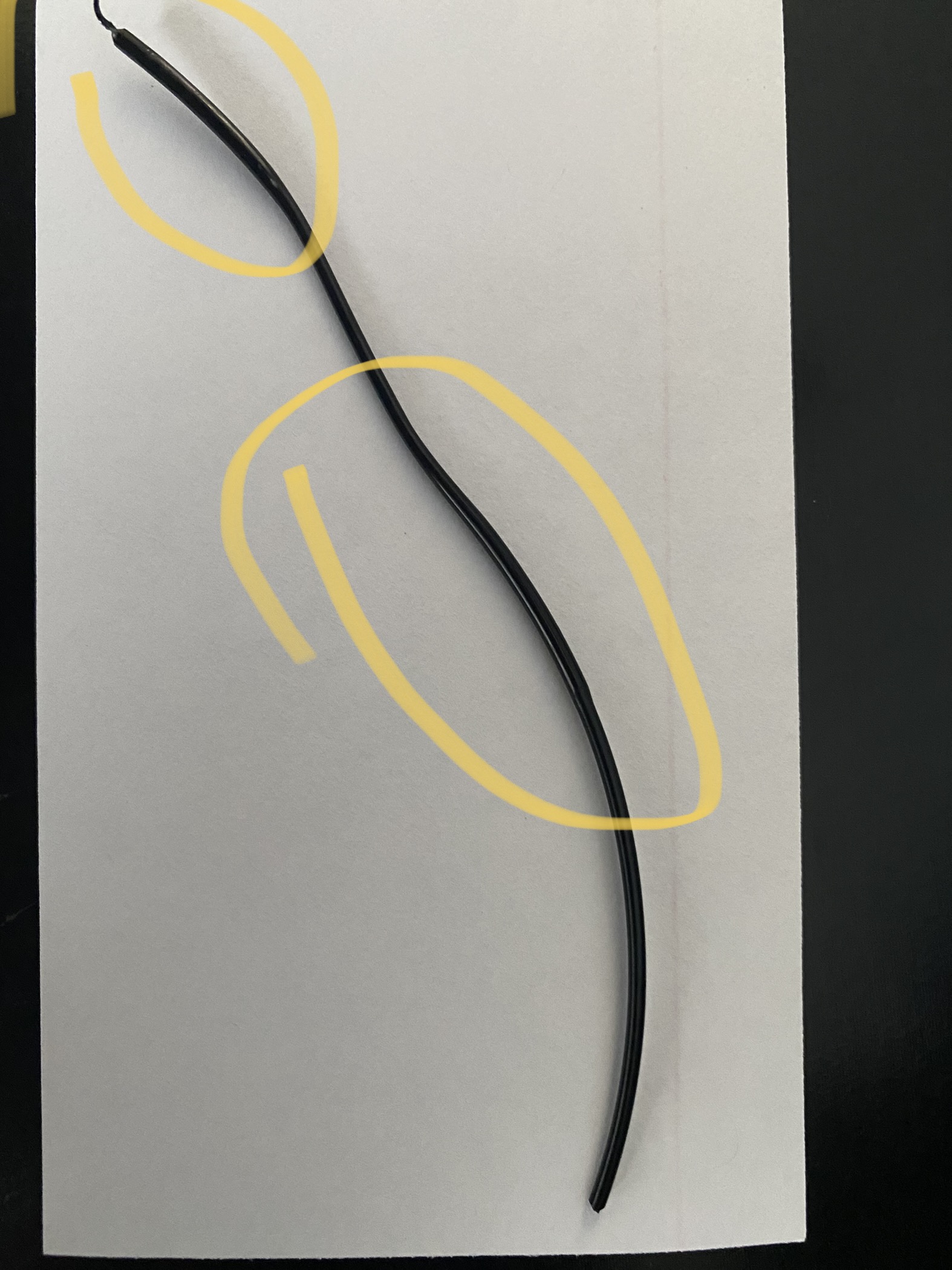 Figure two showing how random parts of the filament is thicker than others. The thickness is noticeable and once I cut this section off, filament flows freely through the Bowden tube without friction. With this section, the filament is difficult to remove and requires more force.

During the print, I have noticed that the heat sink is hot to the touch during the raft creation but cools off once the fan starts spinning.

The fan does not spin at all during the creation of the raft. But spins at full speed once the actual print has begun. Longer does not have a setting inside their software to change this.

The prints themselves turn out great if they get past the raft stage. (only for small prints) This additionally leads me to believe that heat creep is the problem and that the fan not being on is the cause.

Let me know if you have any ideas.

Your symptom sounds like heat creep might be stopping the extrusion. See if this discussion helps you troubleshoot: Understanding all the ways to avoid heat creep

Your picture of filament shows what people with Bowden extruders describe as typical of heat creep. The Bowden tube isolates the filament drive motor from the temperature of the extruder. On well put together Bowden tube extruder, there is no place for softened filament to bunch up. So, heat creep occurs when the melted filament goes up the region of the heat break in the heat sink. Thus, to determine heat creep one needs to ask, "Is the expanded part of the filament extending into the heatsink.

Not the answer you're looking for? Browse other questions tagged extruder underextrusion drive-gear .

3
Clogging due to heat creep: buy new cooler or new hotend?
4
Ender 3 V2 Extruder getting hot
4
What are ways to avoid heat creep?

11
Why does my PLA filament form a spiral shape and clog my extruder?
5
Apparently systematic nozzle clogging
5
Print failing at random, resulting in a "hairy" mess
1
CR10 V2 under extruding and heating up too quickly
4
Ender 3 V2 Extruder getting hot
4
Can't print anything! Is this heat creep? (Detailed explanation & Photo)
2
Prusa MK3S not extruding during printing but extruder working