I have had my Ender 3 v2 for just over two months and have had a blast working with it. I have printed some mods to personalize it.

One of the things that I have done to help mitigate the vibrational noise is to place my Ender 3 on a concrete paver that sits on top of 3 inches of upholstery foam. This has made a huge difference.

With the vibration noise down, now I can hear the fan on the extruder like never before.

Both fans are listed as "brushless" EFS-04D24L; of course, they look different in the pictures below: 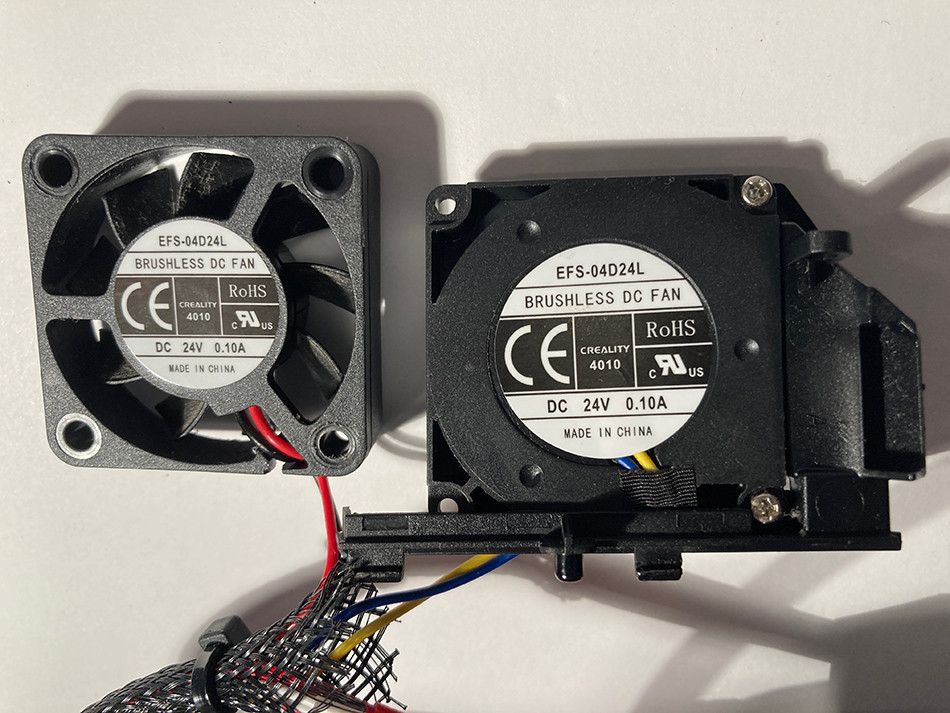 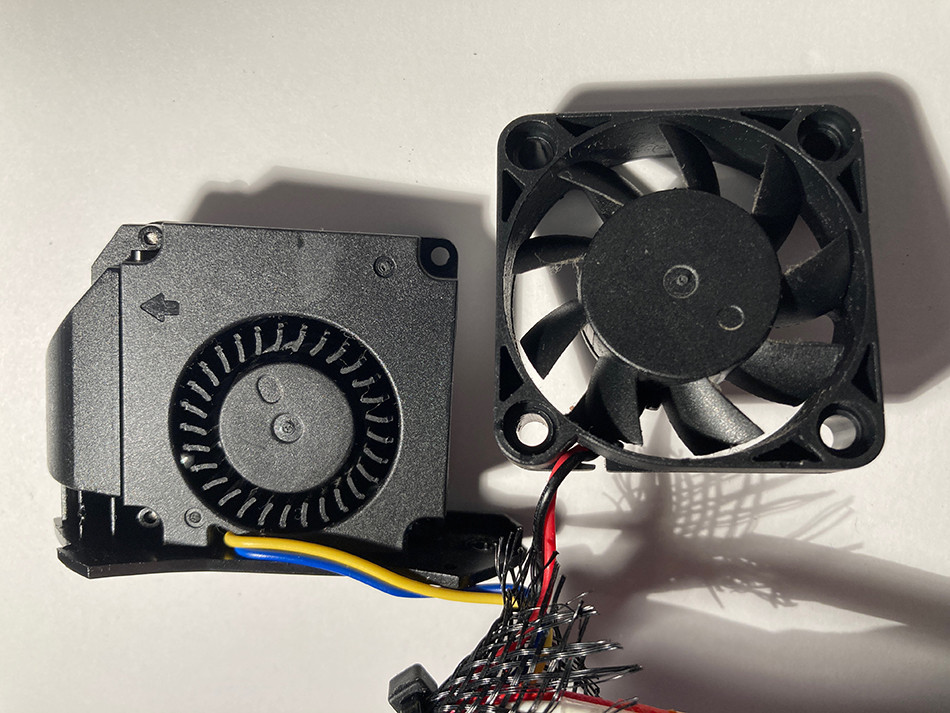 What options are there to help reduce the fan noise? I wasn't sure if a baffle or enclosure would help. Or would it be easier to replace the fans with quieter ones?

There are companies making fans with blade design based on owl wings to make the blades quieter. Here's an example https://www.moduflow.co.uk/owlet-fans/ and I've seen other designs. I don't know which design ended up being the quietest. First, you would need to find out who makes these fans the right size and flow rate for you, then try to find out which is quietest.

Here is another example: https://www.bequiet.com/en/casefans/718

Fans driven by brushless (BLDC or BL) motors1 are the quieter option (when compared to cheaper brushed motors). 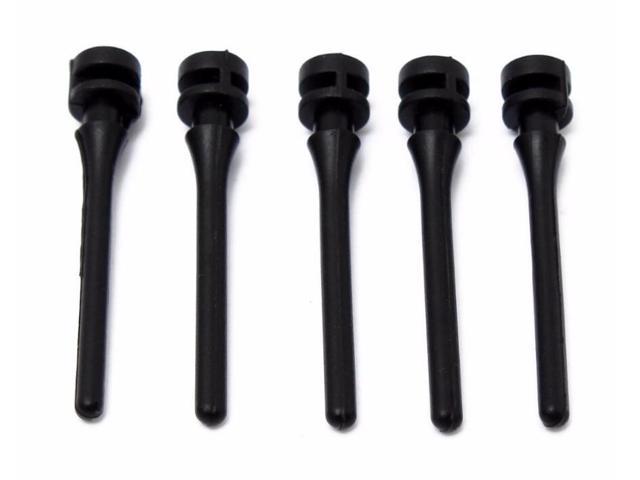 Or, failing that, if using bolts, at least use rubber washers/grommets, between the fan case and the frame/mount (maybe on both sides - frame side and bolt head side).

A baffle or enclosure would reduce the noise, but would also reduce airflow, which may not be desirable, and even detrimental to the cooling, and longevity of the electronics (assuming your fans are cooling a RAMPS board, or whatever).

Alternatively (and I don't necessarily recommend these courses of action):

Not the answer you're looking for? Browse other questions tagged creality-ender-3 or ask your own question.