This is my first 3D printer so I'm not entirely sure what could be the cause of this issue.

I recently got a SUNLU S8 3D printer and have been trying to print the first test file, however, the layers end up stringy (for lack of a better word -- if anyone knows whether this is called something else, I'd appreciate the knowledge because Google searching for stringy layers does not yield similar results).

Anyway, I tried to increase the nozzle temperature from 205 °C to 215 °C and that seems to help slightly (filament is PLA and came with the printer). I also noticed that the extruder's feeder gear is grinding on the filament so I suspect that may be part of the problem.

Before I purchase an extruder kit, I figured I'd reach out and ask this community what they think could be the problem.

Does anyone know what might be causing this issue? 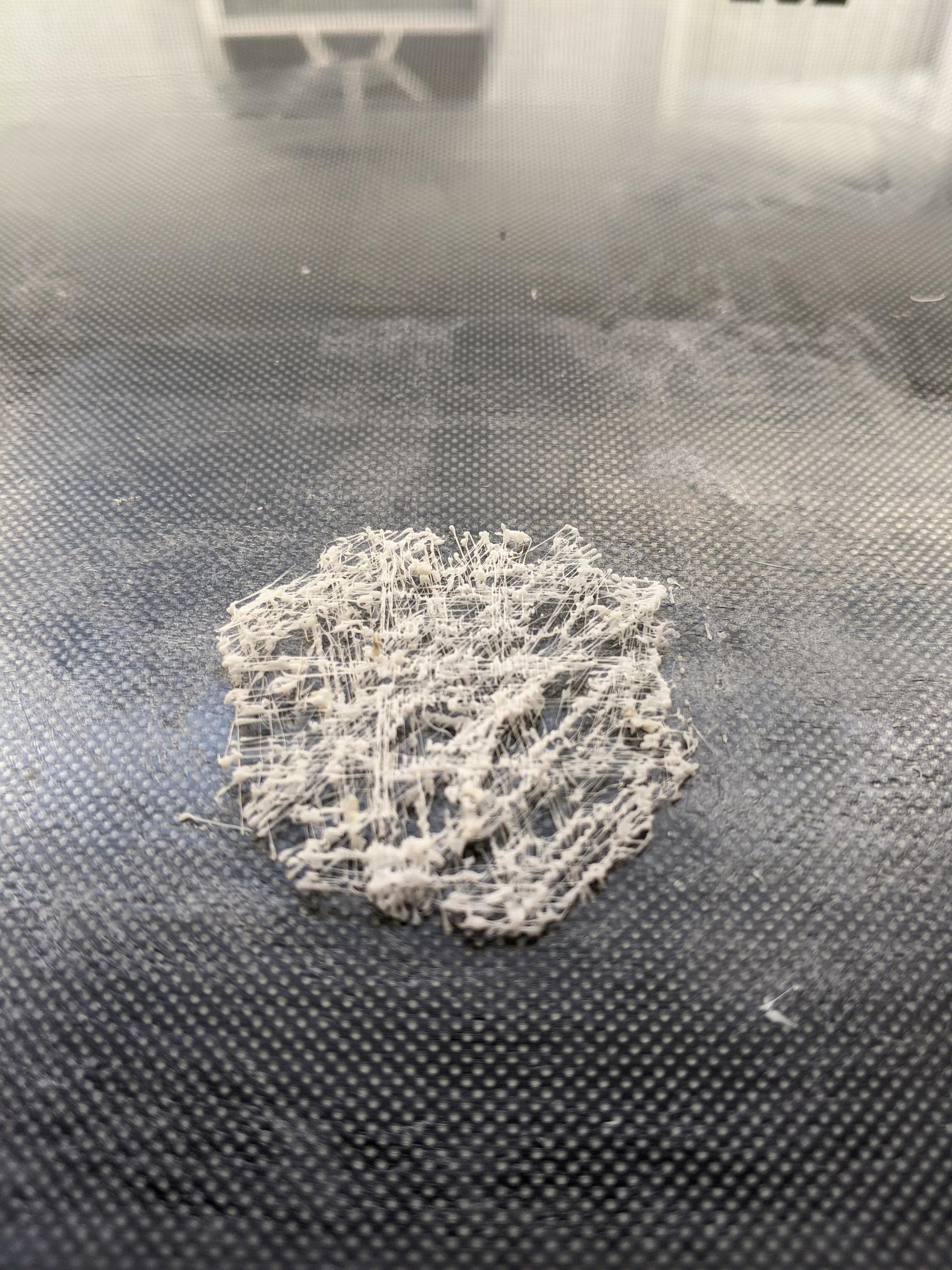 I cleaned the tubing and nozzle, and then releveled the bed. The filament was still stringy and whispy, however, I decided to let it print for a while. Although the picture is a top-down view, the walls of the print are also holey. 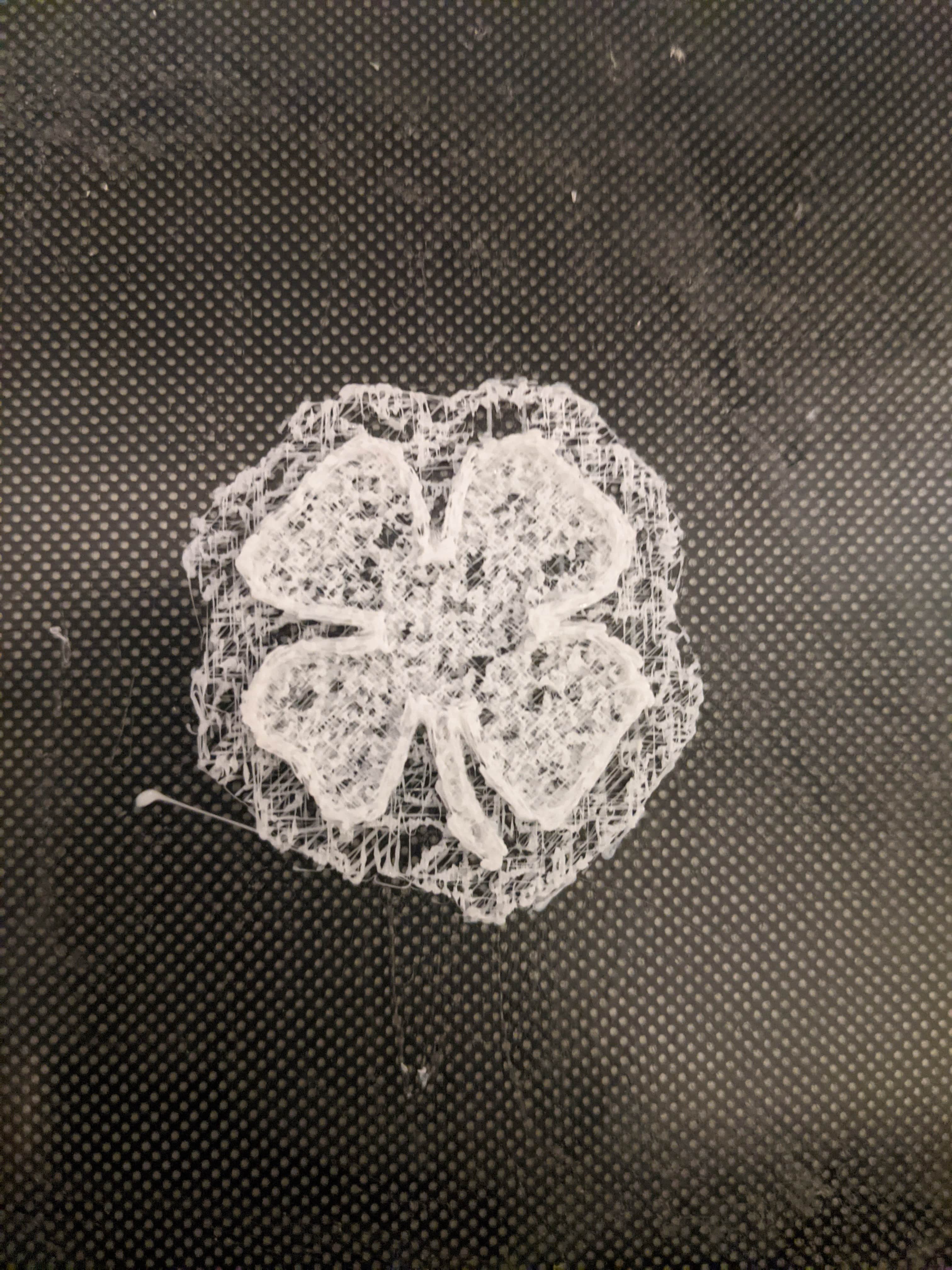 The first photo shows under extrusion. This could indicate either a bad filament, a massive clog or the wrong filament diameter in the slicer.

I have experienced, that small demo-reels of filament that come with printers come damaged from the shipping: I have experienced some of them having been exposed to moisture in their zip-lock bags and one time I had no clue what kind of filament that was supposed to be, but it was not PLA, as it didn't properly melt at 200 °C. That might not be the case with your printer, but it leads me to caution towards those 20 g demo reels, so I always test with a known good reel of filament with a known melting point. If it was the wrong material (e.g. ABS), under extrusion due to a too low temperature would be normal. Damaged or bad filament can create several problems: non-uniform thickness can result in random stops in the extruder or underextrusion, waterlogged ("wet") filament can print stringy, hissing, or even with underextrusion, brittle filament might break and result in aborted lines.

A clog in the nozzle could lead to under extrusion but should also show clicking in the extruder (the motor moving the filament). Checking the whole filament path (nozzle, heat break, liner & Bowden tube) for clogs should be done. However, that would be a massive clog to get your depicted prints. It might be a factor impacting it though.

Sometimes, setting up a printer in a slicer is not perfect: You need to make sure the filament diameter fits! 1.75 mm might be the de facto standard, but most slicers are set up with 2.75 mm as filament diameter in the presets for a self-configured printer! That means you only extrude about a third of the filament you actually want! That would be super consistent with your picture but doesn't need to be the only factor.

0scar and Trish both had correct solutions to my problem.

0scar suggested that I clean the nozzle, which I thought I had because the needle that came with the printer was able to slide through the hot end and out the nozzle without any issue. Turns out the hot end was clogged though. This particular hot end has a bowden tube that's separate from the actual bowden tube connected to the extruder gear, and that separate tube was clogged. 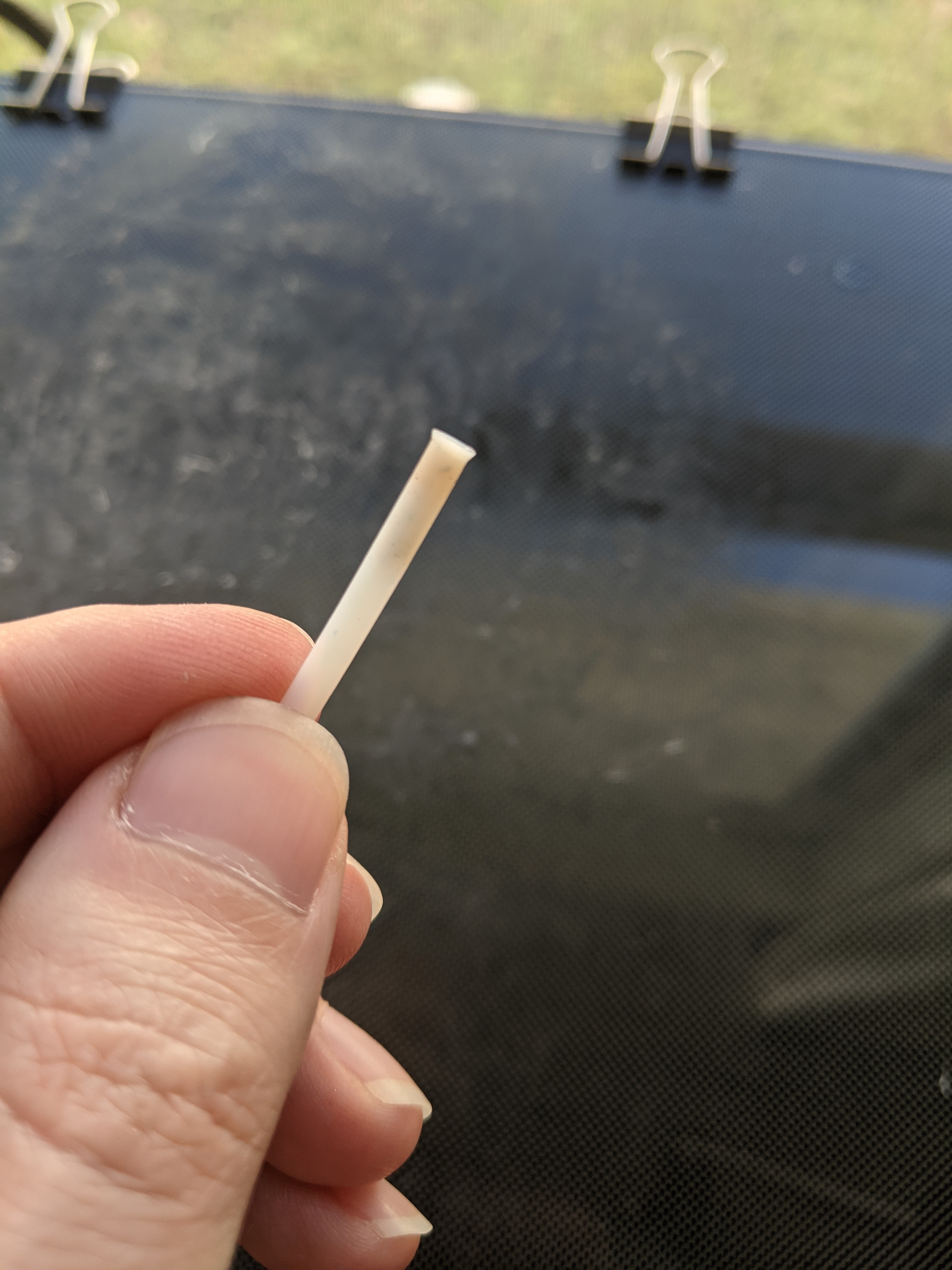 Trish was correct about the slicing profile being incorrect and that the problem was under extrusion. The filament provided by Sunlu with the printer seems to be fine. I let the printer run for 25 minutes and only had a slight issue with the filament on the spool not being tight enough when printing the raft. I'm currently running another print and haven't had any issues -- only 15 minutes in.

Anyway, here's the 25 minutes print I was referring to (in the bottom left there's a glob of PLA because that's where the nozzle was when I stopped the print): 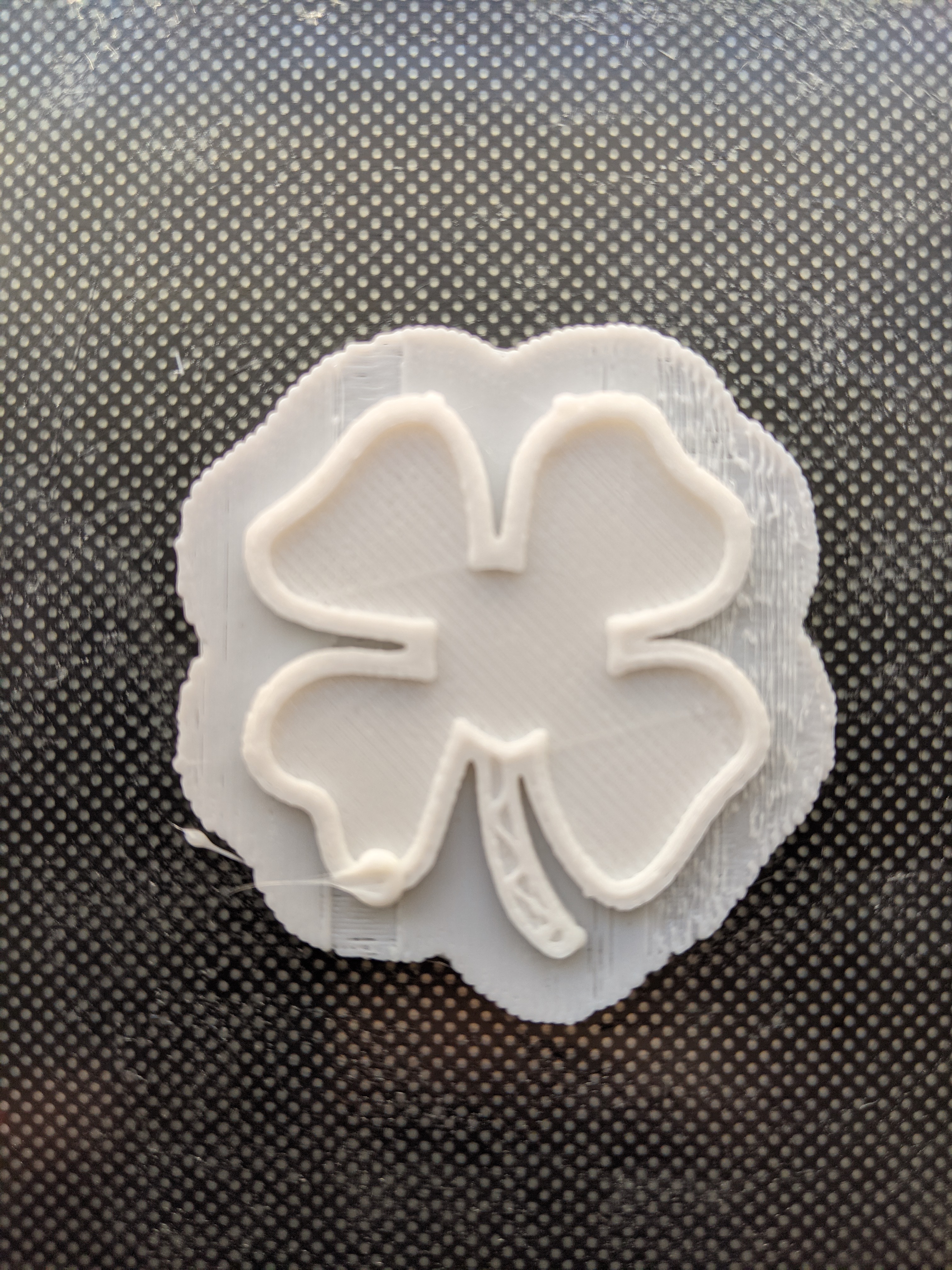 Not the answer you're looking for? Browse other questions tagged extruder troubleshooting underextrusion stringing or ask your own question.