Suddenly my prints start having small strings and I'm not sure what to do to eliminate them.

I have already tried to clean the filament tube, cleaned up the nozzle, and played with various retraction settings. Nothing seems to work and I still see these small strings. 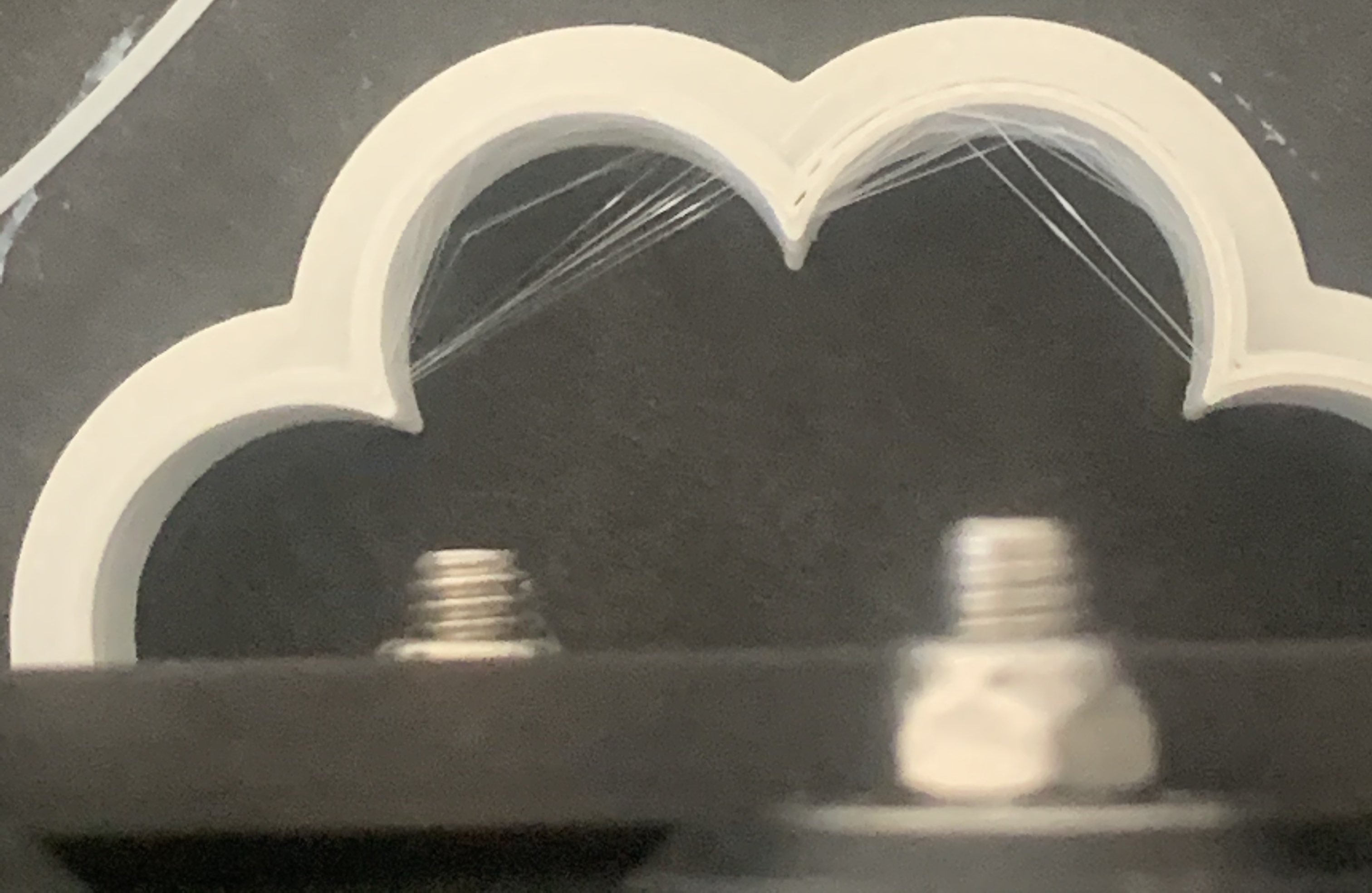 Any idea how I can eliminate it?

These artifacts can be either moisture, as explored by this answer or problems with temperature/speed control or the Z-Axis:

If the temperature is not hot enough, the filament might not get melted enough to squish down to the next layer nicely at the speed the head moves at, resulting in the cooling filament getting dragged behind the printhead and forming a line in the air. Due to such errors I generally tend to print PLA more in the upper temperatures than where it barely liquifies.

This also can happen if the printhead is not on the right Z-height and the gap is larger than expected. Usually, this happens only at the lowest layer when you are unlevel (bad bed adhesion is the result), but if you bump the printer or it hooks on something, during Z-travel, it can result in such a mechanical problem. Other reasons that show the same pattern are uneven Z-Axis movement. For example, a loose gantry or a defective Z-rod can lead to it, as could bad firmware or a worn-out motor that lost a coil or two.

What you're seeing does not look like stringing, which I would characterize as material that exited the nozzle after extrusion was supposed to have stopped, usually due to missing or insufficient retraction, but like the extrusions along the concave contours failed to bond to the previous layer and got drawn across to a point on the other side of the contour where some degree of adhesion resumed. This happens when the lateral acceleration force of going around the curve overcomes the bonding of the new material to the existing material it's being laid down against, and in my experience it's always the result of moisture-contaminated filament. This matches your description of the problem has something that "suddenly" started happening.

To fix it, dry your filament. If your bed is big enough, the easiest way to do this is to lay the whole spool on the heated bed covered by a cardboard filament box with one side cut out to make a heat chamber, and running the bed heater at around 60-70°C (for PLA) for several hours, flipping the spool a few times during it. You can also use an oven but I would not trust the temperature control not to shoot up high enough to ruin the filament. If you want a less hackish solution, all sorts of specialized filament drying systems are available but I don't have experience with any to recommend. I just use my bed for PLA and oven for materials that can withstand higher temperatures.

I would say that it IS stringing. If you have a Bowden setup, AND you have a different filament, your retraction may need to be tuned! If this is not a Vase Mode (no separate layers, but a continuous stream, these could be because the start/stop point of the layer change is not "fixed"...Check that setting in the slicer! While it looks like missed layer adhesion, it is probably a movement from one stop point of a layer to the start point of the next layer.

9
How to avoid stringing?