First off, I realize how many "Ender 3 BLTouch not working" questions there are already on here, I've looked through a bunch of them and not seen this particular problem. Let me know if it's been answered somewhere in particular.

So my Ender 3 Pro has had the following upgrades: 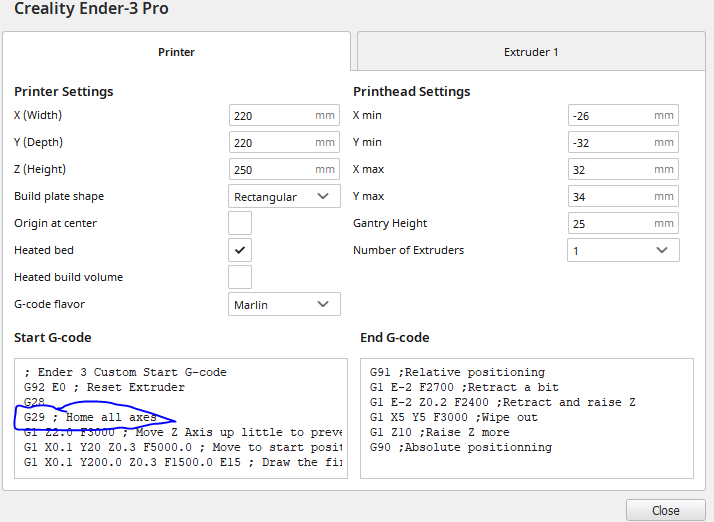 Everything seems to behave with the BLTouch, i.e. if I tell it to level or print, the head and BLTouch go through the motions, poke the bed in the 9 places and proceed, but there are a few things that make me wonder if its actually working, hence bringing me here. Do both seem like maybe they could be firmware issues?

So I guess to summarize, my question is: it seems like despite having all new physical pieces on this printer, it's not doing what it's supposed to do. Am I forgetting something? How do I fix this?

creality-ender-3 firmware bltouch
Share
Improve this question
edited May 2 at 1:00

Browse other questions tagged creality-ender-3 firmware bltouch or ask your own question.