Excessive filament powder/shavings near the extruder

I'm printing a Tower of Pi on my Ender 3, and I woke up to find this near the extruder: 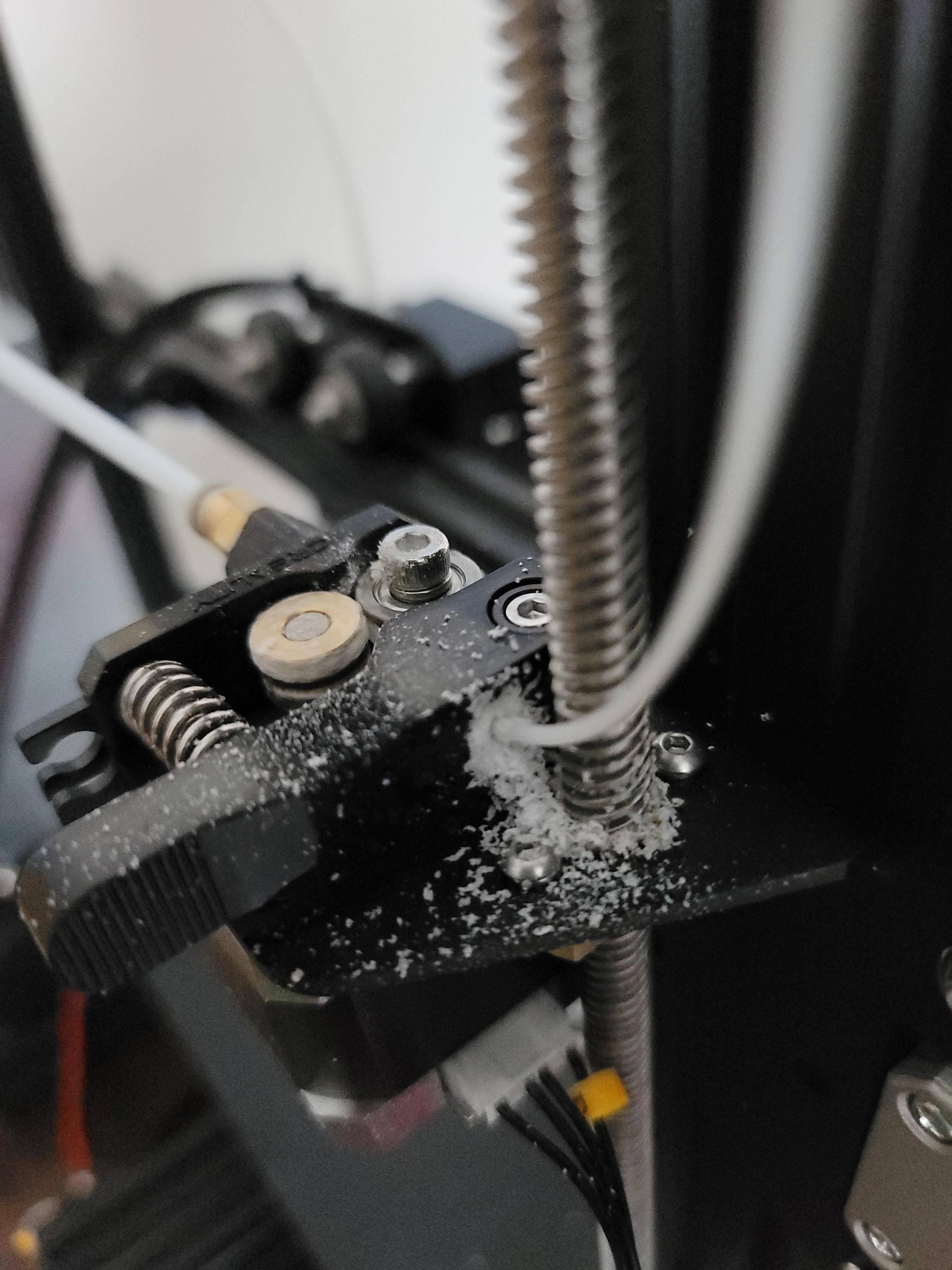 All my attempts to google this led to checking for either a clogged nozzle or the extruder itself stripping the filament, neither of which appears to be the case.

It looks like the upper edge of the filament might be grinding against the intake hole, so I looked into lubrication, but the consensus appears to be "don't".

Has anyone else had this problem? Is there a name for it, and how do I fix it?

creality-ender-3 filament troubleshooting
Share
Improve this question
asked May 5, 2021 at 18:22

The shavings come in part from the extruder design: there is no fillet on the pulling in side, the filament goes up in a sharp angle and is dragged over a rather sharp edge. It also brushes against the leadscrew.

To help with the shavings, you should alter the filament path to try and have a flatter angle than the 90°. A simple rod that pushes out the filament to come in at 80° might already reduce the number of shavings.

More might be reduced by opening the entry hole of the filament to have a 1-2 mm phase around it, altering the angle of the edge that the filament runs against to a much lower one and reducing the ability to shave off flakes. I did swap my extruder for an aluminium one, and it has this phase, and since then I have had little to no shavings at that spot anymore.

Not the answer you're looking for? Browse other questions tagged creality-ender-3 filament troubleshooting .

5
While filament loading extruded filament wiggles
7
How long can you leave filament in the extruder
1
Filament gets coiled inside the extruder
7
Ender 3 severe under-extrusion
3
Filament Length too short for extruder to push filament
3
Layershifting near windows
3
Can't 'tune' out my problem, please help!
0
Filament not being extruded
1
Filament end expanding and seizing