Z-Axis on a winch

In Prusa i3 clones the Z axis is often problematic. Mechanically unsynchronized dual Z axises which are driven by the same stepper driver easily misalign. Using only one Z motor makes the whole gantry sag on one side. And Z lead screws that aren't perfectly straight lead to z wobble.

The other day I had a simple idea that would fix all of that, but I can't find anyone who implement it before, so I probably there are drawbacks that I don't see.

The idea is to remove the lead screws (possibly replacing it with a second set of smooth rods to counteract X axis vibrations) and instead hang the gantry onto two ropes/wires which are drawn by a winch. That way, both ends of the gantry could be drawn symmetricaly by a single motor. Since there is no Z lead screw, there is no wobble. And since only the gravity is pulling the gantry down, you shouldn't be able to destroy anything by ramming the nozzle into the bed.

What drawbacks are there for this system? What am I missing? Is the gravity strong enough to press the nozzle into the last layer when printing? I am using a direct drive extruder.

Supplemental follow up question (related to, and answered by, Trish's answer):

From my understanding the hangprinter is only attached to ropes, same as a portal crane. I am considering an i3-style printer with the leadscrews removed, but the smooth Z rods intact (maybe even with a second set of smooth rods in place of the leadscrews. So the only forces that gravity has to work against are: output pressure of the extruder and potential bouncing in z direction. So, how could I calculate if gravity is enough for that?

This concept already exists, it is e.g. found in some high quality 3D printers. Instead of a winch, a belt system (of several belts) is used.

An interesting point from this answer already mentions that a winch isn't a good mechanism to lower/raise the gantry; if the cables are wound over each other the diameter of the wound cables will get larger and thus the movement. This could be circumvented by creating a push pull system and very few windings on the winch.

But, this concept already has been worked out in the VORON 2.4 printer design. This design is based on the work of a group of engineers and is considered to be a high quality printer that is also suitable for professional use. From the following image you can see (on the right side) a belt. This design uses 4 linear rails to support and guide the bed and 4 belts to drive the whole CoreXY gantry up and down. 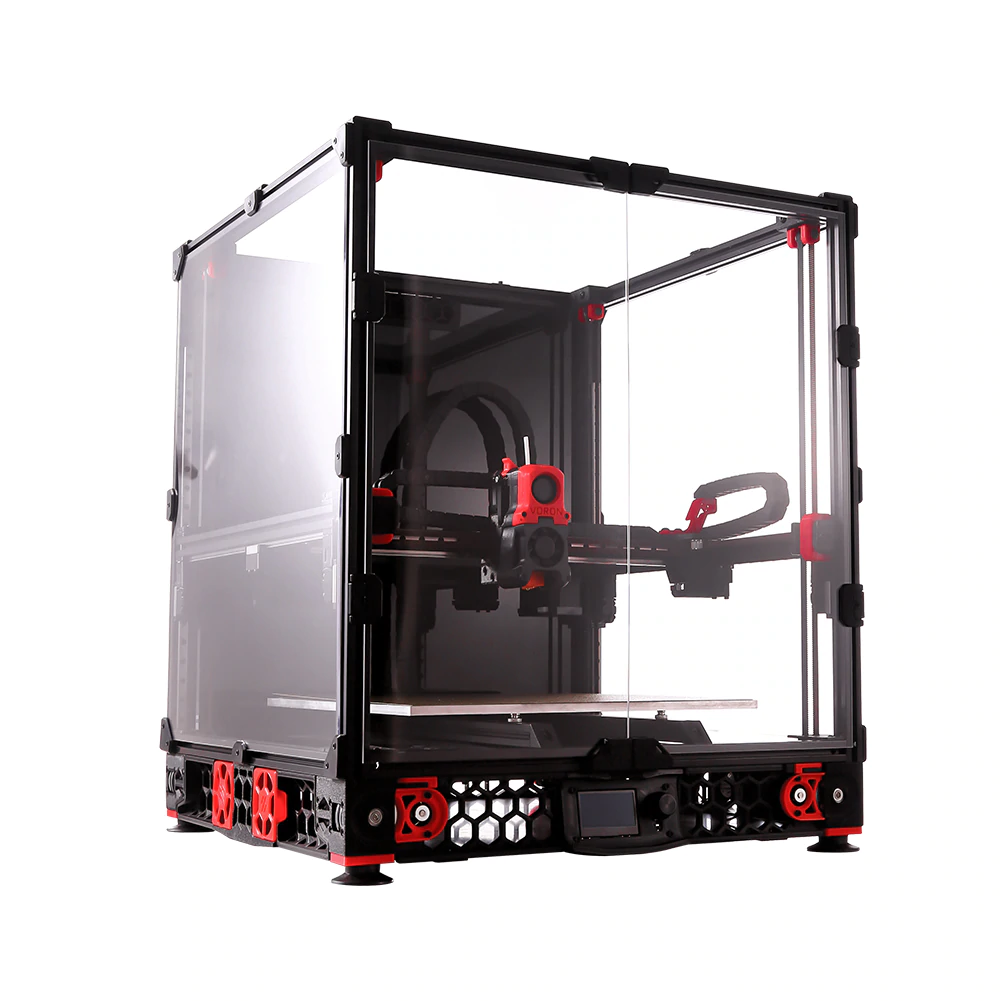 So, a winch will not work, but the type of suspension already exists and is in use.

With respect to the i3 style printers and the free gantry movement the following is from my own experience.

I've build several i3 style printers of which my latest 2 where all having a freely moving gantry upwards as I decoupled the lead screw from the X mounts. The lead screw nuts simply push the gantry up as they are embedded in a separate part; gravity will pull the gantry down. The mass of the guide rods, a stepper motor and the hotend provide enough mass to pull it down. I've had excellent results with these printers, e.g. mentioned in this answer:

poor layer bonding and possibly even collisions between the nozzle and already-printed material, from slight variations in height where extrusion pushes back against gravity

is not encountered. The following images give an impression of the lifting device: 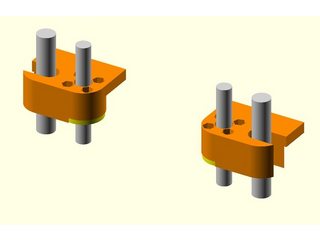 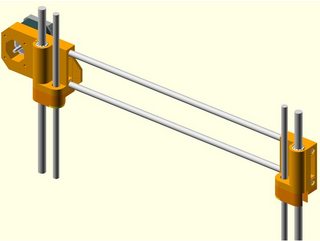 I have thought about this same type of problem before and my solution is to use CoreXZ!

Let me explain. With CoreXY the effector (the thing that the hot end is on) moves on the X and Y axes. However, there is no reason why this solution can't be turned 90 degrees to stand vertically. Once paired with a normal Prusa/RepRap Y axis, you end up with CoreXZ (which is supported in Marlin already I believe). You eliminate 1 motor, and the mechanism is inherently sag proof, assuming it's been built properly. 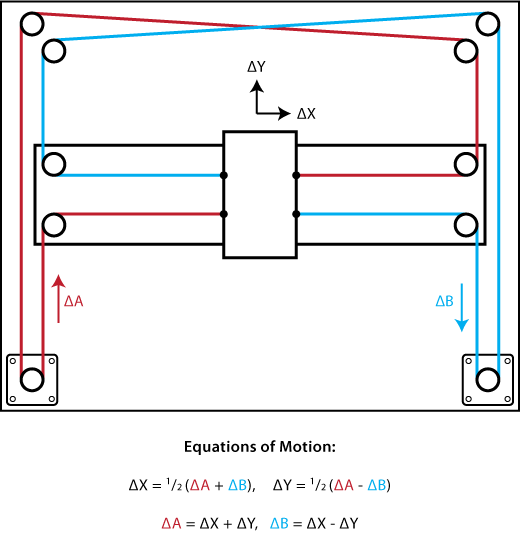 The only downside is the gravity issue. If the gantry is too heavy, when the motors are turned off, the X will fall and slam into the print.

This problem can be mitigated somewhat by: 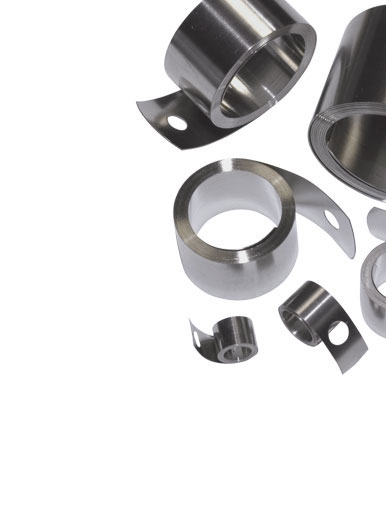 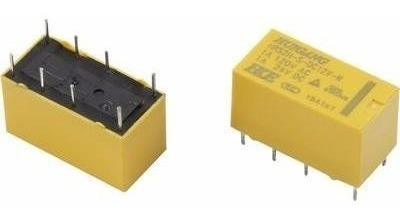 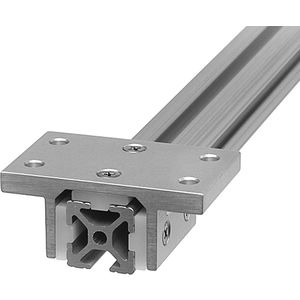 What you are proposing is a portal crane. Have you ever seen a container portal crane in operation?

Containers are strung up at the 4 corners and lifted from long cables. They move on their path because the container is super heavy and they have had years to finetune the acceleration profile. But the container sways and swings from side to side during airtime because the cables hang!

Only in a container lifter, where the container is carried by a gantry that is constrained on 4 corners and very heavy to keep the cables tight and taunt at every moment, you get the needed constrainment, and now we are talking that the claw lifting the container weighs in the order of tons.

Scaled-down to a printer, a napkin estimation of the gantry tells me that it would need to weigh in the order of about half a dozen kilos to ensure that nothing in the printer path could force the nozzle up - and the motors you need now are actually high power servos as you find them in heavy CNC equipment. However, that's for a conventional crane: the printhead hangs straight down, the mounting point of the crane is moving, and the high mass is to try and reduce swaying as we go really really slow.

The same problem was present in the hangprinter - in the idea that is a free-floating gantry with little to no limitations. The main problem it faces is layer accuracy because of the length of the ropes. The suspension stretches as a factor of the length of them, making movement complicated, but solvable. By using polyester that has no real stretching and mounting the wires in a triangular fashion by three cables, the printer becomes self-stabilizing. But the free-floating makes it extremely vulnerable to imparted errors from outside, such as wind or just the building swaying. Also, its print volume is a cone.

Of course, we don't want to have a free-hanging gantry like a hangprinter. But now we need to constrain the gantry. With a quad of rods, that'd be enough, similar to how they are in the haulers on the ground in container harbors. That constrainment also reduces the needed weight to make it resilient to shifting, but the gantry still needs to be somewhat heavy to prevent the shifting weight to alter the balance - the gantry itself should be at least three times as heavy as the printhead to minimize the lifting cables stretching differently when the printhead moves left and right.

However, the setup still suffers from some large downsides:

The smallest problem is the elongation of cables under stress. While this is dependant on the length of cable, so the lifting profile isn't exactly linear, the right material choice can fix this.

A bigger problem is the diameter of the spool changing with the number of windings that the cable is coiled up over, adding more non-linearity, and this is hard to predict in the worst case. If one side gets its cable into the next layer while the other doesn't, this could force a tilting force onto the gantry.

Tilting forces of enough strength could, in the worst case, press the bearings in such a way against the rods that the result in a lock-up situation where the gantry isn't going anywhere. This could be solved with some engineering ingenuity and proper tolerancing.

Another problem is, that while constrained to the down direction, the setup isn't constrained to the up direction, making it possible to push the gantry up to the top, but the weight will get it back to the print level again. However, such a bump might result in the force on the motor losing a few steps, giving us layer shifting in the vertical. This is an outside-induced error though.

To mitigate most, if not all of these problems, you would need to use cables in both directions (one to hoist, one to prevent lift), which basically makes this a continuous belt-attached gantry and mitigates any requirement for a heavy gantry to keep the cables stretched. A well-designed set of loops also would prevent tilt-locking the gantry as the cable can't get mis-wound - possibly even all driven by one motor.

What you are looking for are mechanically linked/synchronized Z-axis'. That actually can be done without needing pulleys. A single motor can turn both leadscrews easily if it was connected to both with a proper motion train. Examples are using a chain and gears, or just a gear train using a horizontal axle and two pairs of angled gears to turn the leadscrews. Take a look into how heavy machinery synchronizes axis'.

If you want to go with a pair of belt-loops, you could have a single motor turn an axle upon which the gears for both belts are mounted, resulting in synchronized movement of both belts and the required constrainment on both belts. An example using 4 belts is the machine mentioned by 0scar. However, keep in mind that you want non-stretchy belts for this and to keep them tuned well.

Unless your gantry is extremely heavy, I don't think this will work. The Z motion system needs to not only lift, but to hold the nozzle rigidly at the desired distance from the bed/previous layer. Otherwise I would expect poor layer bonding and possibly even collisions between the nozzle and already-printed material, from slight variations in height where extrusion pushes back against gravity.

Not the answer you're looking for? Browse other questions tagged prusa-i3 z-axis .

10
What's the advantage of two z motors?
4
Alignment of dual Z-axis steppers
8
Z-axis steppers and bed alignment problems
5
Why are my prints so defective?
4
Z-axis not moving up
2
Z axis not moving on Prusa i3v 8"
1
Z Axis Cannot Move
3
Prusa i3 mk3 step skipping and layer shifting
3
What can cause Z height loss in the first few layers?
2
BLTouch type sensor Z not compensating