The chin piece of my print does not print properly

I am printing this piece using a 0.4 mm nozzle. It happens that the piece on the chin does not print properly.

I have already tried the tree mode supports, touching the plate and in all the places but the same thing happens.

I include photos of my configuration in Cura. 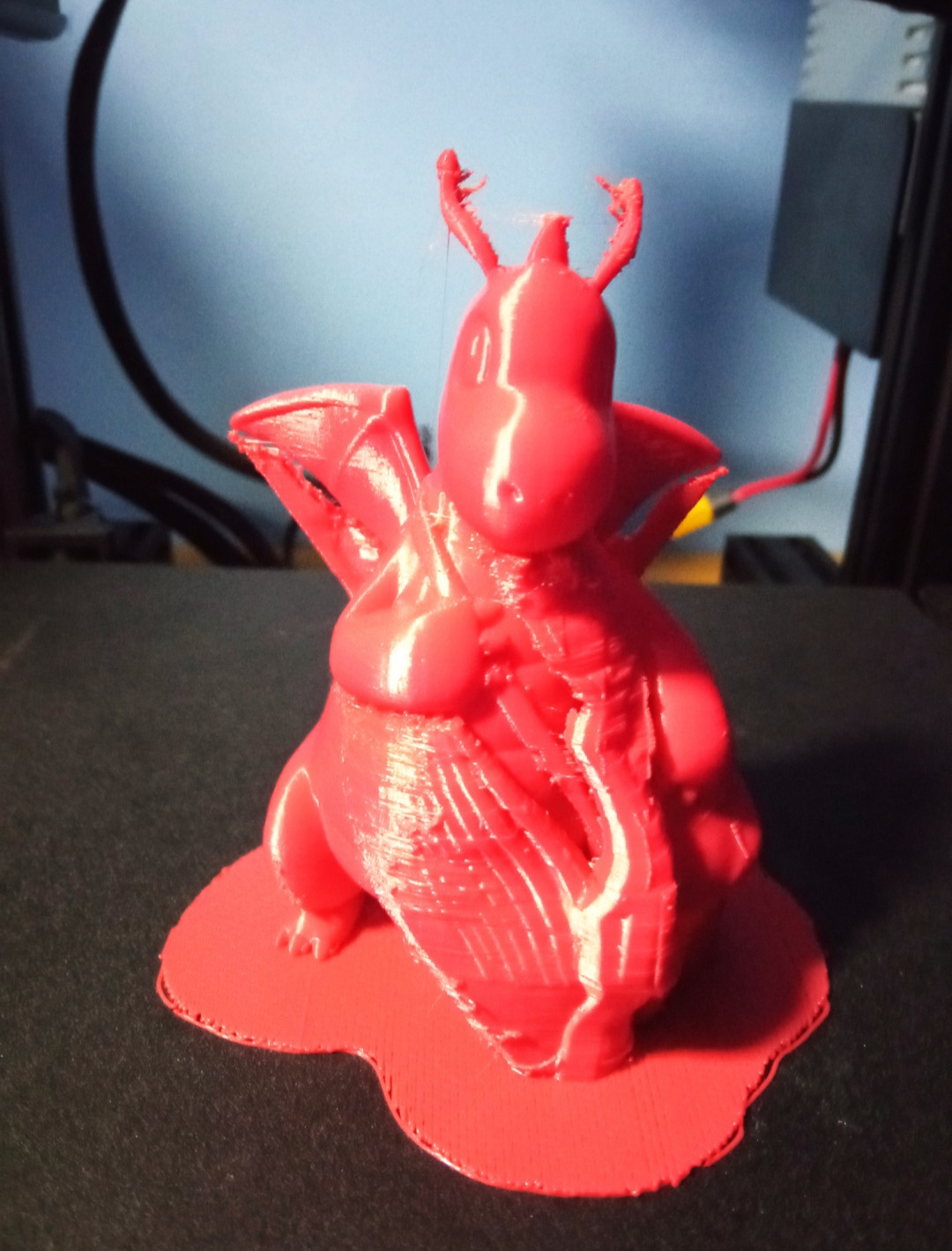 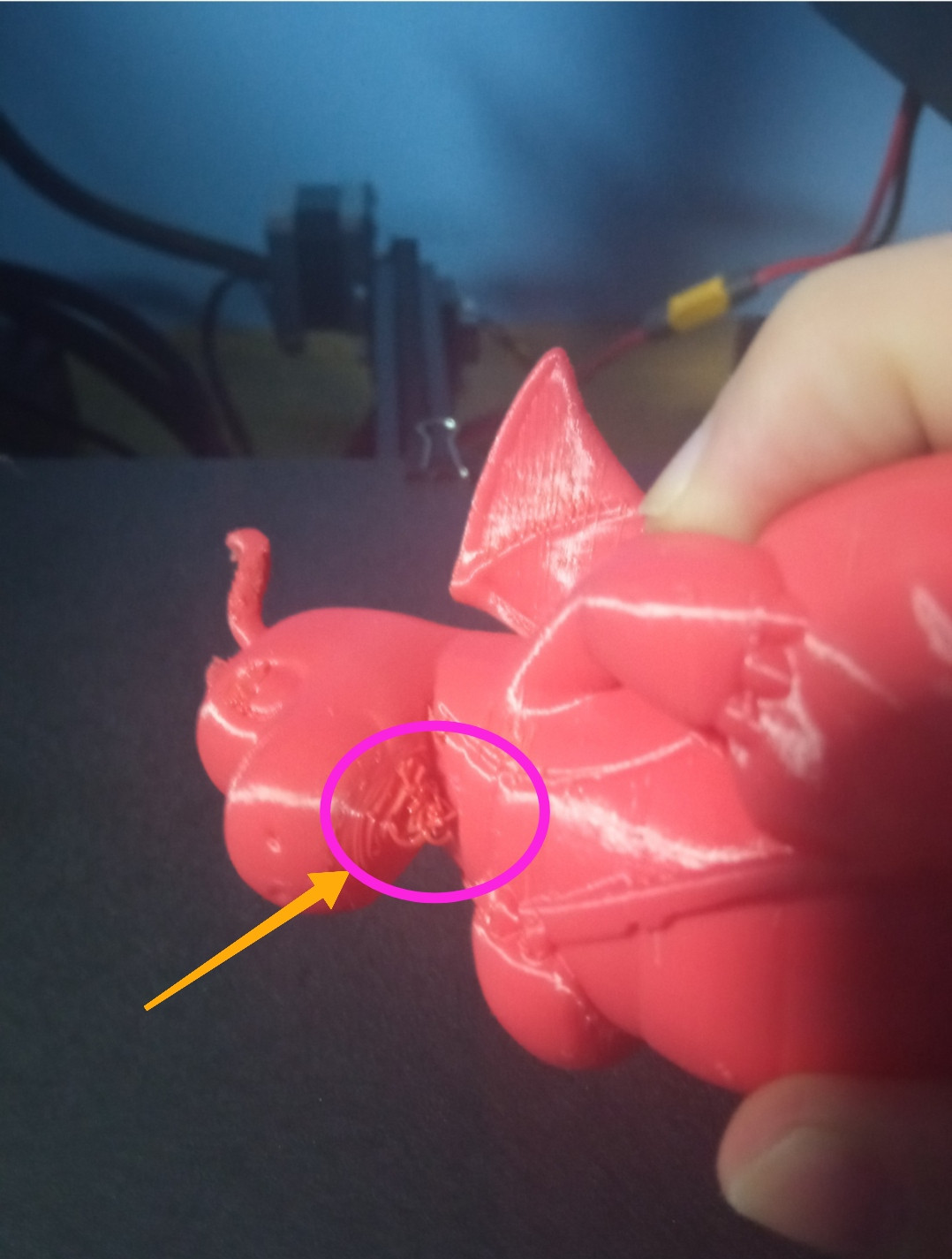 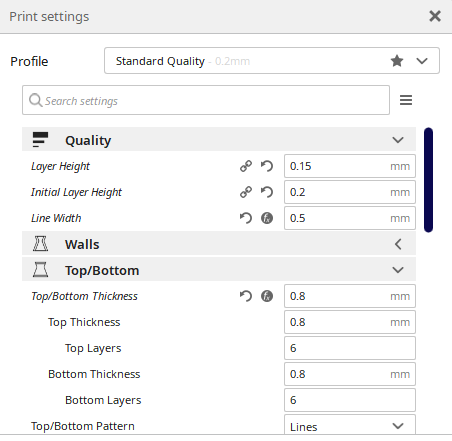 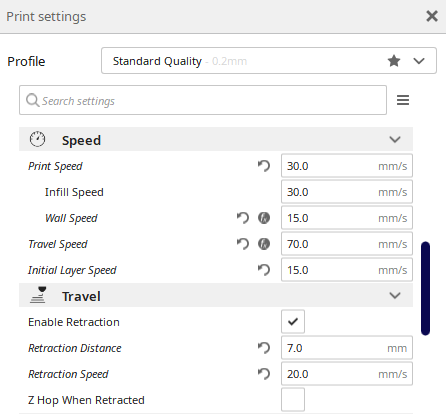 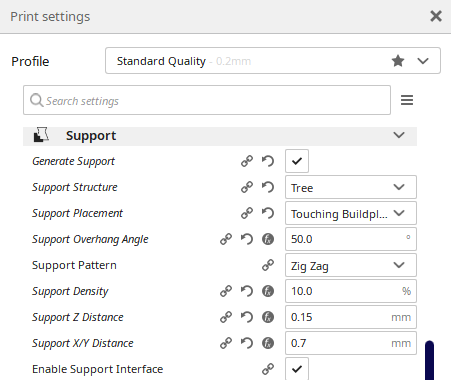 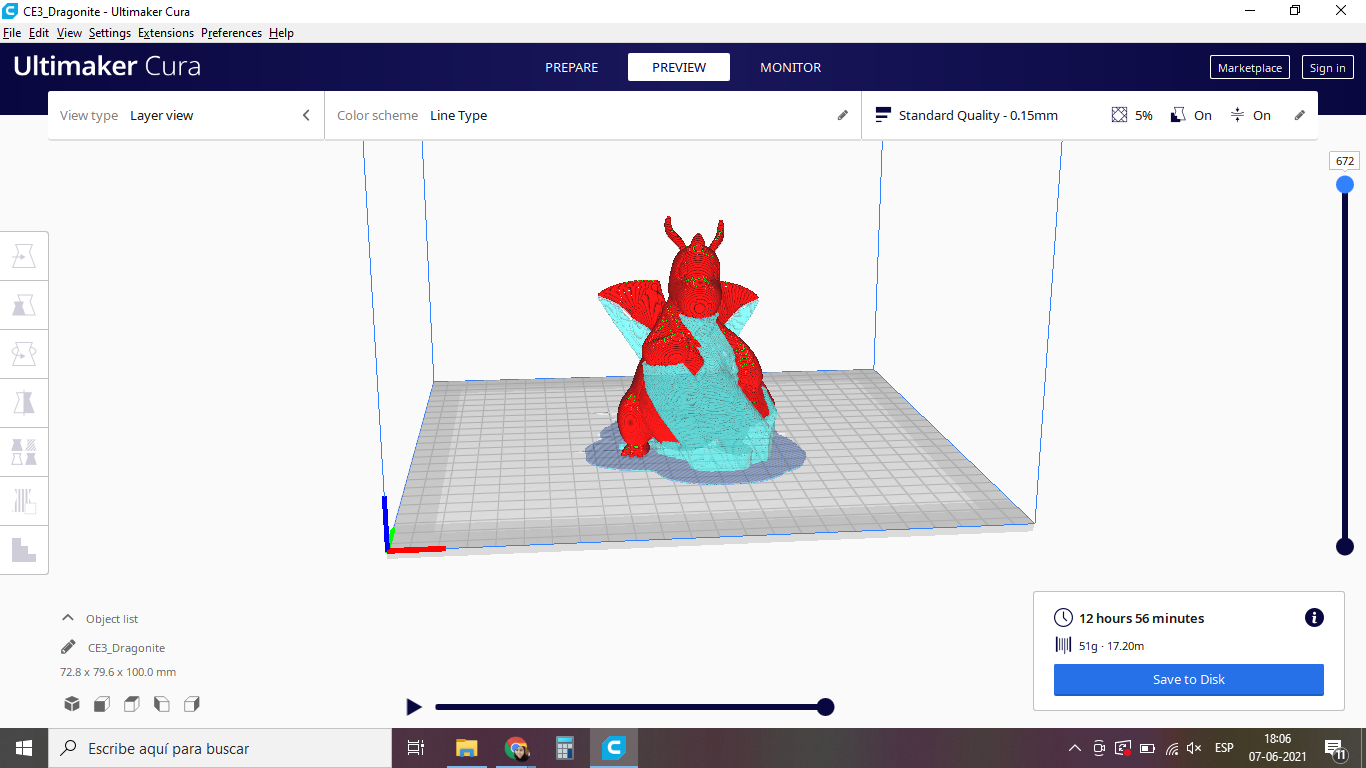 This is caused by insufficient support under the whole chin, incorrect slicer settings and the fact that the chin is an overhang than isn't connected to the model at the lower layers (this means that an island is printed in a sea of support that later becomes a peninsula).

The model is a Pokenmon called Dragonite which was found on Thingiverse. When sliced with the tree support option (note that tree support has been an advanced experimental option probably due to the issues with this support type) Cura builds a tree-like structure of which the stem/branch spreads out just before printing the island of the chin: 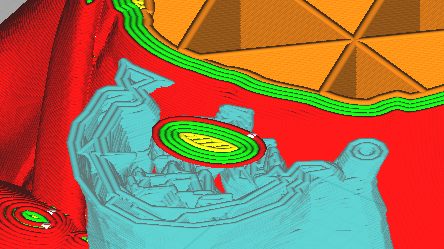 The problem is that the created support isn't enough for the print settings you are using. E.g. from a different view, you can see that part of the chin is unsupported with this support (note that the chin is also pretty flat, so each consecutive outer wall of each layer doesn't have the best contact with the previous layer, this is something you encounter when you print a sphere or rounded corners, that is why chamfers are preferred over rounded corners on bottom layers):

As seen in the latter image, there is quite some distance of the outer wall perimeter that is printed without support and minimal adhesion to the previous layer.

To deal with this you need to dial in the printer for this filament, i.e. do not print too hot, and use sufficient part cooling. Also be aware that you print the inner walls before the outer walls. You can also choose a different type of support, but that could result in supports that are stuck to the model, which are not easy to remove and possibly leave scars. Rotating the model around the X-axis can also be an option I've used successfully on printing miniatures.

I see that you have a minimum support angle of 60 degrees -- that may mean Cura Slicer isn't generating supports for that chin. Try changing this minimum to a lower figure -- 51 degrees or lower. From what I've read, most filaments and settings will allow 60 degrees with PLA, but this is the easy first thing to try to get that chin supported.

On looking at the photo again, I also wonder if what looks like a bad overhang print is actually supports that didn't separate as they should -- perhaps you only need to adjust your Z skip for supports to get them to come off the actual part better.

Following up, I saw a likely cause for this on one of my own prints yesterday -- coincidentally on the chin of a sculpture part. What I observed is that supports for this region, which trailed up the body (as would those for your dragon's chin), likely due to their slenderness, repeatedly got knocked over. The support structure "healed" over several layers after each such incident, but in a very fragile condition that would again get knocked off by a nozzle brush. The solution to this is either to enable Z-hop on retraction (so travel doesn't brush the nozzle across supports printed in the same layer), or to reorient the part so the problem support is shorter and doesn't run right alongside the actual body wall. Z-hop has less effect on other areas of the print.

Additionally, I noticed your support generation setting is "Touching build plate only". You should change this setting to 'everywhere' because it could be that build plate support cannot directly reach the area in question (so a portion of it is residing over an already printed surface). With this setting changed though, double check the rest of your print is not generating unecesssary supports, and if it is, use support blocker feature to get rid of them.

And as a last thought, after changing the setting i mentioned above, also play around with overhang angle and carefully observe how the rendering of the support structures changes (like, really zoom in those gaps and check).

Not the answer you're looking for? Browse other questions tagged creality-ender-3 print-quality .