I’m gearing up for making batch of 30 or so drilled aluminum enclosures (guitar pedals!), and getting the holes drilled accurately is a challenge. I’d like to make a 3D printed drilling template that fits over the box. The plastic alone is too soft to keep from getting deformed by repeated drilling. I’d seen these steel bushing inserts machinists use for their drilling templates. I’d love to use the kind with knurls or ridges so they press into the plastic and won’t get loose and spin.

The only problem is they seem to be unusually expensive- \$8 apiece at McMaster Carr.

The one other question here about these mentions “castable bushings” but are similarly rare and expensive.

Is there a less expensive part that would work well with plastic? Or a clever method for getting an accurate 3D printed drill template that would stand up to repeated use?

This would be used with a drill press and I would be happy with 0.125” (~3.2 mm) drill bits, or similar size, for pilot holes, and drill the holes to various final sizes as a second operation.

The search was helped by putting in the ID you want (1/8” in this case), and getting into the woodworking category, rather than business/industrial.

Edit: Here's a design for 3D printed drill template with the doweling bushings. For the holes that were too close and interfered I'm going to try the suggestion of using pressed in 6-32 steel nuts, but drill them out. 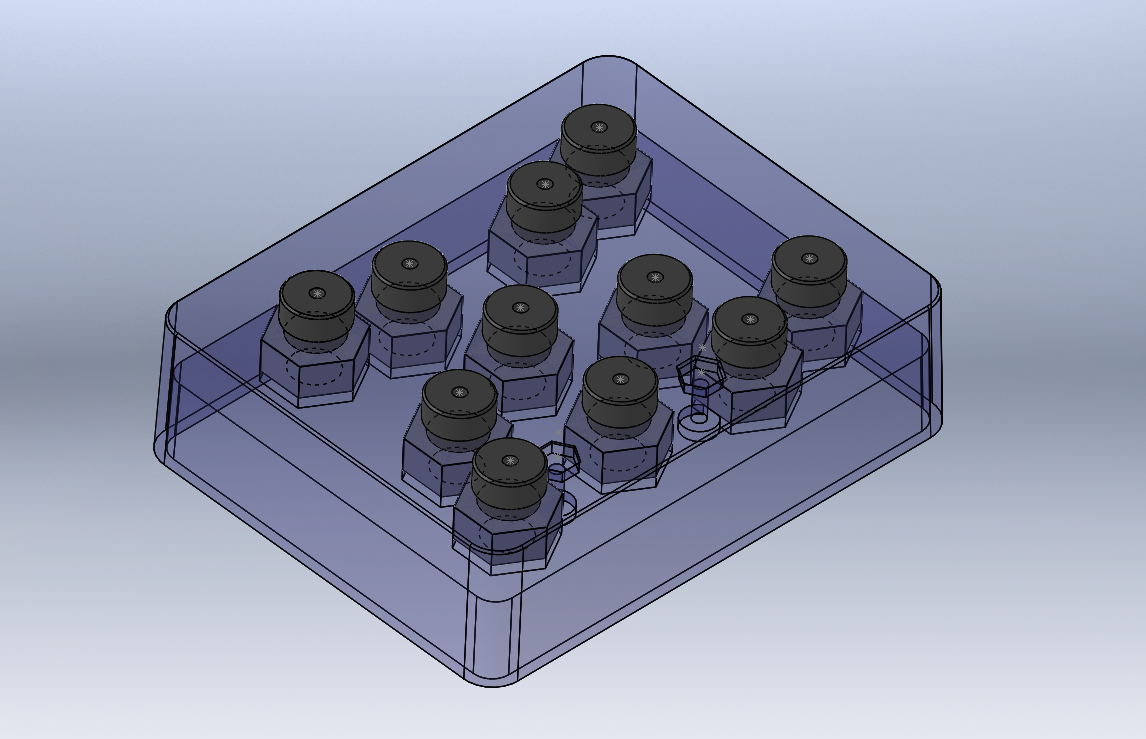 EDIT #2:After drilling a test with the 3D printed drill template, results are underwhelming. The hole pattern is a little undersize, about 0.5%, which has made the holes on opposite sides of the drill template out of tolerance by about .015", not great for matching a PCB. I believe the issue is plastic shrink, which is expressed as a percentage, an error that ends up as a multiplication of size. So the 3D printed drill template, as shown, not reccommended for tight dimensional tolerances without experimenting dialing in the scale with the filament to be used.

Not the answer you're looking for? Browse other questions tagged hardware or ask your own question.

11
What's a good way to secure bushings in a 3D printed part?