Is it normal for belt tension to differ between sides of a CoreXY printer?

When I pluck the belts of my CoreXY printer, I feel significantly different tension between the two idlers on the back and the tension on the sides, between the gear on the stepper shaft and the idler on the back.

Is this normal? If not, what could be the cause?

For reference, I'm using this support for the idlers: 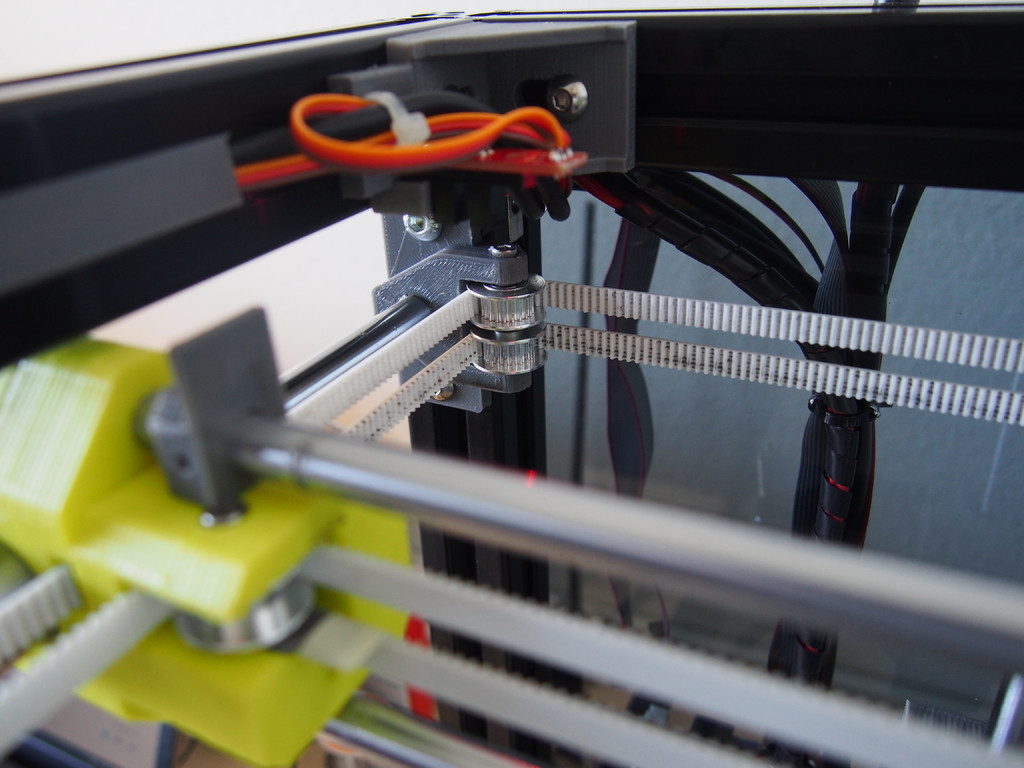 The tension should be equal to allow equal force pulling the carriage. If uneven, this may lead to incorrect/skew prints or binding of linear bearings (from experience). A typical layout of the mechanism is shown below. Note that there are several solutions for placing the belts; they can be in the same plane (where the belts cross in the back, as depicted below) or have the belt each in their own plane (as in the HyperCube Evolution design as depicted in the image of the question). 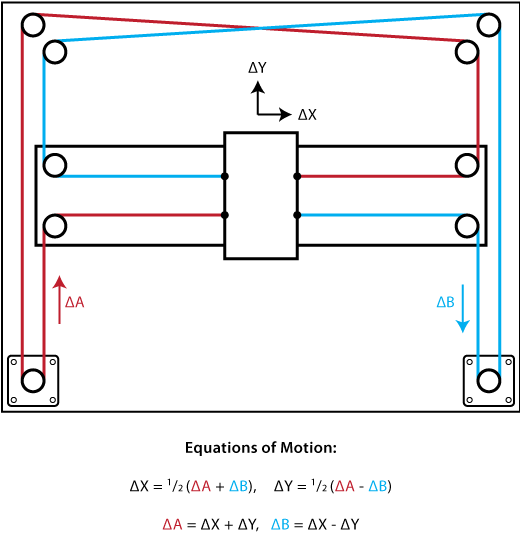 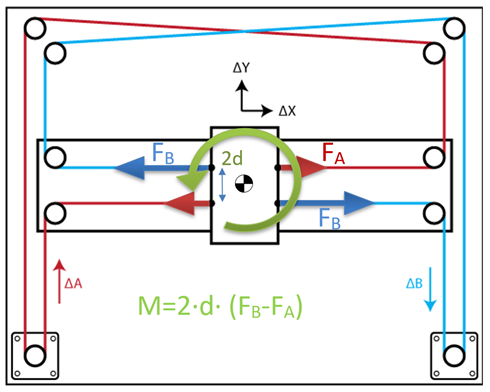 I use a tool (gauge) to determine the tension to compare both belts and make sure the tension in both is the same: 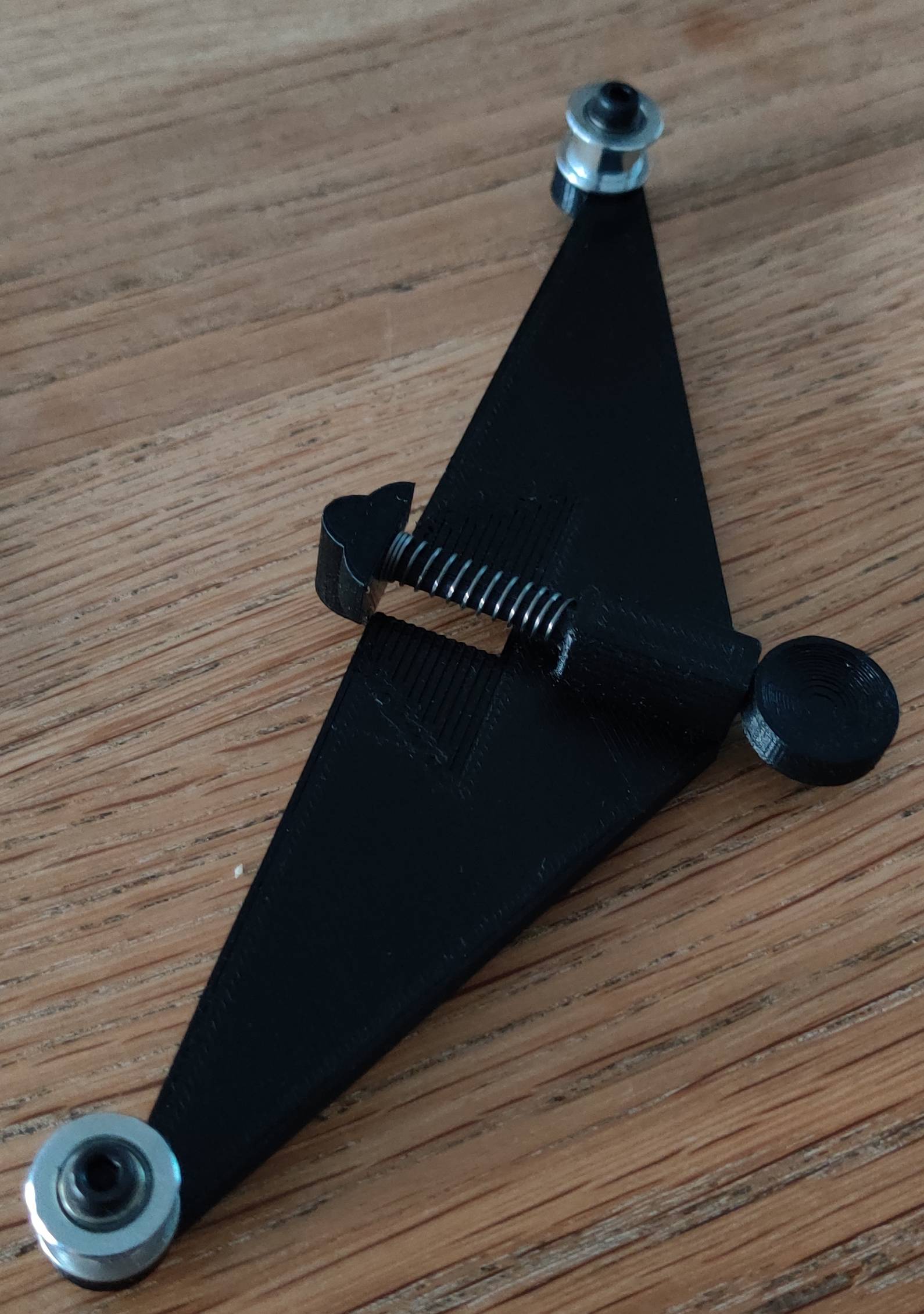 Many CoreXY designs can adjust the tension of the belts at the carriage by screws. Some designs feature the stepper in the back and an adjustable pulley in the front.

The belts of a CoreXY should be identical in length and tensioned simultaneously to ensure proper operation. Any slack or springiness difference will result in prints that are askew. In that case, where the tension or springiness cannot be removed, the Marlin firmware allows for compensations for skewing as M-Code 852

The tension of the belts on CoreXY printers, is always the same in both belts. Since they motion system requires coordinated movement of both belts. You probably need to re tension them both, also check the length. It needs to be identical.

Not the answer you're looking for? Browse other questions tagged belt corexy or ask your own question.