In PrusaSlicer-2.3.3, when there are two instances of an object closer than the support width, the intersecting surface is filled twice; this is what you can see in the center of the picture. The outer perimeters are indeed correct, but the intersection is printed twice.

It would not be so problematic if this was just for one or two layers, but it's also doing it higher, i.e at the support level, and it ruined the print.

So in PrusaSlicer, how do I slice several objects as one object? 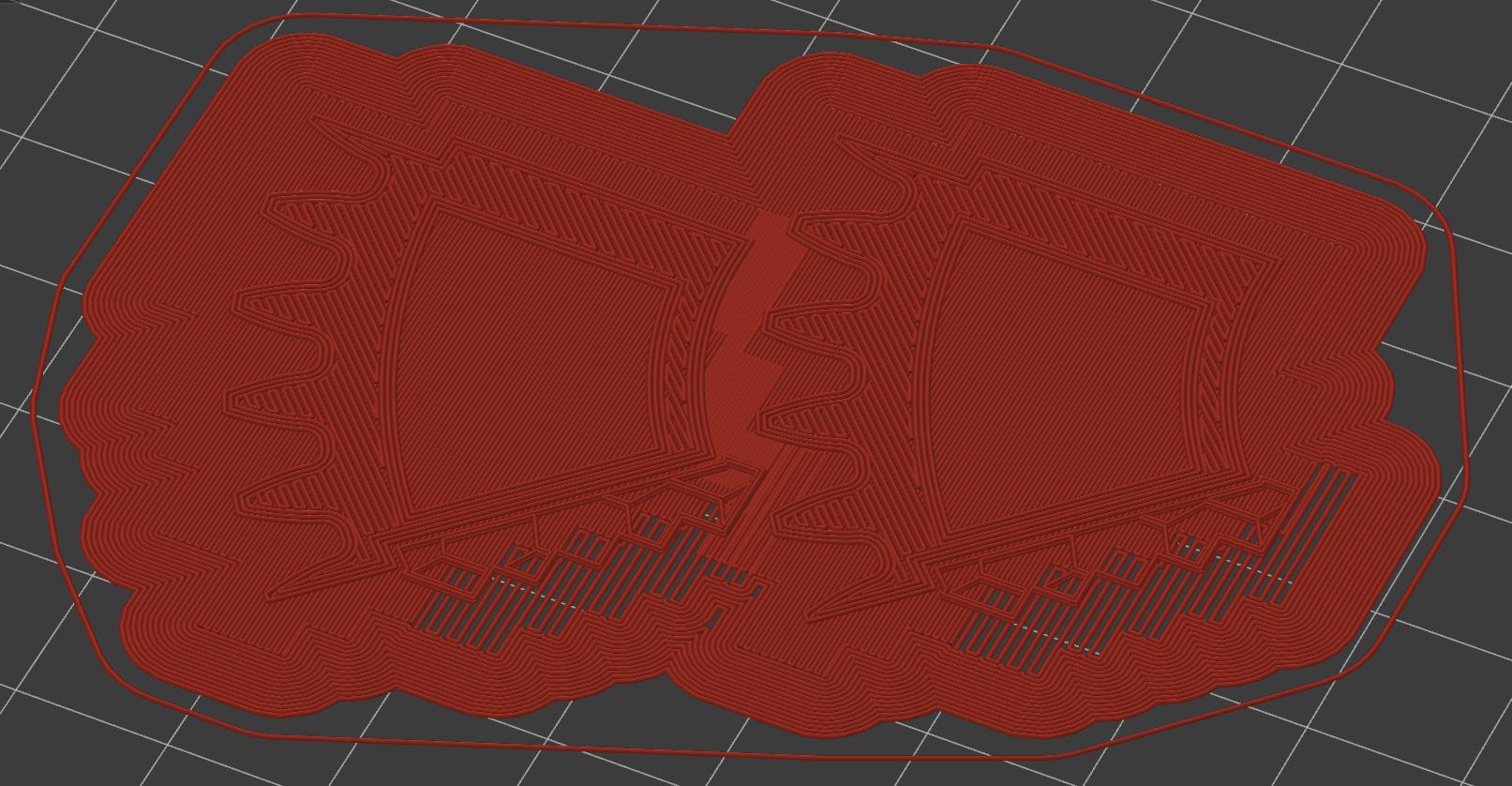 I found the relevant answer here

Did you load them as separate objects (which will do what you describe and is wrong) or add the second one as a sub part of the first object (right click, add part->load)?

The latter takes occlusion into account and clips overlapping areas.

Here is what I learned: you can't merge Prusa "instances", they are just a replay of the same G-code

I assume it is a really useful feature if you want to say, fill the bed with dozen of instances of the same product, if you're happy with the settings and you don't want to mess with it. This will just replicate the same g-code at some other place; that makes sense in a production setting.

However, if you're still building then:

Do hard copies (copy paste), reload the same file, or right click on an object, and Add Part / Load. You can merge those ones (as in: CTRL + click / a.k.a multiple selection), right click / merge , and they will slice as expected (as a whole)

Also, there seems to be a bug in the prusaslicer UI, as you can't reverse the Merge - the objects look like they're trapped under the Merged object once you've committed to it. Set as separate objects is grayed here.