This problem started technically just before a major move but I had hoped it was a "one off" issue... I started up my trusty Ender 3 today to find it may have actually gotten worse and I'm not entirely sure what the solution is. I was printing a replica of a weapon from a game and I noticed at one point through the print I had a rather extreme X layer shift now today after finally getting the printer setup I've come to find the problem may have actually gotten worse, additionally I'm having a strange gap issue on the top most layers of my prints and strange waving patterns. Now I should note my printer is printing within an enclosure and its temperatures have been adjusted for it but this is rather extreme. 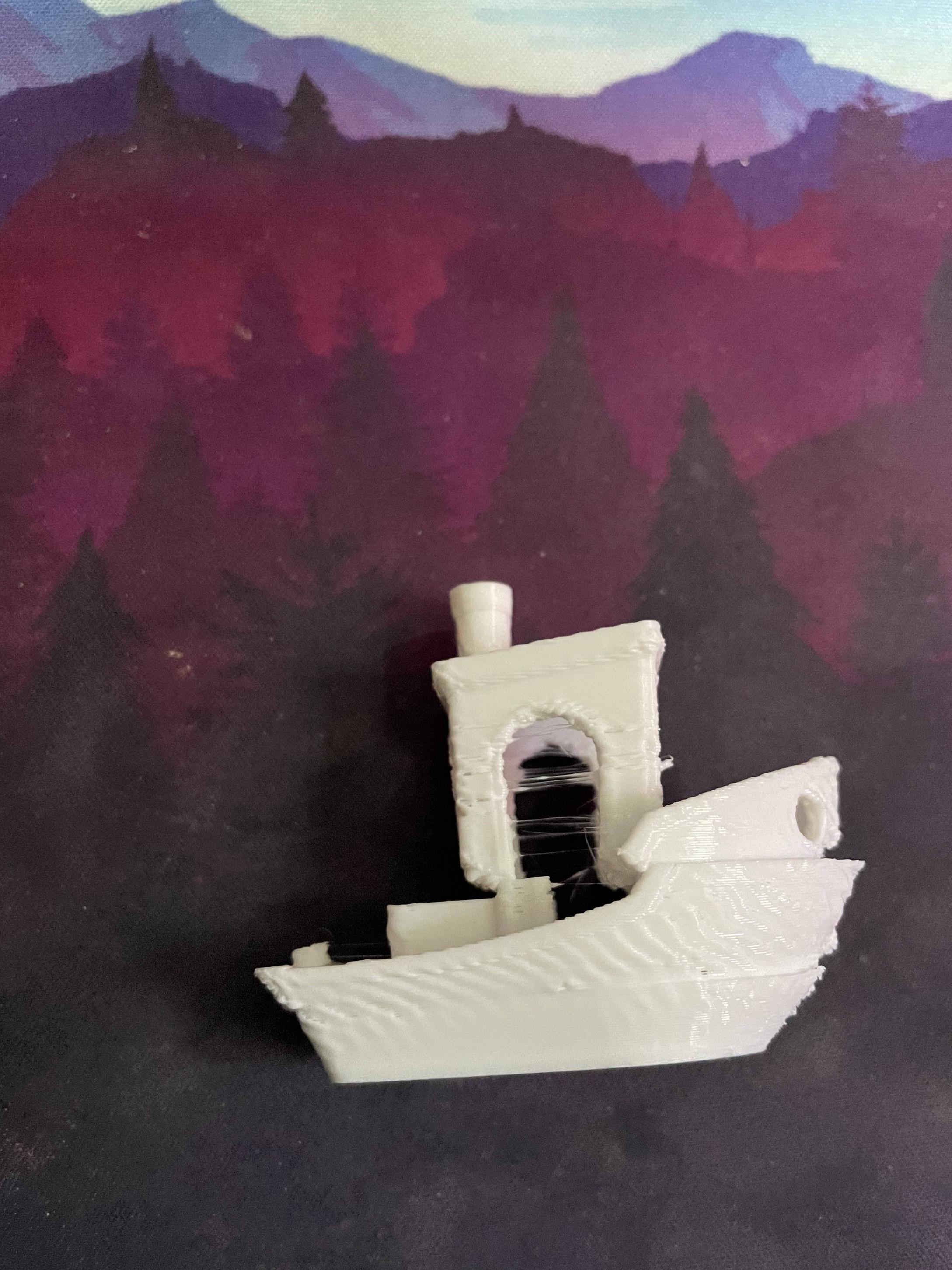 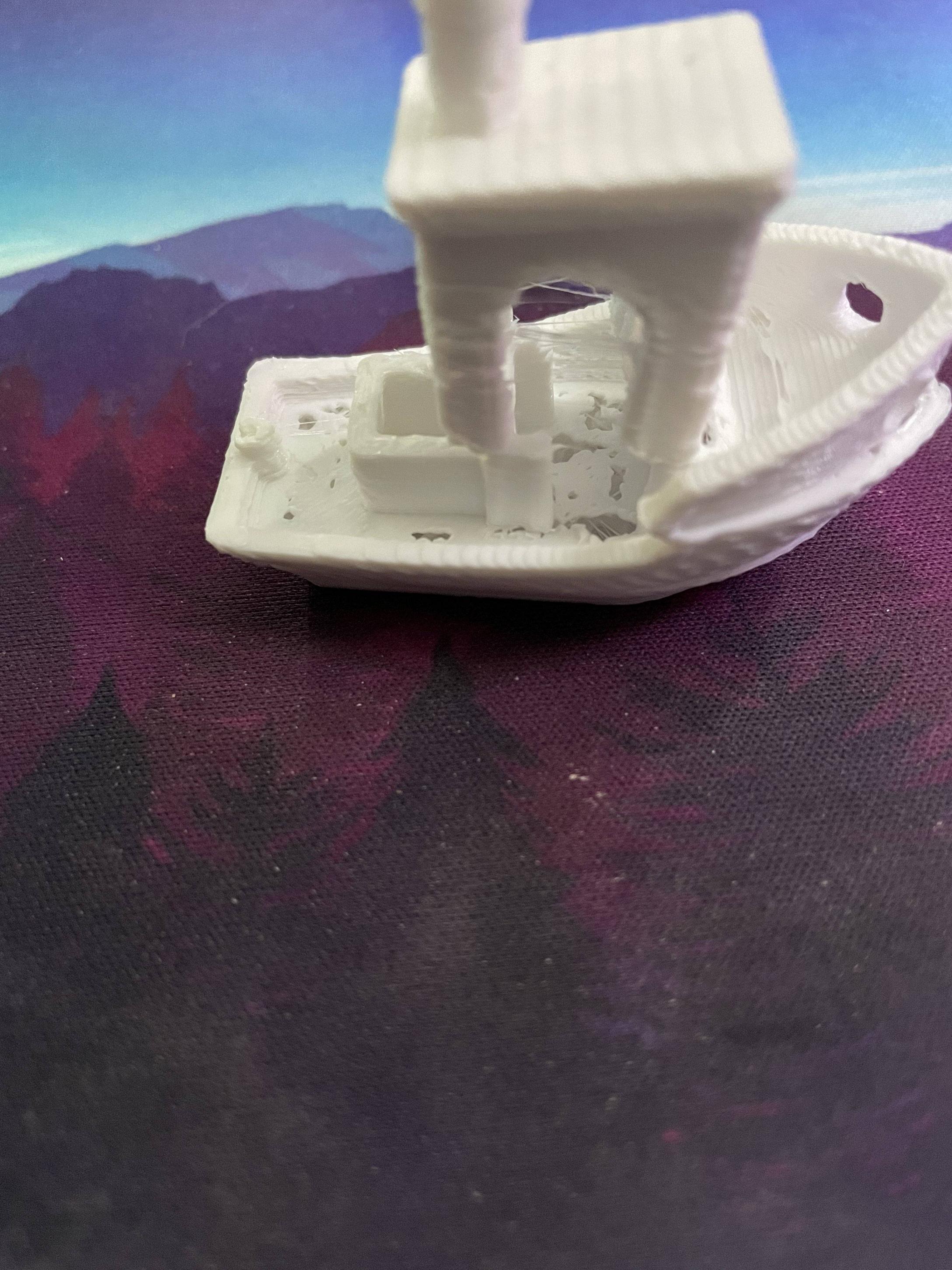 As others have said, shifts in the X-axis are generally from belts at the wrong tension and loose frame screws. Especially after moving, I would say to check all of the frame screws and retighten them to their original torque. Moving a printer puts a lot of stress on its joints and hardware if it’s not handled correctly.

I highly recommend you print a quick X-axis belt tensioner for your printer. It takes no time at all and it did wonders for my Ender 3 when it was having issues with skipping and layer shifting.

Even if your belts feel tight they may not be at the correct tension. This is generally from the belts stretching out over time or the printer just rattling the belt pulleys loose. After printing the belt-tensioner for the X-axis you’ll be able to adjust the tension mid-print if it’s still skipping.

Honestly go ahead and print one for the Y-axis at the same time. Both shouldn’t take longer than an hour.

If all else fails you can buy a new belt(I’d recommend one with some kind of reinforcements embedded in it) for like $10 on Amazon.

Also, as someone else said - it could be a connection short between your computer and printer If you’re printing straight from the USB cable. I’ve had a ton of trouble with that in the past which is why with the nurse three I decided to just put all of my prints on the SD card and start them from the screen on the printer, it saves on the headaches and you can at least rule out your PC and the Printing software as the culprits.

Some things that can cause this.

I've seen a power glitch cause a single offset in print when the computer has battery backup, but the printer does not.

Not the answer you're looking for? Browse other questions tagged creality-ender-3 pla troubleshooting or ask your own question.

12
Troubleshooting poor adhesion at the edge of the bed
6
Perplexing Y-axis shifting problem - only in positive y direction, and only on moves of a very specific radius
3
Makerbot Replicator (5th generation) poor print quality
3
Ender 3 X axis not level
3
Y-axis layer shifts with recent Marlin on Ender 3
5
Weird temperature graph and thermal runaway protection triggered
1
What kind of problem is this? How does it correct itself?
0
Ender 3 - extruder stepper skipping
1
What makes a new nozzle clog before I can finish the print?
1
Is enclosure without ventilation enough to keep VOC's and printer fumes from leaking into my room?