Will a 3D scanner capture internal details within an enclosure?

I'm contemplating buying a 3D scanner, but they're pretty expensive so I'm looking for advice on whether they will actually be useful for the projects I have in mind. So with the picture below as an example, could I expect to generate a usable STL file by scanning this? 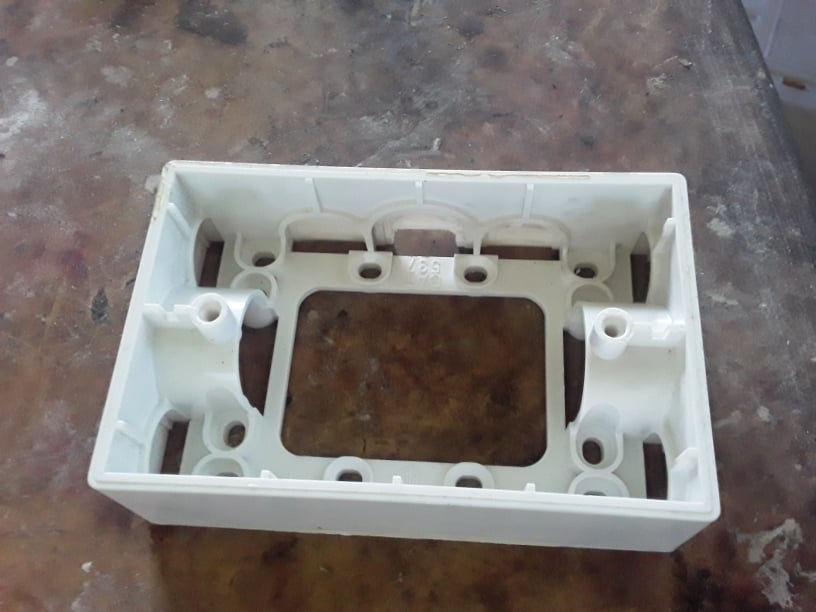 If you require precise scanning capability, for the purpose of reverse engineering, a photogrammetric scanner may not provide that precision. As you've noted, many scanners are quite expensive and with higher precision comes higher expense. The professional grade scanners will provide resolution figures based on a sample size. For example, a particular scanner will advise for 1.0 mm for an object of 1 meter (example, not necessarily reality) and the resolution may be worse for a larger item.

Having a stationary object provides for a better result. Living beings tend to move, making it difficult to scan with any detail. Reflective objects may require a non-reflective coating (chalk paint) to remove detail-damaging specularities.

I have what is known as a structured light scanner (SLS). It calibrates by using a known pattern and projects varying light/dark patterns on the calibration panel. This calibration sequence is then used when the object is scanned. The distortion and light/dark changes are then converted into the 3D mesh, which is later converted to an appropriate object, such as .STL, .OBJ or other formats.

In the case of the object in the image, one would perform repeated scans while rotating the item on a turntable or similar work space. These are nested and processed by the software as noted above. With the walls, recesses and holes in the pictured item, it will be necessary to place the object in various orientations, by resting it on a flat side, or upside down. The software may automatically adjust the new scans, or may require point identification to begin the automatic sequence.

Unfortunately, these SLS devices are also not particularly inexpensive, but such a term is fairly subjective. From a hobbyist standpoint, it could be considered big bucks. For a prototyping operation or especially from a production environment, the cost may be a small portion of the budget.

David SLS is one such device. Amazon has a listing (unavailable) as does Walmart (out of stock) priced at US$2360. Not inexpensive, but not astronomical. The listing from Amazon specifies 0.1% of overall size. For a 150 mm wide object, that would mean 0.15 mm resolution.

A more budget solution is presented in

with lots of detail posted at https://www.jeffgeerling.com/blog/2021/modeling-my-grandpa-3d-photogrammetry

Essentially it's some fancy PC software to stitch together a lot of digital photos of an object, and produce something you can print. The code used was COLMAP + OpenMVS and is explained in gratuitous detail in https://peterfalkingham.com/2018/04/01/colmap-openmvs-scripts-updated/

Not the answer you're looking for? Browse other questions tagged scanning .